Big entertainment companies and studios like Disney have often altered or removed lines of dialogue and cut certain scenes from films or TV shows to avoid offending governments and communities. Shang-Chi is the latest example. 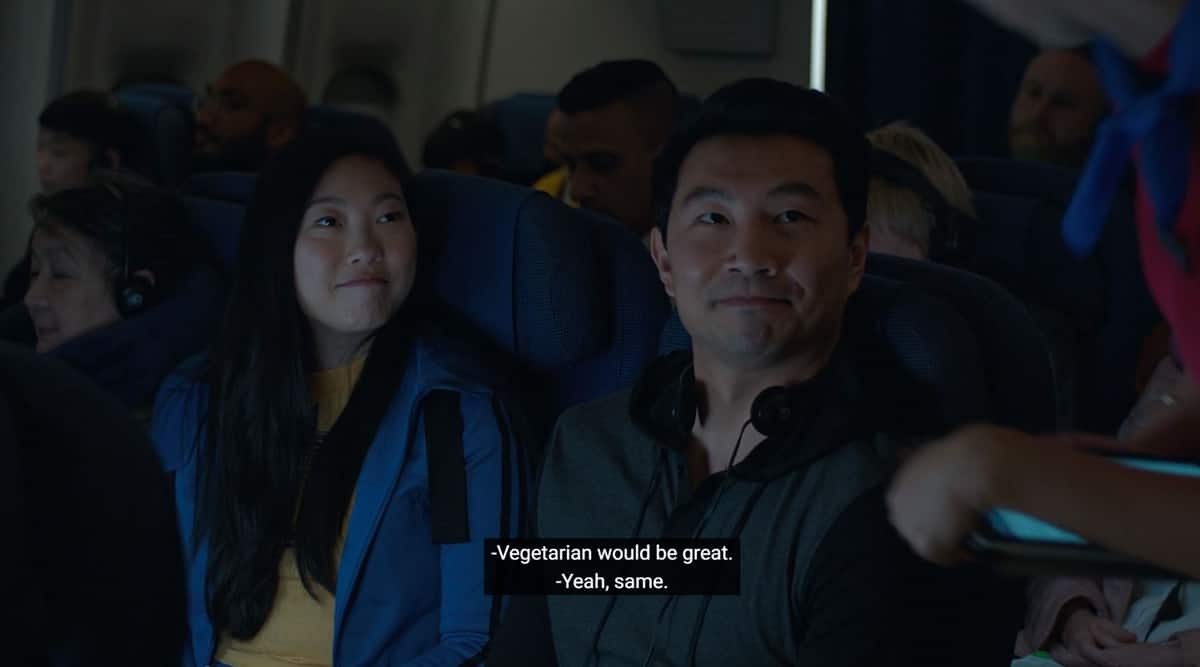 The scene in question has the titular superhero (Simu Liu) going to China with his friend Katy (Awkwafina) to find his estranged sister. In the flight, Shang-Chi is narrating his backstory to Katy (and the audience) and suddenly they are interrupted by a flight attendant.

In the original audio, the attendant asks them whether they will have beef or vegetarian, as there is no chicken and those are the only two options. Katy responds, “Vegetarian would be great.” Before Shang-Chi can continue his story, the attendant interrupts them again to say there is no vegetarian either, so beef remains the only option.

But in the Hindi version, the original options are vegetarian or non-vegetarian. The attendant adds there is actually no non-vegetarian food available. When the two say they want vegetarian, she tells them that there is no option in vegetarian either, so their only option is is veg biryani (which, as the name suggests, is vegetarian).

The change was noticed by a Twitter account called @RohitThayyil. The tweet and the comments below the tweet suggested that the change is there also in other Indian languages. For instance, beef becomes upma in Tamil and bread omelette in Malayalam.

One person wondered whether Marathi version would change it to vada pav.

The change is not surprising. Slaughtering cattle and serving beef is banned in a majority of the states in India and is taboo for most Hindus. And big entertainment companies and studios like Disney have often altered or removed lines of dialogue and cut certain scenes from films or TV shows to avoid offending governments and communities in not just India, but other markets like China and the Middle East.

Disney’s latest Marvel movie Eternals had a gay kiss scene in the movie that was not deemed fit to be seen by their people by governments in Gulf countries like Saudi Arabia, Qatar, and Kuwait. The movie was thus banned. A few reports say the House of Mouse is contemplating removing the offending scenes from the film, so as not to lose such profitable markets.