Okay, Bollywood’s ma may enjoy an enviable position in the movies, but daddy is not far behind!

On Father’s Day, June 20, Joginder Tuteja looks at onscreen fathers who have impressed over the years.

He has played a father several times in the movies, and we’ve probably loved them all.

Recently, his revengeful act in Badla and comical avatar in 102 Not Out stood out. Though he has played a variety of roles in the last three decades, Akshay’s father act in Jaanwar stands out.

His biggest hits, playing a father, have been in Rowdy Rathore and Heyy Babyy. 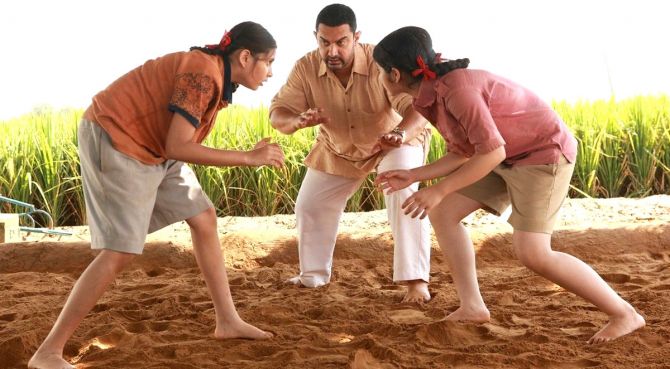 In Akele Hum Akele Tum, Aamir played father to a young boy whose mother (Manisha Koirala) had left the family.

But the biggest risk he took was by playing an older man in Dangal, who pushed his daughters (Fatima Sana Sheikh, Sanya Malhotra) to become wrestling champions. Shah Rukh has not shied away from playing a father in different kinds of stories.

In Kabhi Alvida Naa Kehna, he played a father who ignored his only son.

In Ra.One, he played a loving father to a boy for whom he designed a reality video game.

His most poignant act as father was in My Name Is Khan, who just wanted his son to be normal, unlike him. 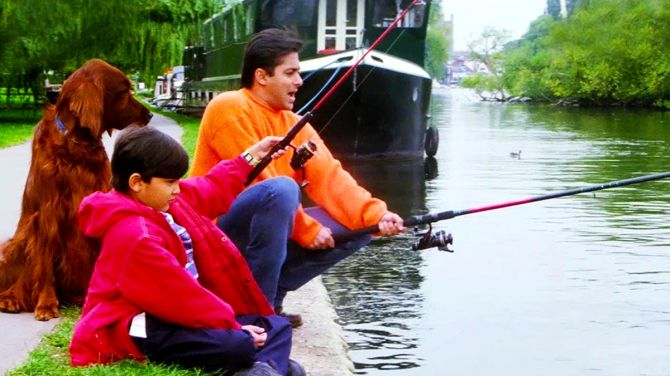 More than two decades ago, Salman played father to a young boy (Aditya Narayan), who mysteriously enters his life in Jab Pyaar Kisi Se Hota Hai. It was a fun chemistry between the duo.

Later, in his all time blockbuster Sultan, he played father to an infant who loses his life. InChef, he forged a beautiful bond with his son.

But his coolest act was seen in Jawani Jaaneman where he hits upon a young woman, only to realise that she is his daughter. 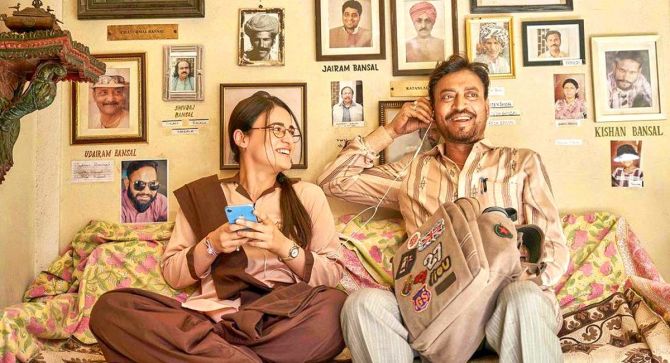 Irrfan played a father as only he could.

The Namesake saw him at his poignant best, D-Day had him craving to bring back his son to India, Madaari saw him avenge the loss of his son while in Hindi Medium and Angrezi Medium, he wanted the best education for his daughter. In two of Hrithik’s most challenging films, Krrish and Krrish 3 had him played a double role of a father and son. Anil Kapoor is enjoying newer roles year after year. Recently, he was seen as himself in AK vs AK where real and reel life met. In the film, his daughter Sonam gets kidnapped, and Anil is devastated.

Before that, he played dad to Ranveer Singh and Priyanka Chopra in Dil Dhadakne Do.

He was the best part of Race 3 as Daisy Shah and Saqib Saleem’s father while in Ek Ladki Ko Dekha Toh Aisa Laga, he put on a touching performance with daughter Sonam. Ajay is probably the only mainstream superstar to start his career as a father in his debut film, Phool Aur Kaante.

In Taarzan: the Wonder Car, he turned into a car while in U Me Aur Hum, he played an older father.

Atithi Tum Kab Jaoge? featured him as a harassed family man while in Shivaay, he was on a mission to save his daughter from the Russian mafia. In a challenging turn, directed so well by R Balki, Abhishek played father to his real life dad in Paa.

Abhishek truly deserves far more appreciation for his work than he gets. Baaghi 2 was a hardcore action entertainer which didn’t have room for any fatherly emotions, but the little space that he did get, it was heartwarming to see Tiger in a different mode. 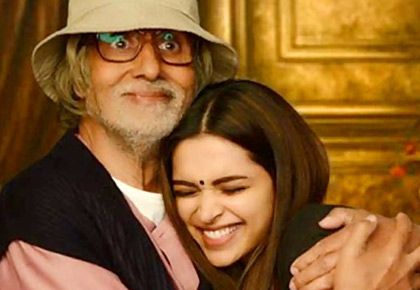