Mission Over Mars first impression: Right off the bat, director Vinay Waikul establishes a concrete premise and invites us to not only witness the lives of four women but, at times, also live it with them. 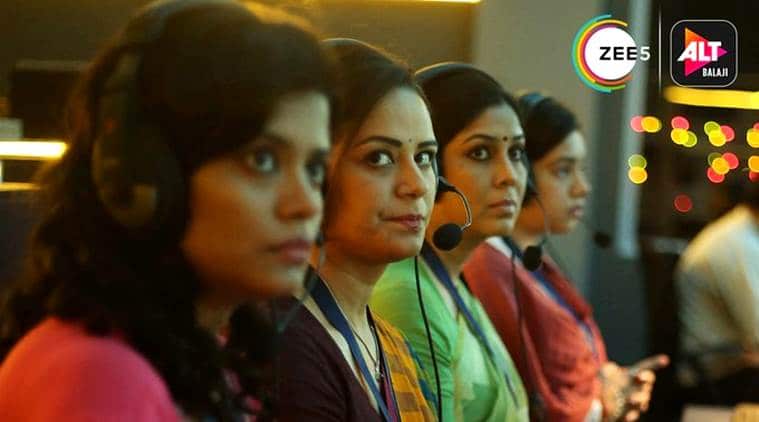 Mission Over Mars, a fictionalised account of the women behind Mangalyaan, recently started streaming on ALTBalaji and ZEE5. Even before its release, I kept wondering if it would be like Akshay Kumar and Vidya Balan’s Mission Mangal or will it find its own footing. Well, I believe I can vouch for it being a better telling of India’s maiden mission to Mars and the story of the women who were the driving force behind it.

Right off the bat, director Vinay Waikul establishes a concrete premise and invites us to not only witness the lives of four women but, at times, also live it with them. He induces several emotions and gives reasons to root for them as they work towards reaching Mars.

The first episode begins with the childhood of Moushumi Ghosh (Mona Singh) who aims for the stars and works hard towards her dream of becoming a scientist. She is not the one who will be bogged down by failure. Through her, we are introduced to Sakshi Tanwar as Nandita Hariprasad, a no-nonsense project coordinator and a helicopter mom, Nidhi Singh as Neetu Sinha, a simple-sweet woman with ardent belief in astrology despite being a scientist and Palomi Ghosh as Meghan Reddy, a free-spirited girl on a lookout for a perfect partner and is an asset for her team.

Writer Sambit Mishra has created relatable characters in Mission Over Mars. Their daily struggles are similar to any working woman, just that their ways of dealing with them involves science and technology. For instance, Sakshi keeps an eye on her teenage son by installing a chip in his phone.

Every episode breaks down the various challenges, from technical deficiencies, lack of budget, workplace politics, gender discrimination to lack of support from the higher officials and government, faced during the ambitious mission to Mars, thus compelling you to binge-watch the series. Through lucid dialogues, the makers try to make the complex scientific jargons seem simple to a layperson. And, as of now, the element of patriotism isn’t played up aggressively.

However, after the first two episodes, the pace of the narrative gets a tad bit slow, distracting you a little. However, it manages to pull you back towards the end of the episode. But, where the series falters is in overdramatising a few situations making them look too filmy. Like the project head, K. Murlidharan (Ashish Vidyarthi) repeatedly saying “Mars, Mars, Mars” as he tries to encourage his team of scientists to shine. I wonder if ISRO’s project managers do such a thing to motivate their teams. Also, Mona Singh and her husband fighting at the top of their voices in Indian Space Agency’s laboratory over a team member is just bizarre. That said, in terms of performance, Tanwar and Singh live up to the standards they have set for themselves through their previous performances. They are flawless and keep you hooked to their story. Nidhi Singh and Palomi Ghosh show potential to match up to their seniors. Ashish Vidyarthi fits perfectly in the role of project director and other supporting cast add to the performance of the lead stars.

In my opinion, you can definitely binge-watch this feel-good story of four women who are ready to go to any length to achieve their dreams.