Netflix released Money Heist Season 5 Part 2's exclusive clip at its fan event Tudum. It shows the upcoming part will be a game of survival for the gang who believe The Professor is no more around to rescue them from the Bank of Spain. 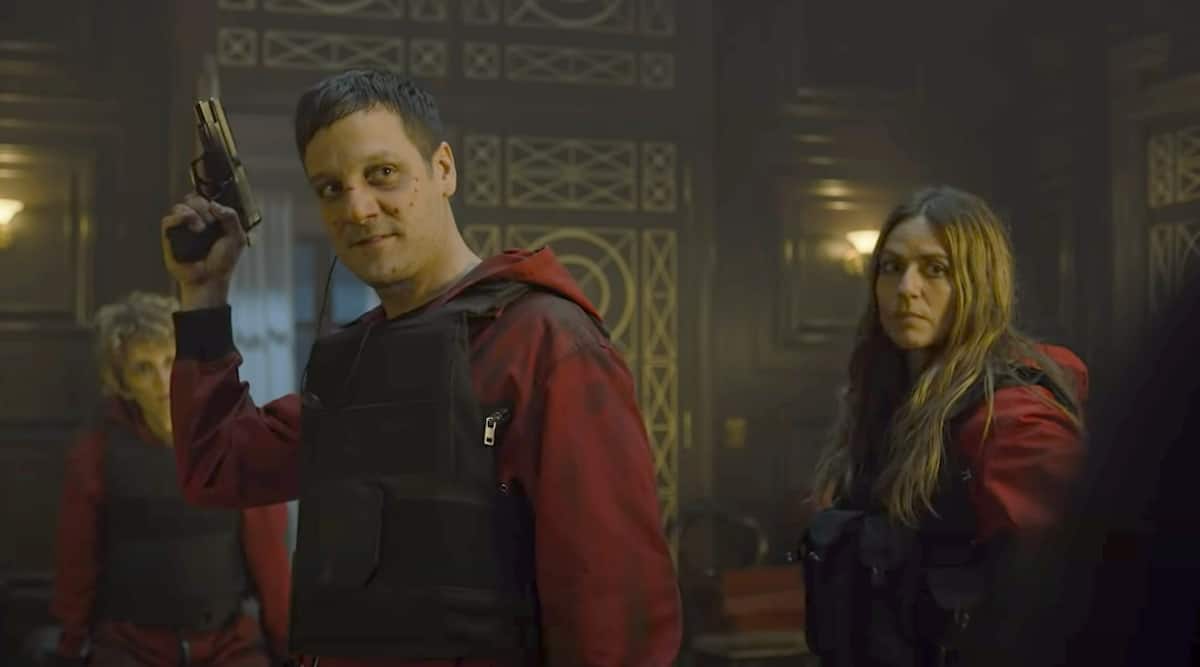 It’s no more a game of tears and revenge. Going forward, it’s all about survival. The Money Heist season 5 part 2 is set to be a race to the finish line for the robbers, who now have the sole motive of walking out of the Bank of Spain alive!

Netflix on Saturday released an exclusive clip from the second installment of La Casa De Papel or Money Heist’s final season on the sidelines of its global fan event Tudum. Actor Alvaro Morte, who plays The Professor, unveiled the teaser, as he also thanked fans for their outpouring of love for the season’s first part.

The nearly two-minute-long video has the remaining team members trying to take a united call about how they plan to escape from the bank and what they should do with the gold.

The scene has Lisbon, Palermo, Denver, Stockholm, Manila and Rio discussing about whether they should use the 90 tonnes of gold they melted to escape, or leave it behind and save their lives. Raquel aka Lisbon is under the impression that The Professor has “disappeared” presumably after the mastermind fails to respond to her walkie-talkie call. She raises the concern about the gold, leading to an argument.

While Palermo is adamant to take the gold out, Denver mocks at him that his plan is to use it as a “hostage” to negotiate with Colonel Tamayo. Rio, distraught after the death of Tokyo, raises doubts that the police might be present at the stormwater tank from where they plan to sneak out. Also, Manila believes it’ll end up as the “stupidest robbery” if the cops get hold of it. Stockholm, on the other hand, calls out Palermo not being concerned about the survival. But, Palermo claims he’s sure that the stormwater tank hasn’t been busted yet.

Point to note in the particular clip is how Lisbon is carefully listening to the entire argument while thinking hard most probably about the best option and also guessing about the status of The Professor. In the midst, we also get a glimpse of Benjamín who is hearing the entire conversation on an earpiece. Looks like he’s at the other end of the escape route which the gang needs to take. 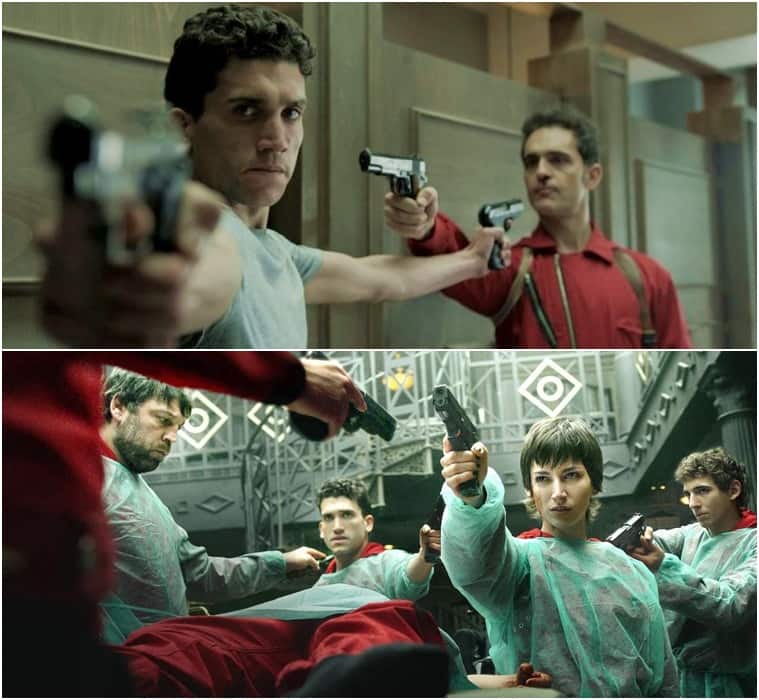 As we know, the team has always agreed to disagree, and the scene is a Déjà vu of what happened in season one and three, with the robbers pointing guns at each other, first when Berlin discovers that Denver didn’t abide by his orders of shooting Monica (now Stockholm), and later when they picked arms when Palermo tried to dictate his terms.

Whether or not the team will be able to arrive at a consensus is yet to be seen. At least we know that the absence of Nairobi, who mostly acted as a pacifier whenever her mates went berserk, will have a far flung effect on their camaraderie this time.

Money Heist 5 part two will release on December 3. It’ll also bring curtains down on the Spanish crime drama, which has remained one of the biggest shows on the streaming platform and a global success for the past few years.