After Neeraj Chopra won the first gold medal for India at the Tokyo Olympics, Indian celebrities took to social media to celebrate the historic moment. 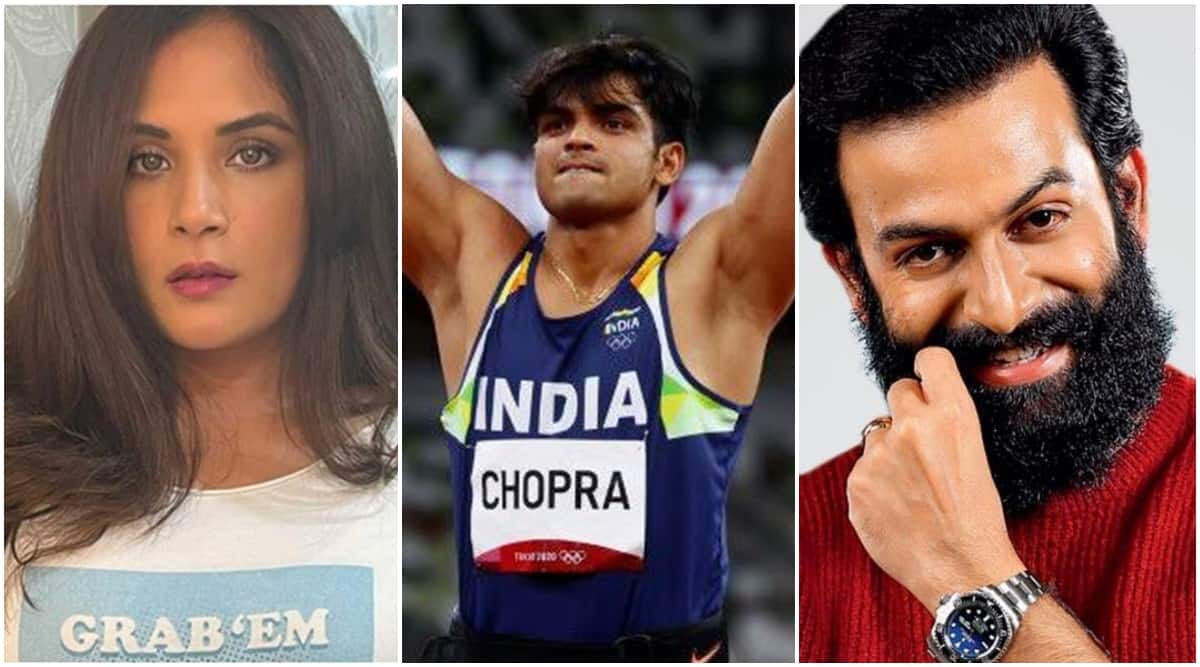 Neeraj Chopra on Saturday clinched a gold medal with a stunning throw of 87.5m in the men’s javelin throw final at the Tokyo Olympics. With the win, Neeraj became only the second Indian to win an individual gold in the Olympics, and the first to notch up a track and field Olympic medal for the country.

After Neeraj won the first gold medal for India at the Tokyo Olympics, Indian celebrities took to social media to celebrate the historic moment.

Richa Chadha posted on Twitter, “GOLD! @neerajchoprajav. so good in the first two attempts that the third attempt didn’t matter.”

“This is actually an incredible achievement! The greatest by an Indian athlete ever,” Sudhir Mishra said via Twitter.

Nivin Pauly posted on Twitter, “A 23 year old scripts history for India in track and field – our first medal in athletics in 100 years! And a #GoldMedal that too! Congratulations @Neeraj_chopra1 #TeamIndia #TrackandField #Javelin #Cheer4India #Tokyo2020 #Olympics2020”

Manoj Joshi shared a photo of the “Hum jeet gaye (we won)” moment from Lagaan, and wrote, “Shaabash #NeerajChopra. You make us proud. Historic win for #IND.”

Taapsee Pannu expressed her delight, writing on Twitter, “It’s a gold!!!!!!! I am jumping with Joy!!!! This young man Neeraj Chopra has created history !!!!!!!.”

Ajay Devgn wrote on Twitter, “Congratulations Neeraj Chopra on your win at the Tokyo Olympics. More power to you! You’ve made your parents & India proud. Can’t tell you how happy I am. This is awesome 👏 #NeerajChopra #TokyoOlympics.”