‘I am really happy with how people remember my character.’

Udhayabhanu Maheswaran has a small but key role in the second season of The Family Man 2.

But even in those limited scenes, the 51-year-old actor grabbed the audience’s attention.

Since The Family Man 2 beganj streaming last Friday, June 4, his character Chellam Sir has inspired many memes on the Internet.

Even though this is Udhayabhanu’s second guest role in a Hindi film — he had a cameo in Shoojit Sircar’s Madras Café — the Chennai-based actor-director seems to be enjoying the attention and appreciation coming his way.

He tells Divya Nair/Rediff.com, “I thought maybe people will find him funny and even laugh when they see him on screen.”

How did you become a part of The Family Man 2?

The company had come to Chennai to cast people. At that time, I was acting in Tamil movies.

I actually auditioned for the character Deepan, played by Azhagam Perumal.

When I didn’t get a call for two months, I forgot about it. I thought they must have found someone.

A few months later, I got a call.

They said, there is one more role, can you do it?

They narrated (Chellam’s) character over the phone.

The first season of The Family Man was already a hit, so I wanted to be a part of the second season.

I knew it was a small role, but I was getting to work with Manoj Bajpayee; he is such a wonderful actor.

The entire team is so good.

It was a good career experience for me. 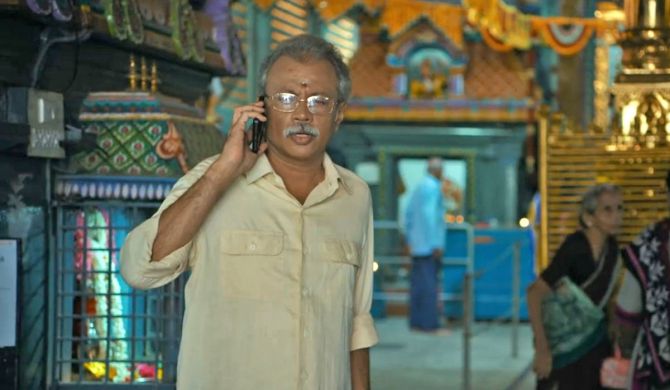 Did you anticipate that your character would get noticed?

In fact, when I was acting, I never thought it would be such a big thing.

But since I am also a writer, while doing the scenes, I felt this character could be fun.

Like some of the things he does… I thought maybe people will find him funny and even laugh when they see him on screen.

But I am really happy with how people remember my character.

Usually, my family never comments about my work, but now, they are also happy.

How did you prepare for this role?

There was no preparation. We barely shot for four days between Mumbai and Chennai.

Director Raj (Nidimoru) sir would meet me on the set and explain what he wanted and I would do exactly that.

I didn’t make any changes or improvisations.

Raj and DK are very friendly to work with.

They made me feel very comfortable, so there was no pressure. I just did what they told.

You previously worked in Madras Cafe.

It happened because of Shoojit (Sircar, director). I'[ve known him for a long time.

In fact, I wrote his first film Yahaan.

So when Shoojit was working on Madras Café, I was helping him cast actors for the south segment.

When I went for the shoot in Kochi, he offered me a small role.

Those days I was busy with writing and directing. I wasn’t serious about acting.

I said yes because it was opposite John Abraham.

A lot of people are now saying both roles are similar (The Family Man 2 and Madras Cafe), but actually they are not. 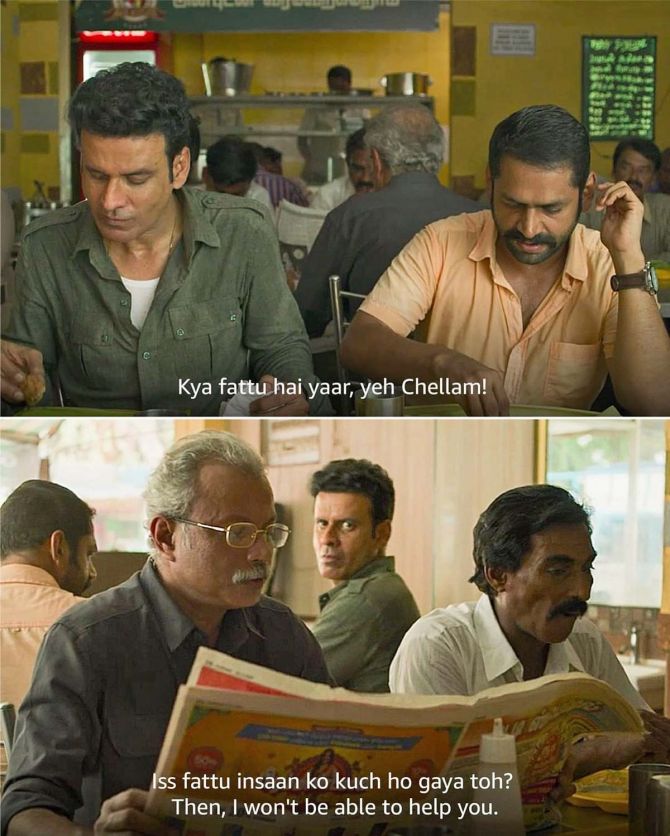 How was it working opposite Rajinikanth in Kabali?

He is a legend.

The first time I met him, I realised he is such a (physically) fit personality.

In college, I used to be a part of his fan club. We would watch all his films first day first show.

So after we shot the first scene (of Kabali) in Malaysia, he spoke very nicely to me.

I told him I couldn’t believe I was actually acting with him in a film.

He is very down to earth.

OTT has given a new dimension to film-making. There is a lot of liberty in terms of acting, creativity and content. It is a welcome growth.

Did you always want to get into films?

I am not from a film background.

Like everyone else, I was fond of movies, but I didn’t know how to get into the industry.

That’s when I met Natty (cinematographer) Natarajan Subramanian through a family friend. He was working in Mumbai at that time.

Now he is a hero in the south.

When I met him, he was working as an assistant cinematographer.

He also worked in the first film that I directed, Naalai.

Even today my first love is writing and directing. Acting just happened.

What’s next? What are you working on?

After Chellam, I’m getting a lot of good offers but because of the lockdown, nothing has been finalised.

I am directing a Tamil film which I will announce soon. 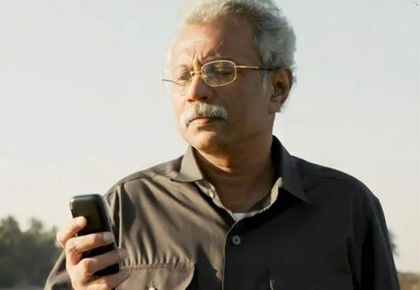