Nitu Chandra will be seen in some high-octane fight sequences in her Hollywood debut titled Never Back Down – Revolt. The Kellie Madison directorial is set to release on November 16. 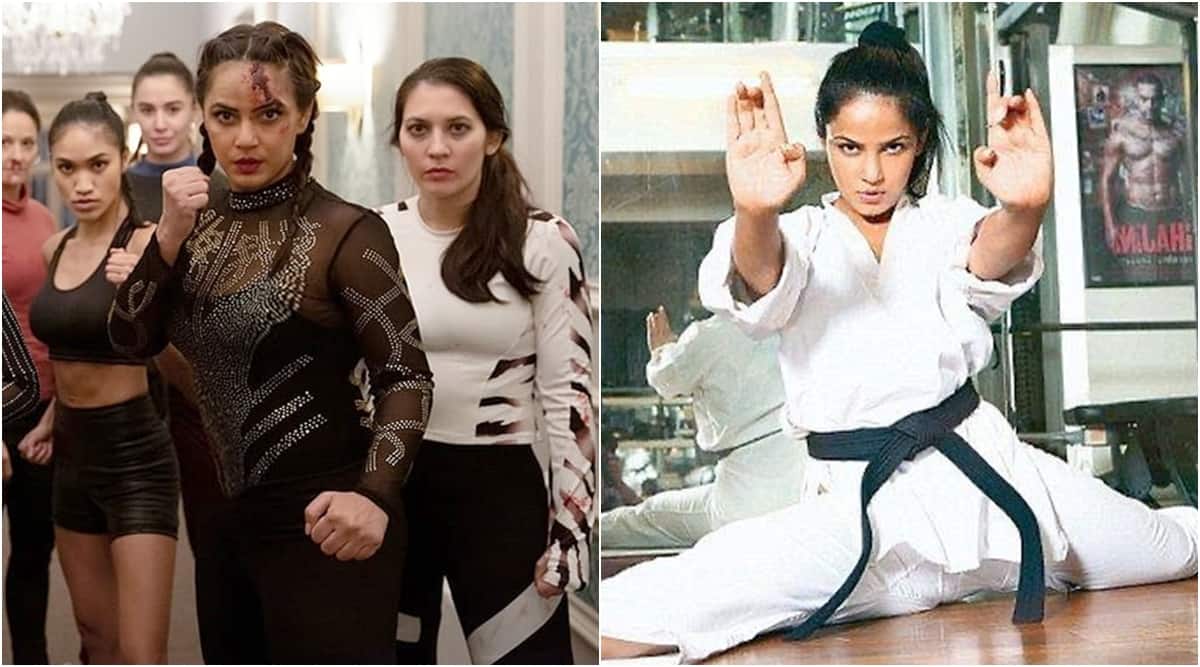 Actor Nitu Chandra is excited about her first Hollywood film Never Back Down – Revolt. Nitu, a Taekwondo champion, will be seen in some high-octane fight sequences in the multi-starrer that has been directed by Kellie Madison and produced by Sony Motion Pictures Worldwide.

Never Back Down – Revolt is set to release on November 16. Also starring also stars Michael Bisping, Brooke Johnston, Diana Hoyos and James Faulkner, it revolves around a woman who gets kidnapped by a gang running a fight trafficking ring. She has to battle her way out by taking part in elite underground fights.

Talking about preparing for her role, Nitu Chandra told indianexpress.com, “Being a Blackbelt 4th Dan in Taekwondo, I was confident about this role. I was prepared for the hardcore action sequences and chose to do them myself without any body doubles. I rehearsed for hours to perfect the sequences. The film sees me doing different forms of Martial Arts, especially Taekwondo. As an actor, we always aspire to do something new, and this was my shot at it.”

Nitu also revealed in a statement that her character was written keeping her personality in mind. “My role in the film finally became a stimulant for this development in my life. These special skills were the catalyst in getting me the role. I have done my best to play Jaya.”

The actor added that director Kellie Madison was all praise for her. “As exciting as it may be, the role comes with it’s own set of challenges and I have grilled myself for hours rehearsing my moves and then performing. I can’t wait for fans to see my new onscreen avatar,” she said.