There was no Bollywood release last Friday, as the industry is making way for Shah Rukh Khan to make his comeback with Pathaan.

None of the current Hindi cinema superstars have taken such a long break in their career.

The last superstar to take such a long break was Amitabh Bachchan.

After Khuda Gawah in May 1992, his next release arrived five years later with Mrityudaata (May 1997). He did have Insaaniyat in between (1994), but that was a delayed release.

It takes a lot for a reigning superstar to take such a long break, but the Big B survived that phase and though Mritydaata was a disaster, things changed in a big way with Mohabbatein (2000).

For Shah Rukh Khan, Pathaan looks like an assured winner.

As far as the opening of the film is concerned, the action thriller is set to see big collections on the first day on Wednesday, January 25.

The Republic Day holiday follows on Thursday, and good advance booking numbers are coming in, where over 500,000 tickets have already been sold.

From there on, it will be the regular weekend, where word-of-mouth will take over.

Directed by Siddharth Anand (War, Bang Bang), a lot has gone into packaging Pathaan to be a biggie.

The film is releasing in IMAX, 4DS and ICE formats, which are premium attractions for the urban audiences. 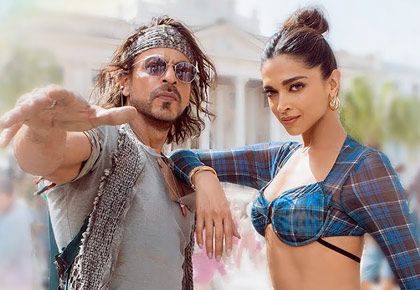