Starring Guru Dutt, Waheeda Rehman, Rehman and Johnny Walker, M Sadiq's 1960 film Chaudhvin Ka Chand is the story of a bromance where women get the short end of the stick. In this weekly column, we revisit gems from the golden years of Hindi cinema. This week, we revisit the 1960 release Chaudhvin Ka Chand.

Chaudhvin ka chand ho, ya aftaab ho… these words evoke images of a hauntingly beautiful love song that is still termed as one of the most melodious romantic ballads in Hindi cinema’s history. The song and the film’s title Chaudhvin Ka Chand is an ode to the pristine beauty of Waheeda Rehman’s Jameela whose husband Aslam (Guru Dutt) is mesmerised, ever since he first laid eyes on her soon after their wedding. Unbeknownst to her, her husband’s best friend Nawab, played by Rehman, also fell in love with her when he accidentally glimpsed her face at a carnival. This supposed love triangle forms the crux of the film, which starts off as a comedy of errors but devolves into a tragedy.

Starring Guru Dutt, Rehman, Johnny Walker and Waheeda Rehman, Chaudhvin Ka Chand was produced by Guru Dutt and directed by M Sadiq. It turned out to be one of the biggest hits of 1960 and brought back Guru Dutt Films to life after the colossal box office failure of his previous production Kaagaz Ke Phool. 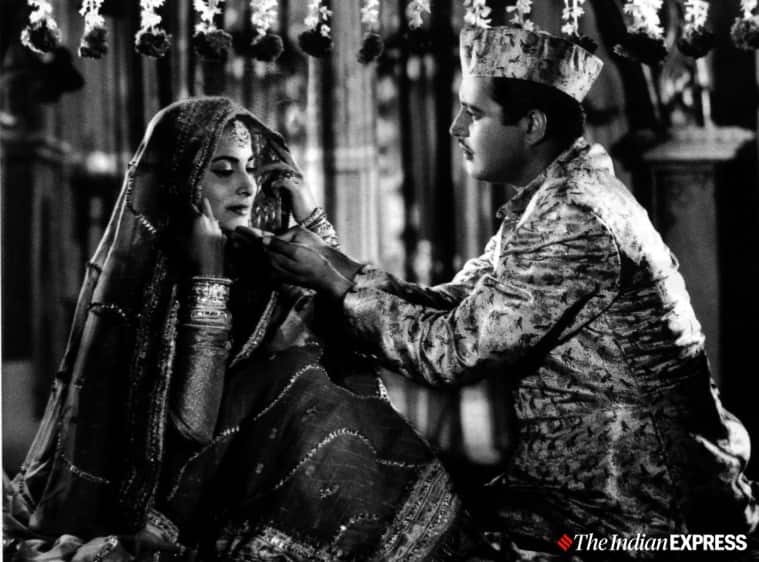 Set in the city of Lucknow, Chaudhvin Ka Chand revels in the nawabi heritage of the city. The tehzeeb, the milieu, the dialogues, everything in Chaudhvin Ka Chand is a constant reminder that this film belongs to an era gone by, and so is its treatment of women. In this world, women are constantly veiled. Men knock before entering the zanana, and women don’t walk on the streets with bare faces. Even in their own homes, women don’t just go about without purdah and it’s the presence of this veil that drives the story forward in this film.

When Nawab is asked to marry the daughter of a maulvi, he asks his best friend Aslam to bite the bullet for him because he is in love with a woman he saw at a carnival. Aslam, who has lived under the Nawab’s debt all his life readily agrees. But lo and behold, it’s the same woman. When Aslam realises that his best friend is looking for the woman who happens to be his wife, he is guilt-ridden and starts sabotaging his marriage, but to no avail.

In a significant scene, he asks Jameela about his dilemma but uses the analogy of a precious diamond. He says, ‘Should the friend return the diamond to the one who actually gave it to him?’ implying ‘should I leave you because my friend arranged our marriage and he is in love with you?’ Jameela, who is completely oblivious to the truth says friendship requires sacrifices and he must return the diamond. For an audience member watching this scene in 2021, it feels archaic. Directly objectifying a woman as if she is a plaything who can be passed around as if she has no will of her own seems preposterous. 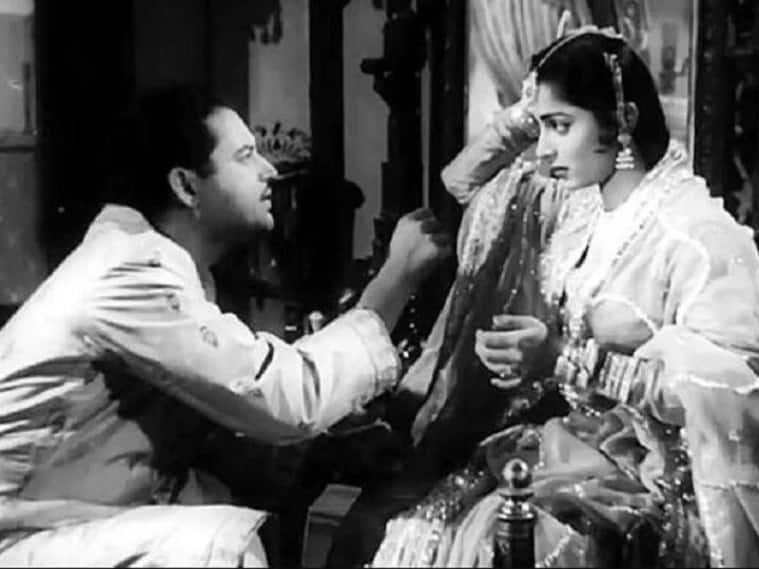 For most of Chaudhvin Ka Chand, Jameela’s only purpose is to look beautiful. The only time we see her standing up for herself is when she boldly speaks up for her husband, who is trying his best to ruin his marriage. Guru Dutt’s Aslam starts visiting courtesans, drinks heavily in the hope that Jameela will leave him and Nawab will become her saviour. When Jameela’s family lands up at their doorstep and questions Aslam, he is ready to divorce her if Nawab would marry her. When Jameela’s brothers start threatening Aslam, she jumps in and declares herself as his ‘kaneez’ who will stick with him, no matter what. Watching this today, it appears extremely regressive but it speaks volumes about the conditioning of women in this society who are taught to only live for their husbands.

Like other Guru Dutt films, Johnny Walker is a significant part of this one too and here, his role is much meatier than his other comic outings but it doesn’t really contribute much to the main narrative. The portion where his character is on the verge of finding out the truth feels a bit redundant because it does not really land anywhere. 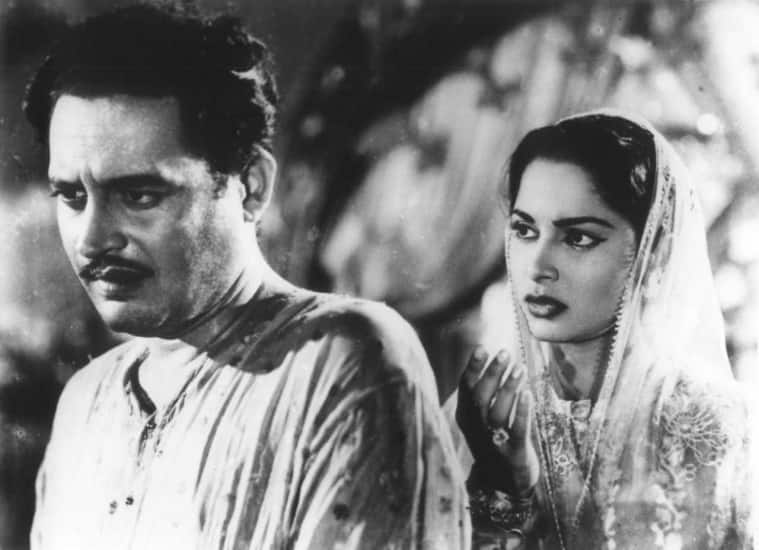 The film’s story by Saghir Usmani is essentially about three men who share a close friendship but it’s the women in their lives who constantly get the short end of the stick because of their ‘bromance.’

Unlike many other Guru Dutt productions, Chaudhvin Ka Chand has not aged well but what has stood the test of time is its evergreen music. The music by Ravi and lyrics by Shakeel Badayuni for the title track, “Mili khaak mein mohabbat”, “Badle badle mere sarkar” still evoke the same feelings in the listener, as they were once intended to.

Chaudhvin Ka Chand seems dated 61 years later but what this film presented to Hindi cinema with its music can still be cherished.

Chaudhvin Ka Chand is streaming on Prime Video and YouTube.