Hyderabad-based Mayur Dharod had opened the café Oranges N Lemons in Jubilee Hills, a few years ago, much before he began nurturing another passion of his, cinema. Two years ago, he founded the production house Gabru Pictures in collaboration with his friend and director Vikram Aggarwal. The company’s work-flow included corporate and ad films.

Mayur and Vikram were also on the lookout for potential stories for short films. A mutual friend discussed the issue of sand mining in parts of Maharashtra, which in turn depletes groundwater resources for farmers.

The idea was pitched to them in October 2018 and a few months of research later, a 100-plus crew reached Paithan, Maharashtra to shoot the film Valu (Sand in Marathi). During the location recce and while shooting, the crew interacted with people living in the region who were more than willing to share their ordeals in the hope that someone would tell the world about issues that concern them. “They are aware of the power of social media and cinema, and were glad to share their stories,” recalls Mayur.

The 12-minute short film is a fictional tale mirroring the water crisis in the region. It narrates the story of a farmer who sets out to expose the ruthless sand mafia that’s destroying the river. When he discovers that his bore-well has dried up, the farmer approaches the district collector for help but his complaint falls on deaf ears. What happens when he decides to take matters in his own hands forms the rest of the story.

Recalling the filming process, Mayur shares that it was tricky to shoot in the vicinity of sand mining and there were situations when someone would spot them and ask them to leave the spot. “We could shoot only with the help of the local people who were extremely supportive, they always helped us with alternatives to a situation,” he says.

Valu will be screened at the 26th Austin Film Festival on October 25 and October 30. The makers intend to submit the short film to a few other international film festivals before making it available through digital streaming platforms. 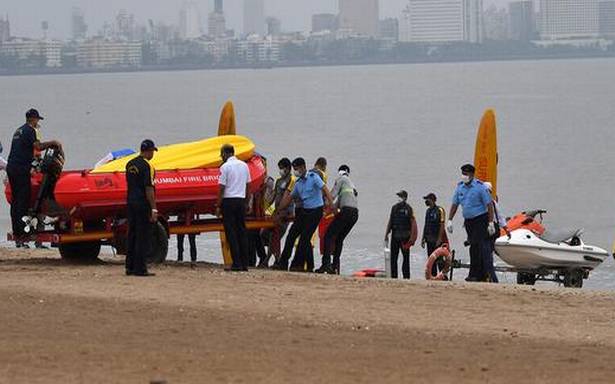