Taking to Twitter, Prithviraj Sukumaran shared an official announcement teaser of KAAPA and said that he is "privileged" to be a part of it. Mohanlal and Mammootty shared posters of the film on social media. 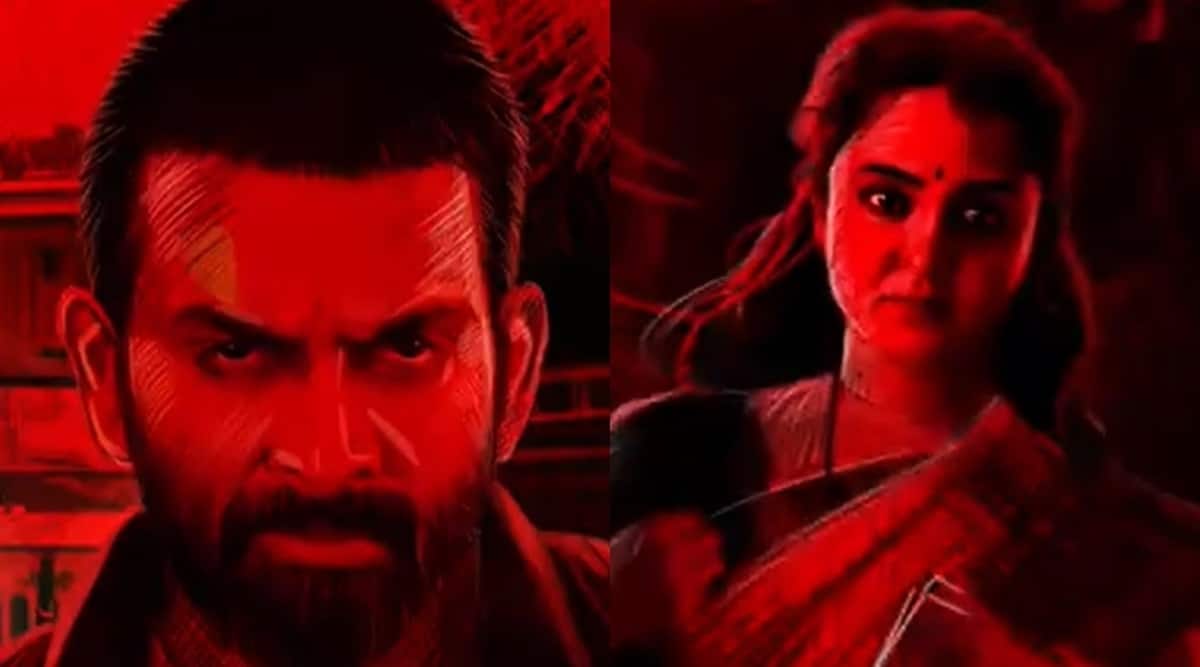 Malayalam star Prithviraj Sukumaran on Wednesday announced his latest film, Kaapa, co-starring actor Manju Warrier. The film will be helmed by cinematographer-turned-director Venu and penned by G R Indugopan, who has also been credited with its story, screenplay and dialogues.

Billed as a story of Kerala’s capital Thiruvananthapuram, Kaapa also stars Asif Ali and Anna Ben. Taking to Twitter, Prithviraj shared an official announcement teaser of the film and said that he is “privileged” to be a part of it.

“Privileged to be part of ‘Kaapa- The Ring of Death!’ #FEFKA Writers Union and #TheatreOfDreams Production. A story out of my city… Thiruvananthapuram,” the 38-year-old actor tweeted.

South superstars Mohanlal and Mammootty launched the motion poster of Kaapa, which is presented by FEFKA (Film Employees Federation of Kerala) Writers Union.

“Here’s the motion poster of ‘KAAPA’, directed by Venu, starring Prithviraj Sukumaran, Asif Ali, Manju Warrier, and Anna Ben. This is a venture initiated by FEFKA Writers Union and I wish them all the very best,” Mammootty and Mohanlal wrote on their respective social media handles.

Kaapa is backed by Dolwin Kuriakose, Jinu V Abhraham and Dileesh Nair. The film is reportedly based on the Kerala Anti-social Activities (Prevention) Act, popularly called as KAAPA.

The film’s music will be composed by Justin Varghese. Prithviraj is currently seen in the Amazon Prime Video thriller Kuruthi.