Priyanka Chopra, who was a part of the Jonas Brothers family roast, promoted it on her Instagram story. Nick Jonas, along with brother Kevin, gets a ribbing for his film career. 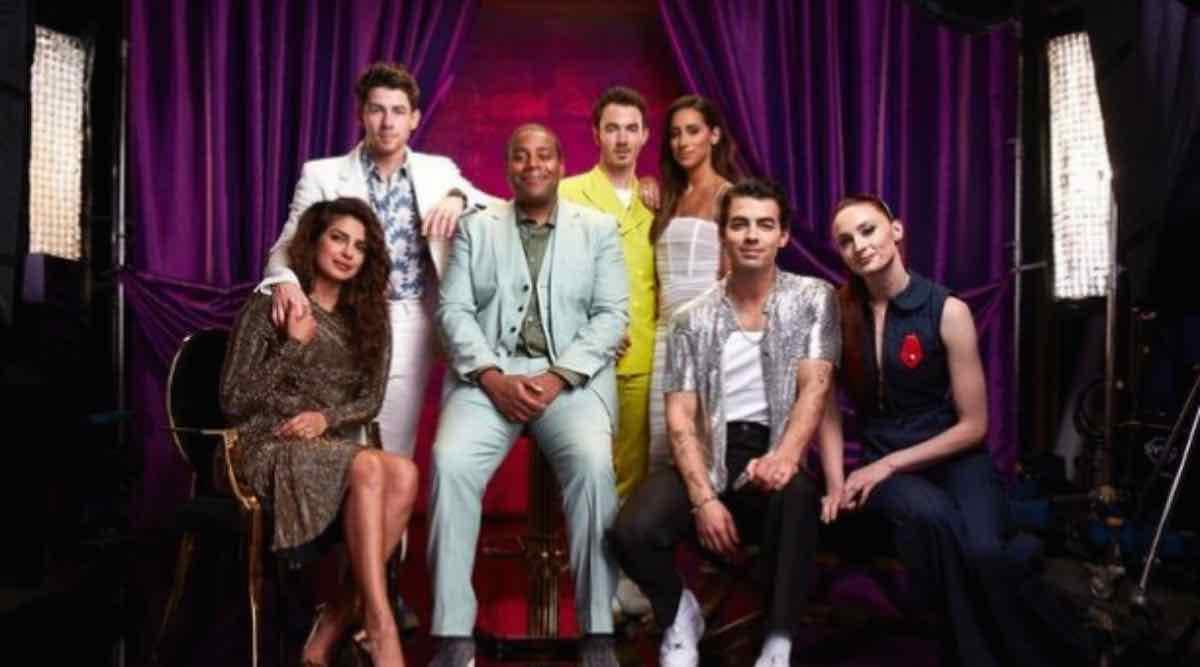 In a promo for the Jonas Brothers Family Roast, celebrities and stand-up comedians will take potshots at Kevin, Joe and Nick Jonas. The new teasers sees Saturday Night Live comedian Pete Davidson poking fun at Nick and Kevin’s career. The entire Jonas family was present to watch the Jonas Brothers getting roasted, including Nick’s wife Priyanka Chopra, Joe’s wife Sophie Turner and Kevin’s wife Daniella. Priyanka had also shared a photo with her ‘J-sisters’ from the event earlier.

Pete, who was wearing an ‘I love Jonas’ T-shirt, called himself as a ‘huge fan’ and said, “I listen to the Jonas Brothers every time I am in a supermarket.” He then teased Nick, “I mean, show some respect, okay. Nick’s a legit actor now. He has won everything, from a Kids’ Choice Award to a Teen Choice Award.”

He continued, “Did you know Nick even had a hit called Jealous? Though it would have been way more believable if Kevin was singing it,” he continued. The Jonas Brothers dissolved into splits.

Nick Jonas shared the clip on Instagram and wrote, “For the record, I’ve technically won 19 Teen Choice Awards. #JonasBrothersFamilyRoast coming to Netflix on 11/23 #ROASTED @NetflixIsAJoke.” Kevin, shared the video and asked fans to comment ‘#ROASTED’ if they wanted him to come out with a version of Jealous.

Priyanka Chopra, who is also a part of the Jonas Brothers Family Roast, shared a photo on Instagram Stories. “Ready to see @jonasbrothers get #ROASTED? I’m still sore from all the laughing. #JonasBrothersFamilyRoast premieres 11/23 on @netflix,” she wrote. Nick Jonas began acting at the age of seven, and released his debut single in 2002. Later, he formed a band with his brothers, Kevin and Joe and they released their first album in 2006. The brothers became the prominent faces of Disney Channel and appeared in films produced for the television, Camp Rock, Camp Rock 2, as well as their own shows, Jonas Brothers: Living The Dream.

The description for the roast reads, “Jonas Brothers Family Roast is a one of a kind comedy special of epic proportions that celebrates the universal truth that no one can get under your skin quite like your own family. You’ll see the multi-platinum global superstars the Jonas Brothers like you’ve never seen them before through sketches, songs, games, and special guests – all to give them a roasting they’ll never forget.”