Priyanka Chopra on Saturday announced she is opening a restaurant, Sona, in New York that will serve Indian cuisines. Actor Priyanka Chopra is making sure she not only brings Indian stories and storytellers to the west, but also give it a taste of her roots, literally. The White Tiger star on Saturday announced she is opening a restaurant, Sona, in New York that will serve Indian cuisines. Priyanka wrote an Instagram post, making the announcement, and shared that Sona will embody “the flavours that she has grown up with”.

“I’m thrilled to present to you SONA, a new restaurant in NYC that I poured my love for Indian food into. SONA is the very embodiment of timeless India and the flavours I grew up with. The kitchen is helmed by the incredible Chef @harinayak, a masterful talent, who has created the most delicious and innovative menu, taking you on a food journey through my amazing country, ” Priyanka wrote.

The actor informed the fans that the restaurant will open later this month. She accompanied the post with three pictures, one of the restaurant and two from the small prayer ceremony she and her family, including husband Nick Jonas, performed in 2019 before beginning work on the food joint.

“The second and third photos were taken in September 2019 when we performed a small intimate Puja (prayer ceremony) to bless the space that would soon become @sonanewyork Godspeed!” She wrote. While one photo has Priyanka with Nick, the other captures her with restaurateur Maneesh Goyal, with whom she has collaborated for Sona. 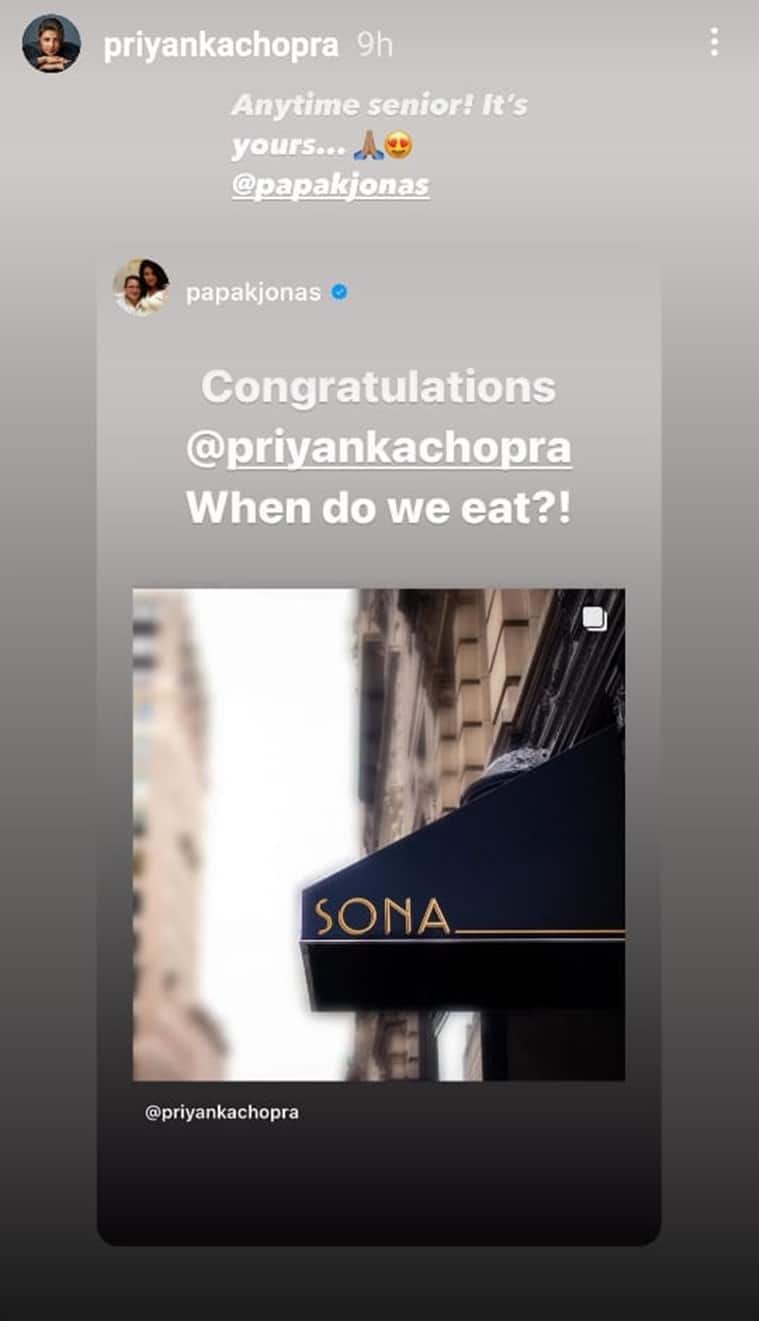 Also seen in the photo is Priyanka’s mother Madhu Chopra. Soon after Priyanka made the announcement, her father-in-law posted an adorable Instagram story sharing her post about the restaurant and asking her, “When do we eat?” To which, Priyanka replied, “Any time, senior. It’s yours…”

Maneesh Goyal also penned a post dedicated to Priyanka, about how the actor-producer has been the “creative force” behind Sona.