R Madhavan often showers love and praise at wife, Sarita Birje, on social media through lovely pictures of the couple. R Madhavan on Sunday gushed about his wife Sarita Birje, as the couple celebrated their 22nd wedding anniversary. Sharing a lovely selfie with his partner, Madhavan wrote on Instagram how he remains in awe of her even after more than two decades of their marriage. “Keeping me in utter awe and in love all these years. Happy Anniversary Pondati… to many many more ahead.”

Madhavan and Sarita, who tied the knot in 1999, are parents to son Vedaant. A few years ago, Madhavan had opened up about how it was Sarita, who asked him on a date, which was the beginning of their relationship. “Sarita was my student and she asked me out on a date one day. I was a dark man and thought it was an opportunity. Didn’t know if I would ever get married so I grabbed on to the opportunity and married her,” Madhavan had said on TV show Yaar Mera Superstar in 2016. 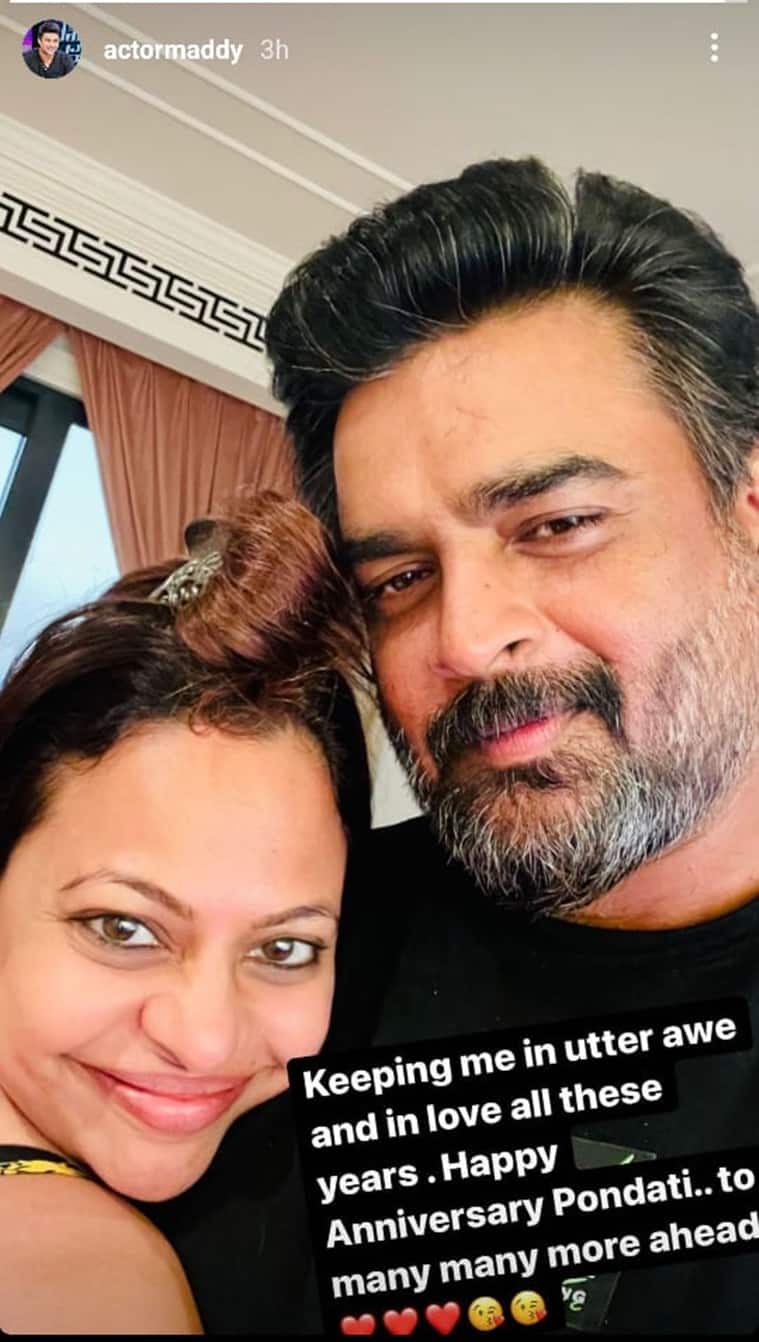 Recently, Madhavan heaped praise on Sarita for teaching under-privileged kids virtually. The actor took to Instagram to share a video of Sarita taking a class, and wrote that he felt incompetent in front of his wife. “When your wife teaches poor kids across the country, and you feel completely incompetent and useless,” Madhavan is heard saying in the video.

On the work front, the actor will next be seen in the biopic Rocketry: The Nambi Effect. Besides playing the lead role in the film, Madhavan has also directed it. The movie is based on the life of Nambi Narayanan, a former rocket scientist at the Indian Space Research Organisation (ISRO), who was falsely accused of espionage and arrested in 1994.