On the eve of Yash's birthday, the teaser of his upcoming film KGF 2 was released by the makers. The film is expected to hit cinema halls soon. 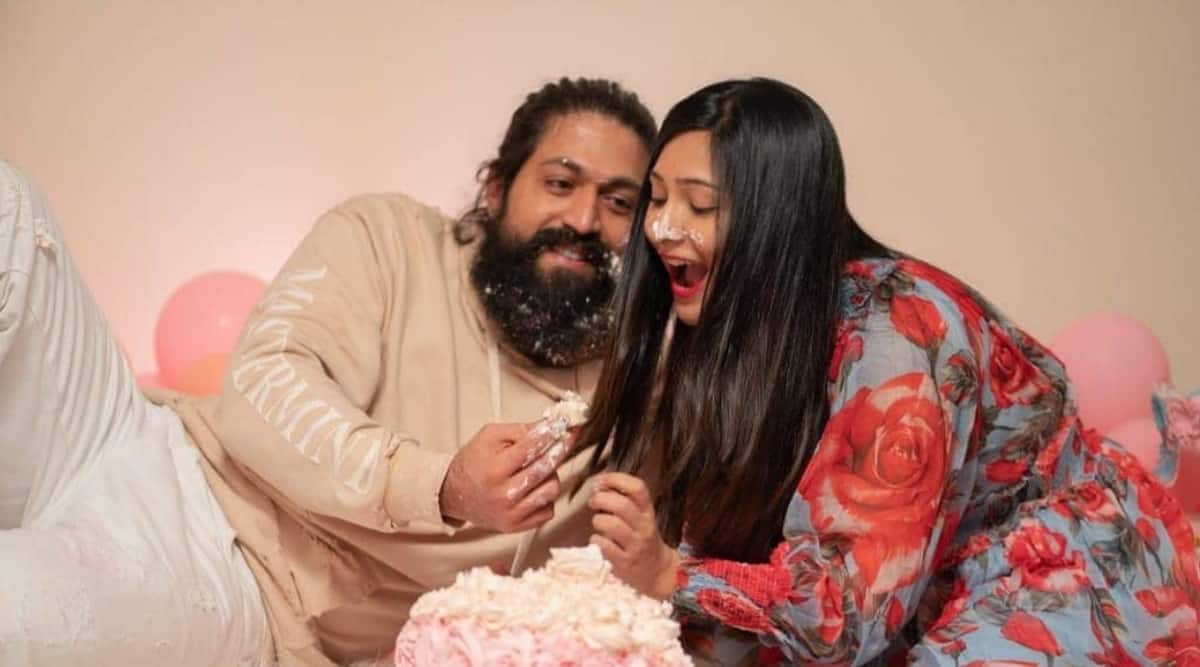 KGF star Yash is celebrating his 35th birthday today. His wife Radhika Pandit took to social media to wish the actor on his special day. Sharing an adorable photo, she wrote, “Sometimes I wonder, why you are so perfect for me.. then I realise its coz u let me have your share of cake too. Happy birthday my Bestie.”

Besides Radhika, Yash’s colleagues and fans have flooded social media with birthday wishes.

Actor Priyanka Upendra shared a collage of photos featuring Yash and wrote, “Happy birthday @TheNameIsYash. May all your dreams come true! God bless you and your lovely family!!”

Actor Kartikeya tweeted, “Keep inspiring us and keep raising the bar ..May all the force be with you.”

Producer Prasad V Potluri posted a photo of himself, Yash and Sanjay Dutt and wrote, “To an inspiring person, admirable journey, an epitome of self made success, Happy Birthday dearest @TheNameIsYash. May you reach unprecedented heights and glory with all your hard work and determination #HappyBirthdayRockyBhai.”

On the eve of Yash’s birthday, the teaser of his upcoming film KGF 2 was released by the makers. The film is expected to hit cinema halls soon.