Annaatthe is Rajinikanth’s maiden collaboration with director Siva, who is known for making out-and-out commercial potboilers that are right up the Superstar’s alley. 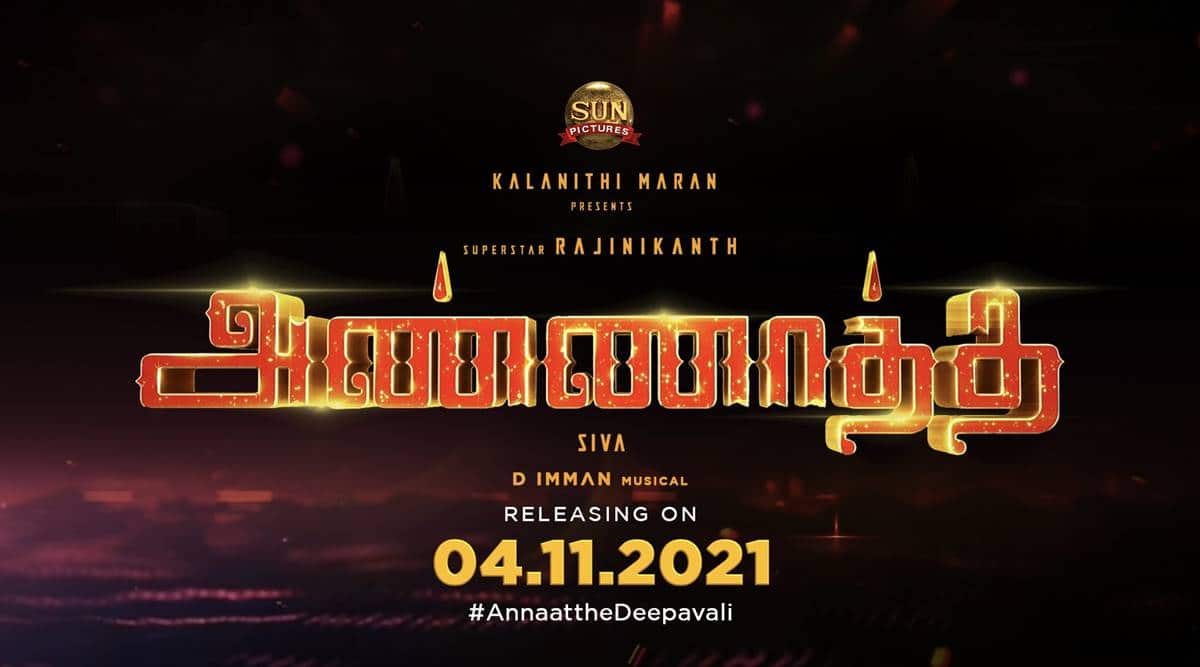 Superstar Rajinikanth’s upcoming film Annaatthe has a new release date. Production house Sun Pictures, which is bankrolling the movie, on Monday announced that the film will open in cinemas on November 4, 2021.

Earlier, the makers had plans to release Annaatthe in theatres in January during Pongal holiday. However, the shooting was not resumed immediately after lockdown relaxations last year in view of Rajinikanth’s safety. And finally, in the second week of December, Rajinikanth joined the sets in Hyderabad, where the production began with all COVID-19 safety protocols in place. A few days later, the shooting was abruptly stopped following the outbreak of coronavirus on the sets. While four crew members were tested positive for the virus, Rajinikanth’s results came back negative. But, Rajinikanth required a few days of hospitalisation in Hyderabad due to the fluctuation in blood pressure.

Rajinikanth is currently taking rest at his residence in Poes Garden in Chennai. The buzz is that the 70-year-old superstar may take a few more months off from work before joining the last leg of the Annaatthe shoot.

Annaatthe is Rajinikanth’s maiden collaboration with director Siva, who is known for making out-and-out commercial potboilers that are right up the Superstar’s alley.