Rajinikanth spoke about a fan's disbelieving reaction to the fact that Aishwarya Rai was starring with him in Robot. Amitabh Bachchan could not control his laughter in the throback video. 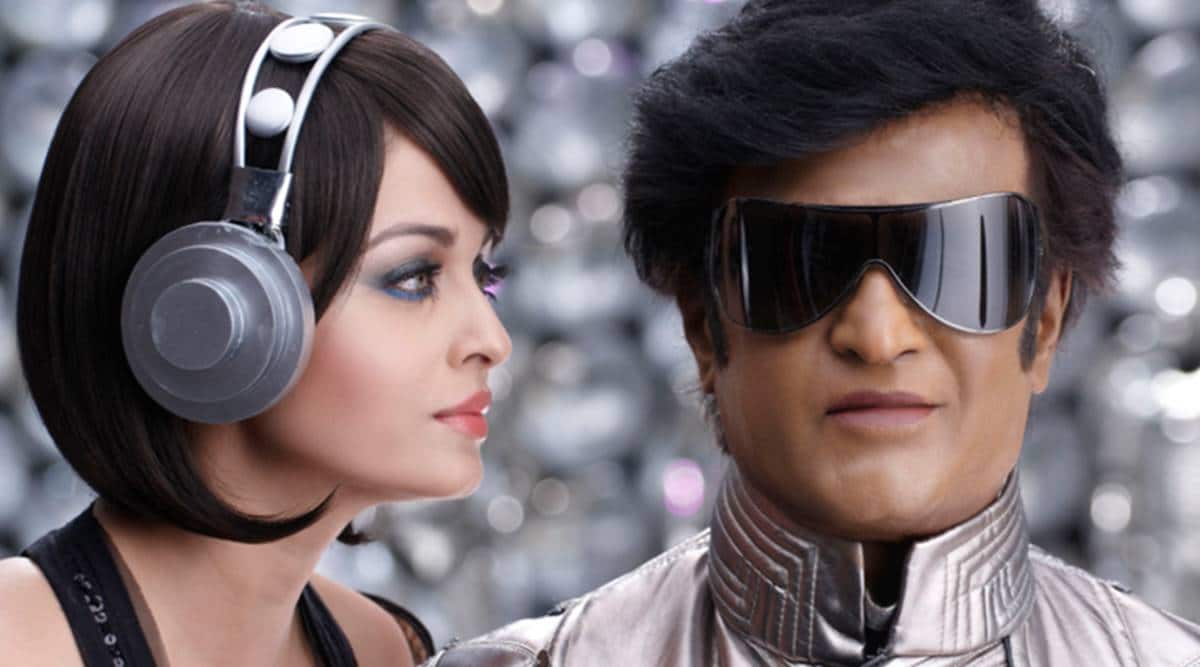 We know that Rajinikanth’s comic timing on-screen is just on-point, but in 2010, many of his fans got to witness that he is equally humourous in real life too. Rajinikanth was addressing media at Robot’s press conference where he shared a hilarious incident with a fan who just could not believe that Aishwarya Rai Bachchan was to star opposite him as a heroine.

In the video shared by Brut, Rajinikanth began his speech thanking Aishwarya for accepting the role and went on to narrate a story that left the audience, including Aishwarya Rai and Amitabh Bachchan, in splits.

“I am not exaggerating. I had gone to visit my brother in Bangalore. Near by, a Rajasthani tenant had come. He came to see me when he got to know I was there. He was 60 plus. He greeted and asked, ‘What happened to your hair?’,” I said, ‘Arey, jhad gaye yaar chodo (My hair has fallen off).’ He asked if I have retired. So, told him that I am working on a film called Robot. Later, I told him Aishwarya Rai was the heroine,” the actor recalled.

Rajinikanth said the man was too excited to know Aishwarya was the lead of the film, but soon he asked a question that left the actor baffled. “He said ‘Aishwarya heroine? Kamaal ki ladki hai yaar, fantastic. Hero kaun?,” recalled Rajinikanth. Thalaiva’s reaction left the audience in splits.

The video also features Aishwarya and Amitabh laughing out loud on Rajinikanth‘s story. The superstar continued his story and said that when he told him he was the hero, the fan was in total disbelief. “For 10 minutes, he didn’t say anything but kept staring at me. After he left, I heard him saying, ‘Kya hogaya Aishwarya Rai ji ko? Abhishek Bachchan ko kya hogaya? Amitabh Bachchan ji ko kya hogaya? Heroine? Iske saath?’ So, thank you Aishwarya ji,” Rajinikanth concluded.

While talking about Amitabh Bachchan, who was also present at the event, Rajinikanth said the actor is his “inspiration, role model and guru.”

“I cannot forgot those times when I acted with you in Andhakanoon, Giraftaar and Hum. How much love and affection you showed on me, I cannot forget those times,” Rajinikanth said.

Robot, a multi lingual film, went on to become one of Rajinikanth and Aishwarya’s career defining films. The Shankar directorial’s sequel titled 2.0 released in 2018 with Akshay Kumar as the antagonist.