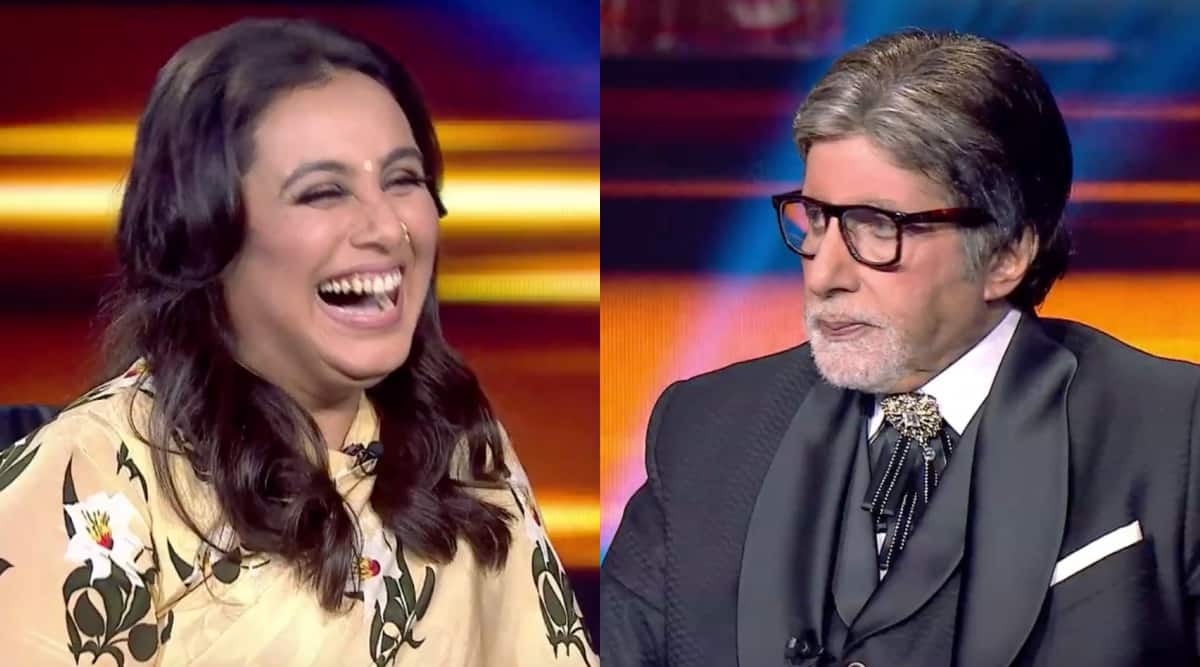 Bollywood stars Rani Mukerji, Saif Ali Khan, Siddhant Chaturvedi and Sharvari will be the special guests on Kaun Banega Crorepati 13 this Friday as they participate in Amitabh Bachchan’s show to promote Bunty Aur Babli 2. In a new promo released by Sony TV, Sidhhant can be seen rapping, much like his Gully Boy avatar and Saif and Rani can be seen dancing to the title song of Hum Tum.

Amitabh Bachchan quizzes the cast on who gets angry the most to which Rani says that every Bengali has a Kali hidden inside them. Amitabh is left stumped by this and says, “No more questions” as everyone erupts into laughter.

Amitabh seemed to be reminded of Jaya Bachchan as he surrendered and said, “No more questions,” after a few seconds of silence. Jaya, whose maiden name is Jaya Bhaduri, is Bengali too. On previous occasions, Amitabh has called himself ‘Banglar jamaibabu (the son-in-law of Bengal)’.

Bunty Aur Babli, the original film, starred Amitabh Bachchan in a significant role but this time, the role of the cop is being played by Pankaj Tripathi. Saif Ali Khan has stepped into Abhishek Bachchan’s shoes for the sequel.

In an earlier press release by the channel, it was revealed that Amitabh Bachchan will groove to Say Shava Shava with the cast of Kaun Banega Crorepati 13.

The cast will donate the proceeds from the winning amount to The Bandra Holy Family Hospital for their NICU department so that they can get new equipment to take care of premature babies.