Many Bollywood and TV celebrities took to social media to express grief over the Taliban taking over Afghanistan. On Sunday, the Taliban took over Afghanistan’s capital Kabul completing their takeover of the country. Visuals of empty streets and crowded airports with people trying to flee the country have left the world heartbroken. Bollywood celebrities like Rhea Chakraborty, Sonu Sood, Swara Bhasker, Kangana Ranaut, Armaan Malik among others also took to social media to express their solidarity with the war-torn country and its people. 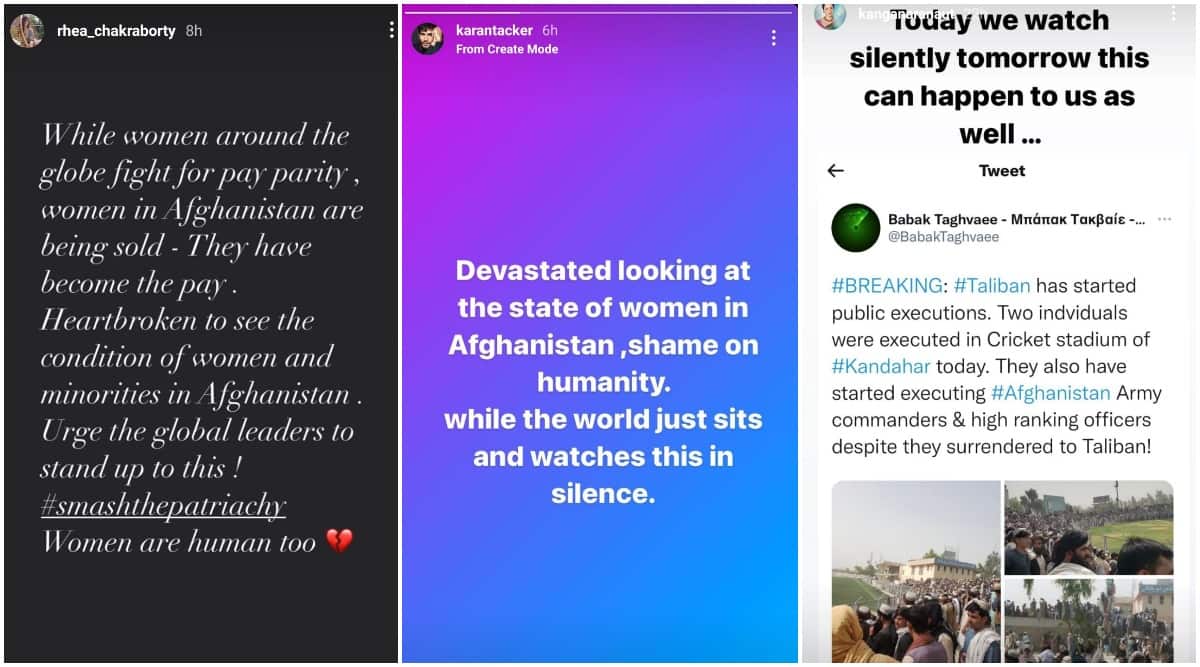 Television actor Karan Tacker also shared a note that read, “Devastated looking at the state of women in Afghanistan, shame on humanity. while the world just sits and watches this in silence.”

Swara Bhaskar shared a painting of a woman surrounded by the Talibans and wrote, ”Afghan graffiti artist @ShamsiaHassani saying it all! The Afghan people have been thrown to the wolves. Women esp. #Taliban are monstrous in their brutal exercise of force and power. They are murderers & misogynists; their ideology is one of hate & violence & that won’t change.”

Check out more reactions of celebrities on the Afghanistan crisis: