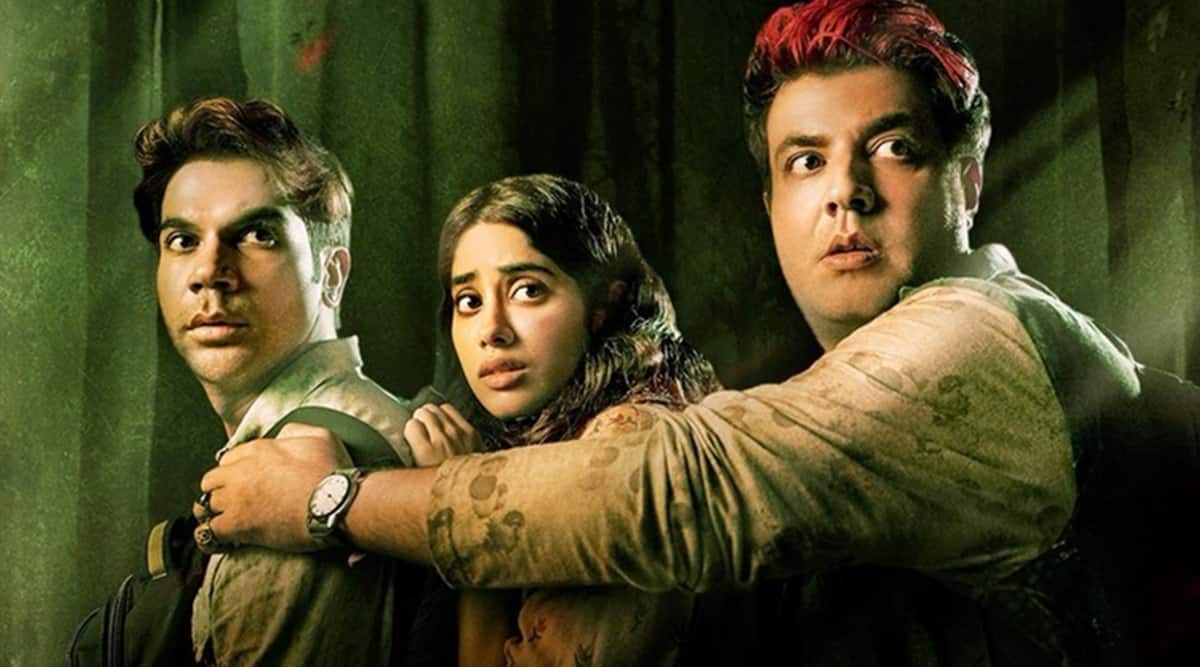 Roohi, starring Janhvi Kapoor, Rajkummar Rao and Varun Sharma releases today. This horror-comedy is the first ‘big’ film to hit the screens after the coronavirus-induced lockdown which led to the shutting down of theatres.

Directed by Hardik Mehta, Roohi tells the story of a witch, Roohi (played by Janhvi) who abducts brides on their honeymoon. How two men, Veer and Raj (Rajkummar Rao and Varun Sharma) from the village take up the responsibility to save the brides from Roohi, forms the core of the plot.

Meanwhile, Janhvi Kapoor plays a witch who will get salvation only if she is married off to a man. The Janhvi Kapoor-starrer is the second film in producer Dinesh Vijan’s horror-comedy universe, which was envisioned following the success of Stree, featuring Shraddha Kapoor and Rajkummar Rao. The 2018 movie also featured Abhishek Bannerjee, Aparshakti Khurana and Pankaj Tripathi in significant parts.

Janhvi earlier shared about the pressure for her film to perform well, as Stree was loved by the audiences and critics alike. On comparison between the two films, the actor said in an interview with indianexpress.com, “In my head, these projects are still very different. Roohi is extremely different from Stree. So, I don’t know what parallels you can draw in terms of what the actors will do, but yes, they are part of same universe and they all meet at some point. Having said that, I don’t know what else you can compare other than the genre, like how funny or scary it is compared to the other.”

Hardik Mehta also said in his interview, “Stree actually paved a way for us. The success of Stree has led to Roohi. If there was no Stree, there wouldn’t probably have been Roohi.”

Director Hardik talked about his experience of directing the three actors — Janhvi Kapoor, Rajkummar Rao and Varun Sharma in Roohi. Hardik, who has helmed Kaamyaab in 2018, and co-written Trapped (2016), told indianexpress.com, “Janhvi was a pleasant surprise and she is going to surprise all with her performance even further. And to get a sincere actor like Raj, is like a director’s dream come true. The comic timing that he and Varun share in the film is like a ‘buddy comedy’ in a way. Raj’s character stutters in the film, he has picked it up so well, the way he is on the set, he makes the director look good. He is such a phenomenal performer.”

Roohi is produced by Dinesh Vijan under the banner Maddock Films. The film was earlier planned to release in June 2020, but the COVID-19 pandemic caused the delay.