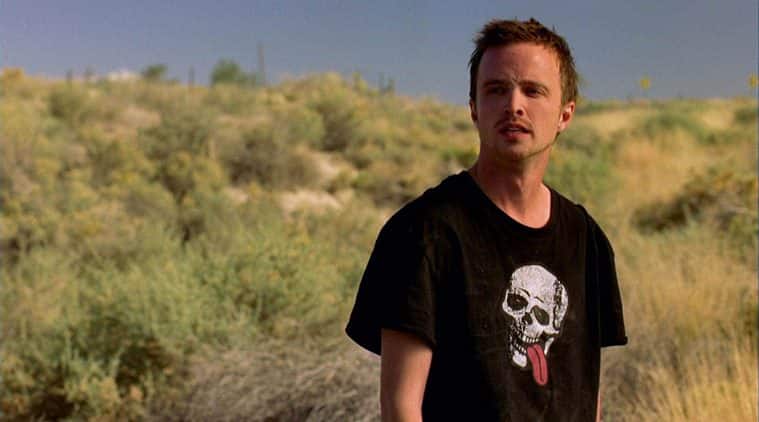 Jesse Pinkman has the innate ability to use a particular choice abuse, and use it seamlessly everywhere; as an adjective, a noun, a verb. The sidekick to Walter White, the goofy high school kid, who could ‘cook’ like an avant-garde chef in the mother of all TV shows; Breaking Bad, is back, but sans the catchphrase.

This weekend Netflix streamed El Camino, or as fans are calling it — the Breaking Bad movie. In 2008, the world was introduced to Walter White, a struggling chemistry teacher who was diagnosed with cancer. And we were hooked to the narrative and to this world where a chemistry teacher takes on an improbable protege, his not-so-bright student Jesse Pinkman, and operates the biggest ever crystal meth-cooking operation in the world.

Over five seasons, 62 episodes, we saw White (Bryan Cranston) and Pinkman (Aaron Paul) play the cat-and-mouse game. The last we saw of Pinkman, he was grizzled, scared and scarred, and had just settled the score with his captor Todd Alquist (Jesse Plemons), and had also walked away from Walter White and his impending death. The two-hour film takes us back, and we see Pinkman escaping the aftermath of White’s death in yes — an El Camino. He goes back to the friends he trusted, who feed him, and give him shelter, because, “dude, you’re my hero and shit” says an emotional Skinny Pete. And thereon we are taken on Pinkman’s quest for ‘something better’.

We are taken through the familiar, stark blue skies and dry, brazen, brown land of Albuquerque, and nostalgia hits you in waves. The cinematography by Marshall Adams continues the narrative set by Breaking Bad seamlessly. The film is not fully linear, and we are taken through a lot of flashbacks, which cut through Pinkman’s consciousness. His torture at the drug operation run by the Neo-Nazis, his time with his girlfriend Jane (Krysten Ritter) and White. The back and forth adds drama, and writer and director Vince Gilligan, who had the idea of a Jesse Pinkman film way back when the show ended, has a winner on his hands.

The movie is life coming full circle for Pinkman’s character and the devoted fans of the hit TV show. While Cranston was remembered for his razor-sharp focus and underlying maliciousness, Pinkman served as the bumbling, idiosyncratic moral centre of the show. He was the yin to White’s yang. Pinkman endeared himself to the audience as a high school kid who was way in over his head. Initially, he partnered up with White to make a quick buck, but there was no turning back. El Camino is the coming-of-age for Pinkman. The assertion is seen in his eyes, quick thinking on his feet, and the desire to move towards ‘something better.’ His wardrobe too has taken a turn, gone are the pop printed bomber jackets and sneakers, instead, there is a lot of black, leather and crew cut to accompany the look. Rooting for Pinkman is not an option.

Given the fact that this is a continuation of the show, and many big names of the series make an appearance, people who are not part of the Breaking Bad universe, might struggle with the movie. Breaking Bad was slow TV at its best, and with that template, the film, at times feels like a double TV episode. But this is something not to be missed. One can almost hear Pinkman swearing “ See you in hell B*&^%s”. Almost, because he is still on his quest ‘to set things right’.