Black Widow has the distinction of being the first Marvel movie debuting day-and-date on a streaming platform, after being delayed over a year due to the pandemic. 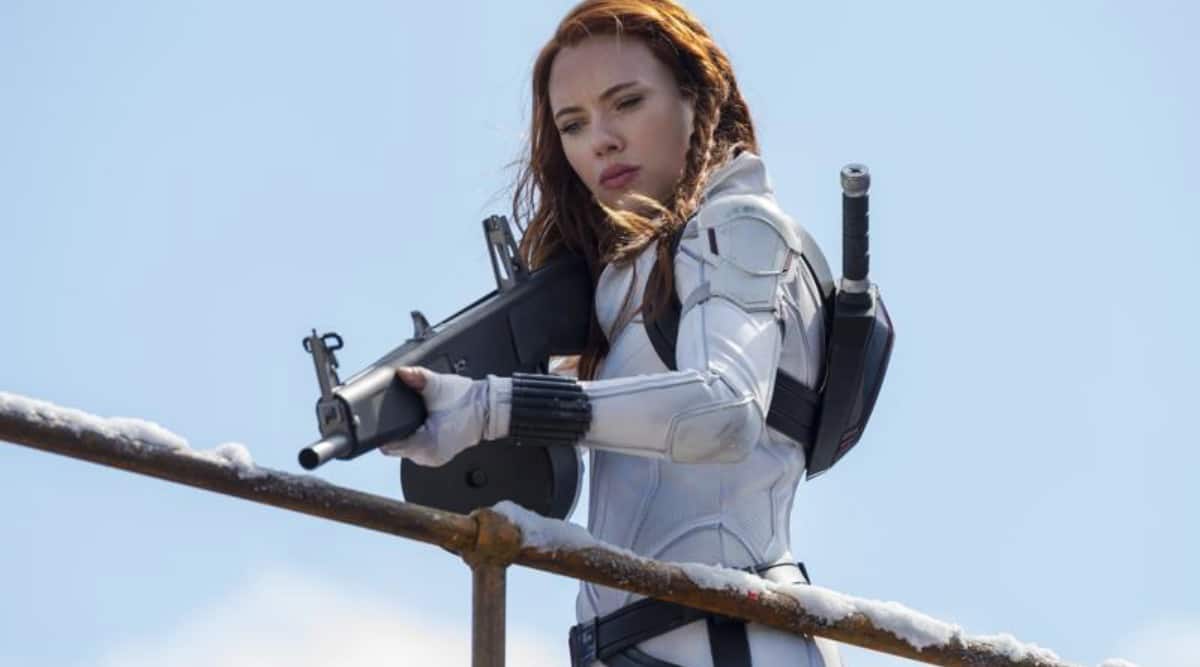 Scarlett Johansson has had quite a bit of time to think about a Black Widow movie. After all, she’s played the character in seven movies spanning 10 years.

Yet unlike many of her fellow Avengers who got grand introductions in movies and sequels bearing their names on the marquee, she built the enigmatic Natasha Romanoff as a sideline scene-stealer beginning with her introduction in 2010’s Iron Man 2 through her exit in Avengers: Endgame.

By the time her name was called for a coveted standalone, she knew that, above all, she wanted Black Widow’s film to be unexpected. And as the first lead actor to serve as a producer on a Marvel film, she actually had a say.

The character, introduced in the comics in 1964, is inextricably tied to a Soviet-era spy aesthetic fitting of James Bond. But that seemed like the easy route.

“I didn’t want it to be an espionage film,” Johansson said. “I think we avoided that.”

Instead, Black Widow helps peel back the layers on a hard-to-grasp character, with a little bit of an origin story, a little bit of a coda and the introduction of people outside of the Avengers who mean something to her. Johansson also personally recruited Australian indie director Cate Shortland, another unexpected and inspired choice, to helm.

Marvel veteran Eric Pearson had the task of writing the script and took advantage of the fact that the character seemed to change and become more emotionally vulnerable between Civil War and Infinity War/Endgame, which is when Black Widow is set.

“We’re looking at what happened there,” Pearson said. “What happened when she went back and confronted her past that unlocked her heart and kind of opened her up to the world and eventually led her to make that all-time sacrifice at the end of ‘Endgame.’”

Part of that involved introducing a sort-of sister character in Yelena Belova, played as an adult by Florence Pugh, who also had the traumatic experience of being trained in the Red Room as a child.

“Florence is so vibrant and interesting to watch that you think, ‘OK… there’s going to be life here,’” Johansson said.

Despite not really knowing one another beforehand, they quickly connected on set, partly due to natural chemistry between the two and partly due to the extreme nature of filming a big-budget action thriller.

“Our Day One was me throwing her against a cabinet and we both had our hands in each other’s armpits. And it was in that moment that I was like, ‘Oh, my God, I have a sweaty armpit. And Scarlett Johansson is touching me,’” Pugh said. “Once that ice is broken, you know, best mates. Weird first day, though, to start with.”

It was a fittingly epic endeavour, shooting over 87 days in London, Norway, Budapest, Morocco and Atlanta, with showstopping fights, motorcycle stunts, car chases and even a skydiving sequence. For Pugh, who is more known for slightly less spectacle-driven films like Midsommar and Little Women, it was an eye-opening experience. “It was just so impressive to see so many departments doing so many things. And you were completely involved into the process and the creating of it. And I just really appreciated how much you were expected to be there for the whole journey,” Pugh said. “It only made then waiting and watching the film a year later just even more exciting because you’re like, ‘Oh, my God, that took so many days to shoot and there we are flying through the air on a bike.’”

Black Widow has the distinction of being the first Marvel movie debuting day-and-date on a streaming platform, after being delayed over a year due to the pandemic. Like a handful of Disney releases over the past year, it’ll be available Friday in theaters globally and to rent on Disney+ for $30.

The film isn’t just a tribute and a goodbye to a beloved character, though. It also kicks off Phase Four of the Marvel Cinematic Universe after an unplanned two-year gap in Marvel theatrical releases following Avengers: Endgame (and, technically, Spider-Man: Far From Home)

The stakes for big-budget Marvel movies are always high, but Black Widow will also be a litmus test not just because of the unconventional release strategy, but also as a gauge for audience interest in the cinematic juggernaut going forward.

After the 23-film build to Endgame, which currently holds the title of second-highest-grossing film of all time after a re-release of Avatar during the pandemic, Marvel is going into unchartered territory with new characters in films like Shang-Chi and the Legend of the Ten Rings, set for September, and Eternals in November. But Marvel Studios president Kevin Feige isn’t stressing much about that. This new phase, he said, is one of “new beginnings” moving forward.

“Within our movies, there’s this big shared experience that all the characters had with this, what we call the blip. Now, in real life, we all, as human beings on earth, have had the shared experience of this pandemic, of this lockdown. So there is an interesting parallel that we’re that we were playing on in our stories,” he said. “It’s been two years since we’ve had a film in theaters and we are ready. I hope the fans are ready.”