It is now final.

What Karan Johar could not do for Saif Ali Khan and Amrita Singh’s daughter Sara Ali Khan, he is now set to do for their son.

The film will be directed by Boman Irani’s son Kayoze Irani, who has been closely associated with Dharma Productions ever since he played a cameo in 2016’s Student Of The Year.

Karan was supposed to launch Sara, but before he could zero in on the right vehicle, she made her debut in Abhishek Kapoor’s Kedarnath. With Karan’s blessings, of course. 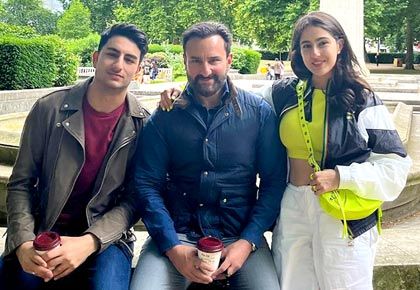