Happy Birthday Mummyji marks Shefali Shah's debut as a director. The film will release on July 23. 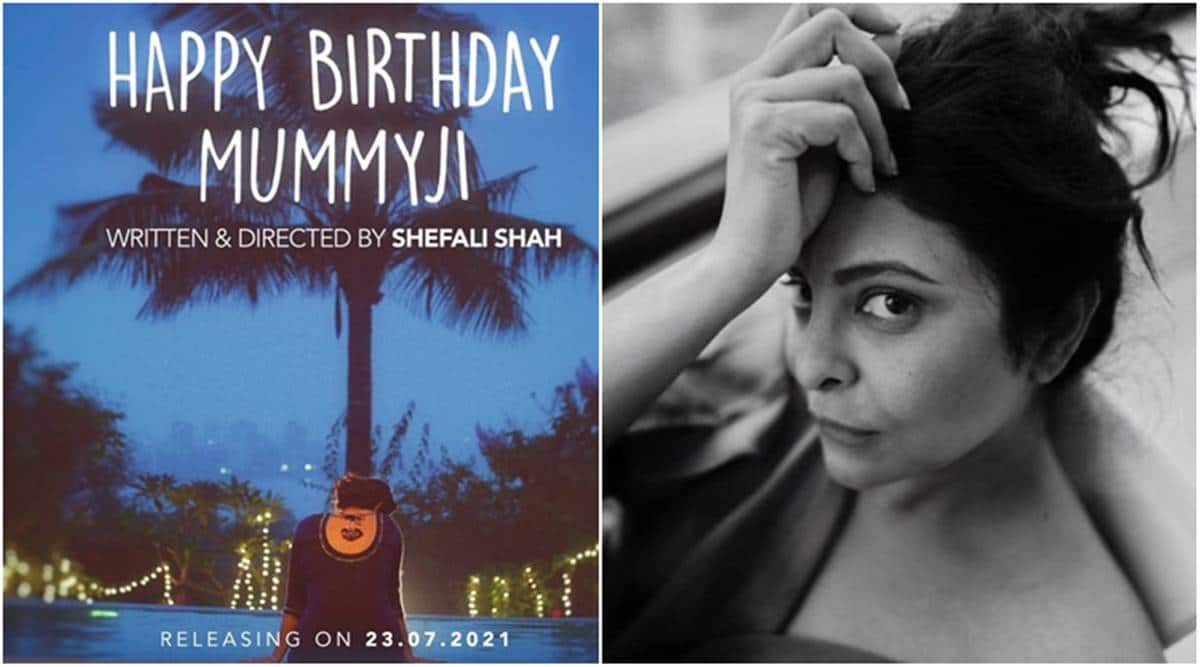 After winning hearts with her acting skills, Shefali Shah is all set to make her debut as a director with Happy Birthday Mummyji. The film is scheduled to premiere on July 23. The actor shared the first look of the film on her Instagram profile. Sharing the poster, she wrote, “Please shower your blessings on my baby ‘HAPPY BIRTHDAY MUMMYJI’ as I take a big leap of faith in a new ‘Direction’.”

The film, which has been written and directed by Shefali Shah, will be produced by Sunshine Pictures Pvt LTD and co-produced by Aashin A Shah.

As soon as the actor shared the poster, her fans and friends posted comments in praise of Shefali. “You will rock,” wrote a fan, while another mentioned “What a beautiful journey.” An overwhelmed Shefali, in response to the love showered on the actor’s post, wrote, “Thank you very much everyone. Hope you will enjoy watching it as much as I loved making it.”

Apart from Happy Birthday Mummyji, Shefali has also directed and written Someday, a film that has made it to Female Eye Film Festival 2021.

Darlings is a quirky mother-daughter story, which is being co-produced by Shah Rukh Khan’s Red Chillies Entertainment. The film, starring Shefali Shah, is set in Mumbai against the backdrop of a conservative lower-middle-class neighbourhood. Directed by writer Jasmeet K Reen, the dark comedy traces the lives of two women as they find courage and love in exceptional circumstances.

She will also be seen in Doctor G, starring Ayushmann Khurrana and Rakul Preet Singh.