Shruti Haasan recently shared throwback images from the time she started modelling as a teenager. Her fans were astounded by her transformation. 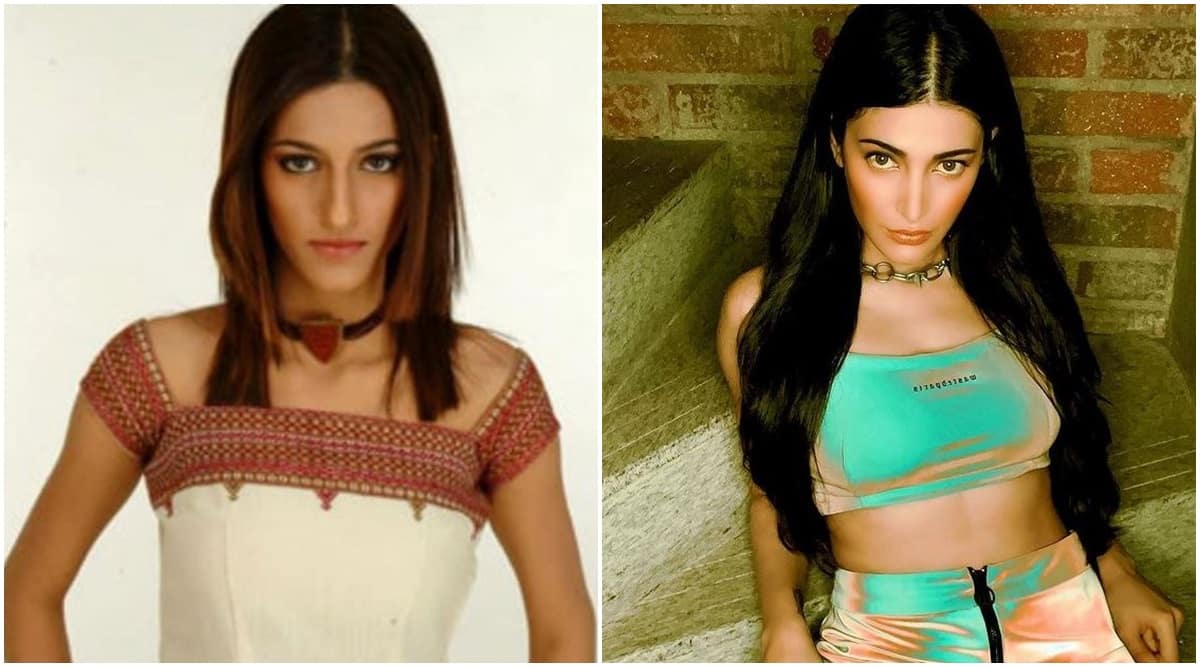 Actor and singer Shruti Haasan recently shared a few throwback photos on her Instagram handle in which she is barely recognisable. All of 17, acting giant Kamal Haasan’s daughter posted photos from her first modelling assignment back in the day.

“When I found these – my first ever modelling gig at 17 ! I look a bit 💩 and a bit ⭐️ but that’s like life isn’t it 😅 I’ve always loved working and growing , even sideways 😉 #memories #flashback,” read the post caption. Fans quickly dropped fire and hearts emojis on her pictures, and while some were complimentary, a few people wondered at the stark contrast between the younger and present-day Shruti.

One user wrote, “My favourite actress,” while the other commented, “Transformation” along with clapping hands emoji. Yet another person mentioned, “Who’s this?” A fan commented, “Is that you? Just shocked!” One user wrote, “That nose!!!” to which the actor simply responded with, “I know!!!”

Shruti Haasan has been working in the film industry since she was only six years old. Her debut was as a playback singer in her father Kamal Haasan’s movie Thevar Magan. Since then, she has sung for many of Kamal’s films, including “Chupadi Chupadi Chaachi” for Chachi 420, “Ram Ram Hey Ram” for Hey Ram, and “Vaanam Ellai” for Unnaipol Oruvan among others.

Shruti Haasan has also acted in many films in various languages, including Hindi, Tamil and Telugu. Some of her familiar work are 3, Gabbar is Back, Krack, Ramaiya Vastavaiya, Luck, and Puli. She was last seen in the Pawan Kalyan-starrer Vakeel Saab, a Telugu remake of the hit Hindi courtroom drama Pink.