Sidharth Shukla passed away on September 2. Days after his demise, his family has issued a statement thanking everyone who has been part of the actor's journey. 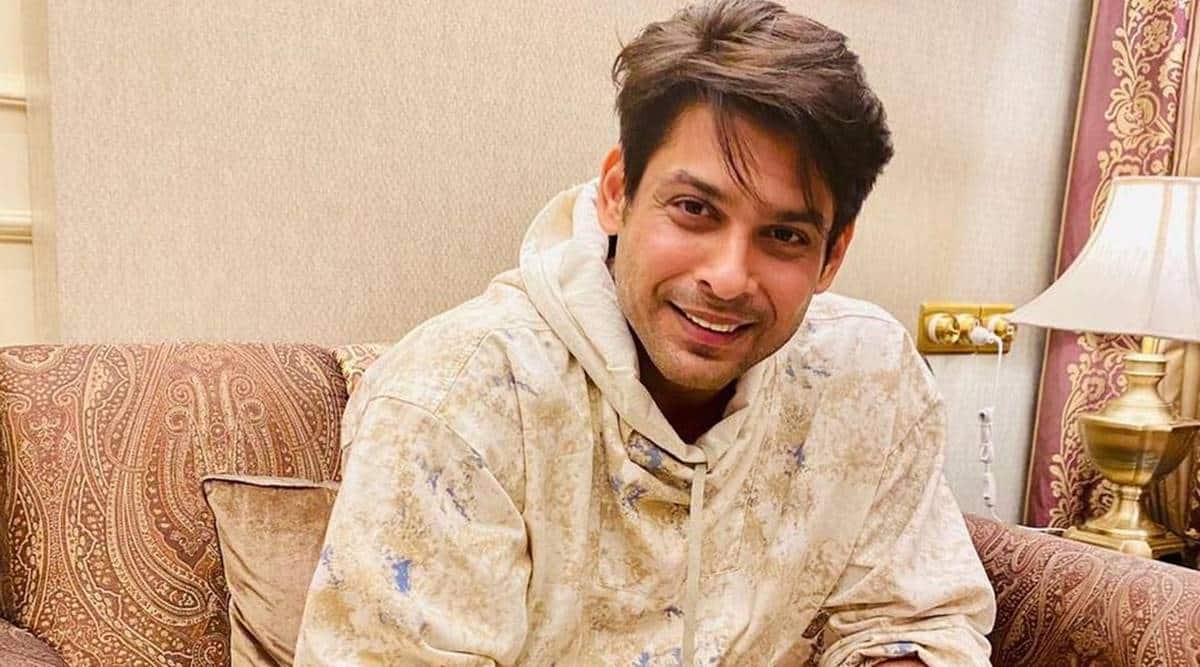 Television actor Sidharth Shukla’s death has left his family, fans and friends in deep pain. The actor passed away earlier this month after suffering a heart attack. A couple of days after his demise, his family has issued a statement asking his well-wishers to respect their “privacy to grieve.”

“Heartfelt gratitude to everyone who has been a part of Sidharth’s journey and showered him with unconditional love. It definitely doesn’t end here as he now resides in our hearts forever! Sidharth valued his privacy, hence we request you to allow our family the privacy to grieve,” the note read. 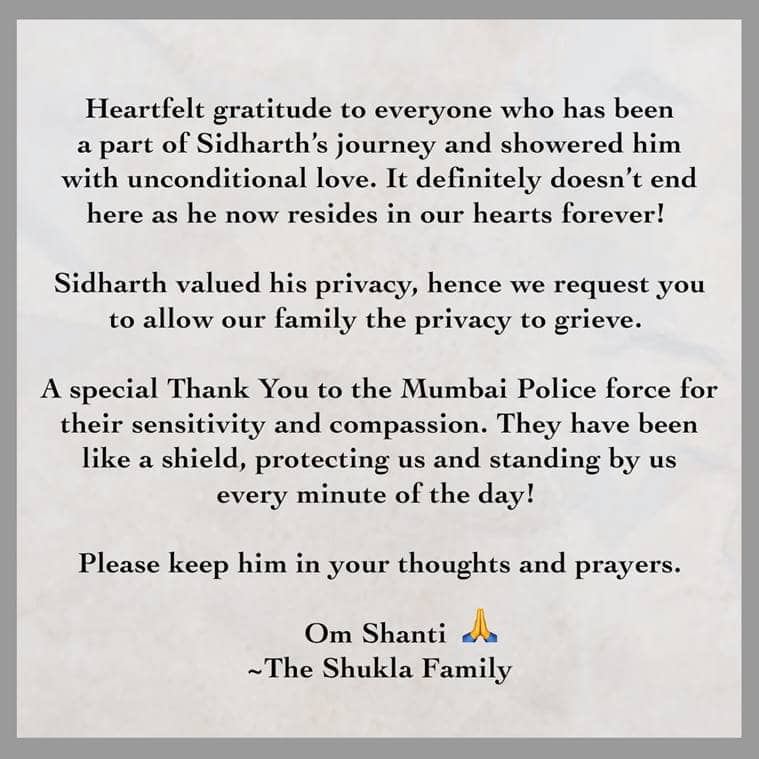 On a concluding note, the family asked his well-wishers to keep Sidharth “in your thoughts and prayers.”

The family members of Sidharth Shukla have also organised a prayer and meditation service for the late actor, which will take place on Monday evening.

Actor Karenvir Bohra shared the news on his Instagram handle along with the invitation card, calling out the fraternity members and friends of Sidharth to come together for the same.

“Let’s all come together today at 5pm for special prayers and blessings for our friend #sidharthshukla organized by his mother #ritaaunty and his sisters #neetu and #preeti and sister #shivanididi @brhamakumaris_bk #seeyouagain on the other side bro,” the caption read.

Sidharth passed away at the age of 40. Dr R Sukhdeve, head of the forensic department, confirmed that Shukla was brought dead on the morning of September 4. A police officer said, “The family called an ambulance and rushed to the Dr RN Cooper hospital. They reached around 9.45 am and he was declared dead before admission.”

Another officer mentioned that the doctor was on his way to meet Shukla and to personally inspect his health. “While drinking water Shukla suddenly collapsed and fell unconscious. He passed away before the doctor could reach,” he informed.

Sidharth, who rose to fame with popular TV series Balika Vadhu, became talk of the town during Bigg Boss 13. He went onto win the thirteenth season of the reality show. His last on-screen appearance was on Dance Deewane 3 with his Bigg Boss co-contestant and close friend Shehnaaz Gill. He also visited Bigg Boss OTT house as a guest with Shehnaaz.