Rajkummar Rao and Kriti Sanon's Hum Do Hamare Do releases on Disney Plus Hotstar on October 29. 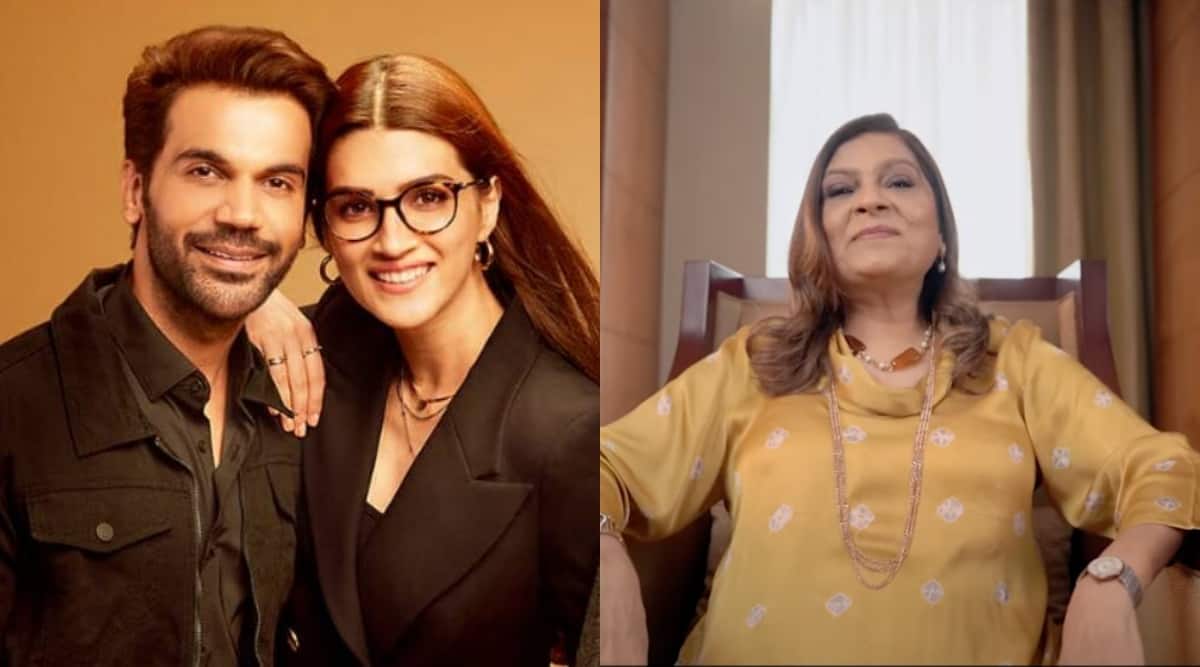 ‘I’m Sima Taparia from Mumbai’ had us hooked on to our screens in 2020 as matrimonial matchmaker Sima Taparia became the central focus of Netflix series Indian Matchmaking. Now, Sima is back, and this time she is helping Bollywood celebrities Rajkummar Rao and Kriti Sanon.

In a new video released by Disney Plus Hotstar for the promotion of their upcoming film Hum Do Hamare Do, Rajkummar and Kriti have a virtual chat with Sima where they ask her to look for parents they can adopt.

Using some of her hilarious callbacks from the Netflix series, Sima chats with the two stars while she enjoys some ‘foxnuts’.

Hum Do Hamare Do also stars Paresh Rawal and Ratna Pathak Shah in significant roles. In a recent chat with indianexpress.com, Ratna shared, “It is a light-hearted look at a family. What the script wanted to say, I liked it. The cast is a lovely bunch of people who I have not worked with earlier. I have not worked with Rajkummar Rao and Kriti Sanon before. I have worked with Paresh Rawal before but very little. So, it was a definite temptation to work with him. Final (reason) was Abhishek who is a first-time director. I have watched the work that he has done in the Gujarati cinema. Gujarati films were very orthodox but the new lot is looking at the world from a different and fresh perspective.”

Rajkummar Rao and Kriti Sanon’s Hum Do Hamare Do releases on Disney Plus Hotstar on October 29.