Sunny Deol decided to give his own spin to the iconic dialogue, with a reference to Rahul Dravid's viral Indiranagar ka Gunda ad. 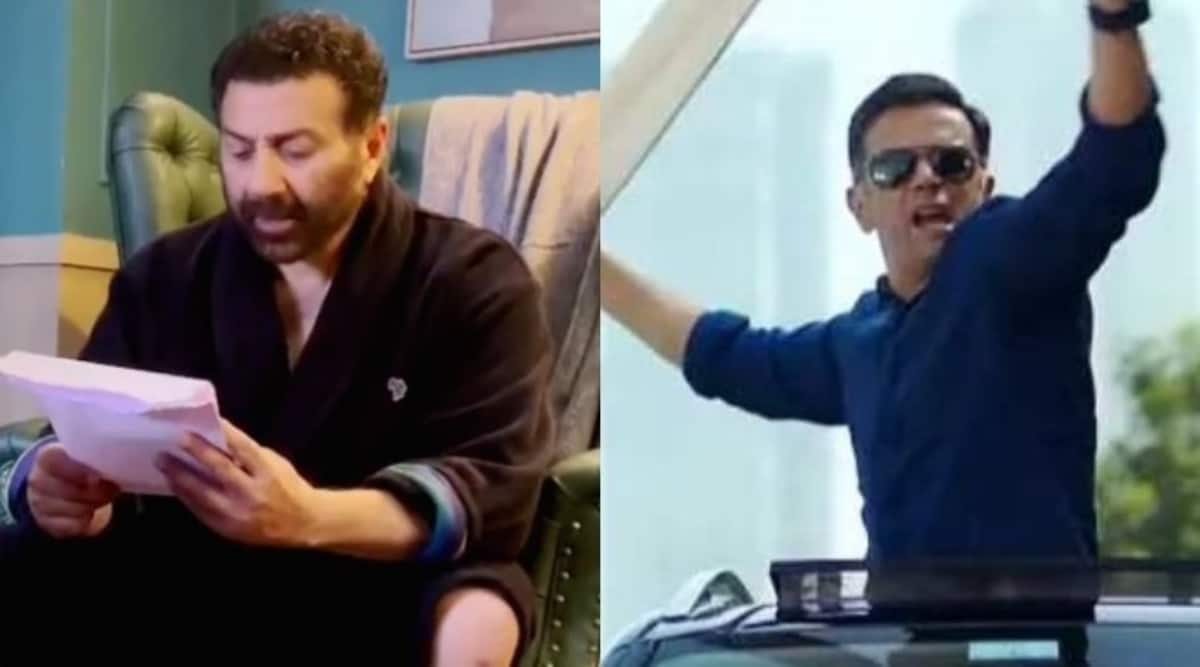 Actor Sunny Deol’s dialogue ‘Tarikh pe Tarikh’ from the film Damini has achieved legendary status, and the numerous memes and jokes that flood the internet stand as testimony. The actor decided to give his own spin to the dialogue, with a reference to Rahul Dravid’s viral Indiranagar ka Gunda ad.

Sunny shared an Instagram reel where he is being asked to say the Tarikh dialogue again. The person isn’t satisfied and asks him to say it with more feel and emotion. However, he only succeeds in annoying Sunny, who says, “Who do you think I am? Indiranagar ka gunda?” He then tears the script.

Damini, starring Sunny, Meenakshi Seshadri, Rishi Kapoor, Amrish Puri, and Paresh Rawal, told the story of how a woman battled the ingrained injustices in society. It related the story of Damini and her fight to bring her house-help Urmi to justice, who had been sexually assaulted. The Tarikh dialogue was said in court by Sunny Deol, who played the role of a lawyer in Damini. Sunny yells this line at a figuratively tone-deaf judge.

The film bolstered his macho image in Bollywood, and his ‘dhai-kilo ka haath’ became embedded in pop culture after it released. It is also considered one of best women-centric films in Bollywood, as it dealt with sexual assault with sensitivity.

Sunny Deol’s son Karan tried to emulate the same dialogue during the promotions of his debut film, Pal Pal Dil Ke Paas, which also featured Sahher Bammba. Karan will be seen next in Apne 2, with Sunny Deol and Dharmendra.