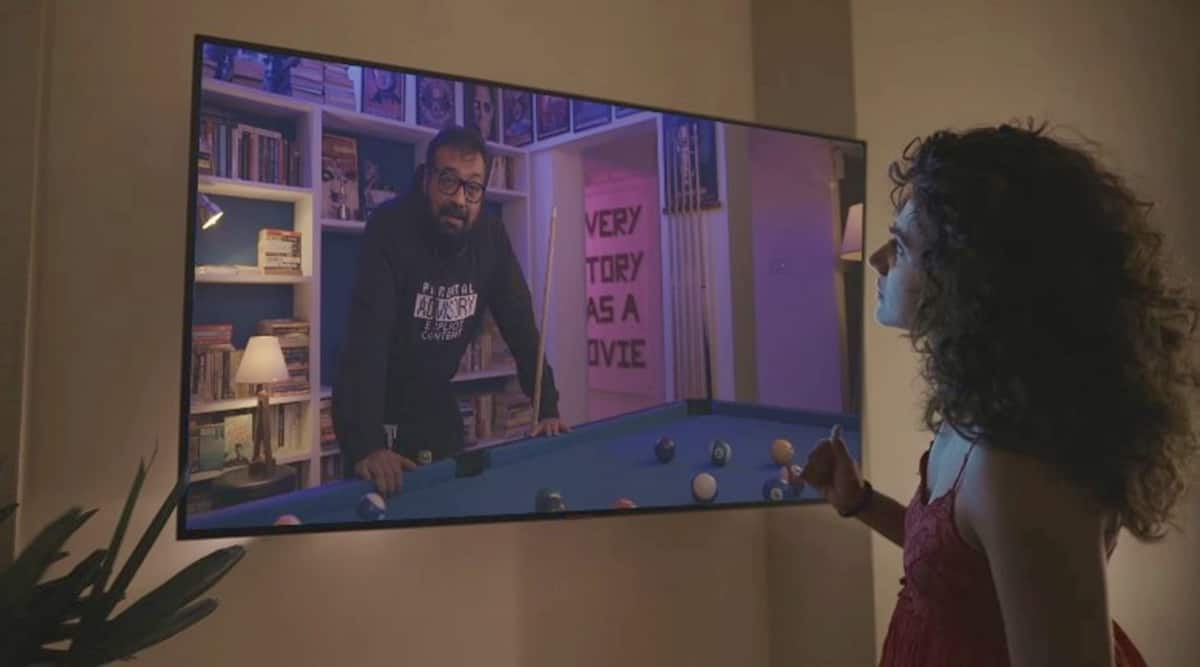 Actor Taapsee Pannu will play the lead role in Anurag Kashyap’s upcoming directorial Dobaaraa. Touted to be a “new age thriller”, the makers announced the project on Friday with an intriguing teaser.

In the teaser, Pannu, who’s all alone at her house, asks Alexa to play something edgy and surprising. Just then Kashyap appears on the actor’s television screen, offering Pannu a chance to do something “edgy” together.

While Taapsee Pannu is averse to doing the typical Anurag Kashyap kind of cinema, he informs her that he has already send her the script which is lying on her couch. In the midst of it all, Kashyap even hints at time travel, which might just be a part of Dobaaraa’s plot. When Pannu asks about the film’s title, Kashyap asks her to check the time. Just then, Taapsee’s watch shows 02:12, which in Hindi reads as ‘Do Baaraa’ or ‘Dobaara’.

Speaking about teaming up with Anurag Kashyap yet again after Manmarziyaan (2018), Taapsee Pannu said in a statement, “This is going to be one of its kind thriller. I have been very lucky with the thriller genre in my career so far, and I always look forward to pushing the envelope under this genre.”

Kashyap added, “Our vision with Dobaaraa is to bring a fresh, new story to the audience and I am very excited for it. This will be my third collaboration with Taapsee, and this time the attempt is to bring an interesting new take on thrillers.”

Dobaaraa will be produced by Ekta Kapoor’s Cult Movies, a new division under her Balaji Telefilms, along with Sunir Kheterpal’s ATHENA and Gaurav Bose’s The Vermillion World Production. Ekta shared in a statement, “Neither of them (Kashyap and Taapsee) subscribe to the conventional and have always pushed boundaries when it comes to delivering different content. I can’t wait for the world to see 2:12!”