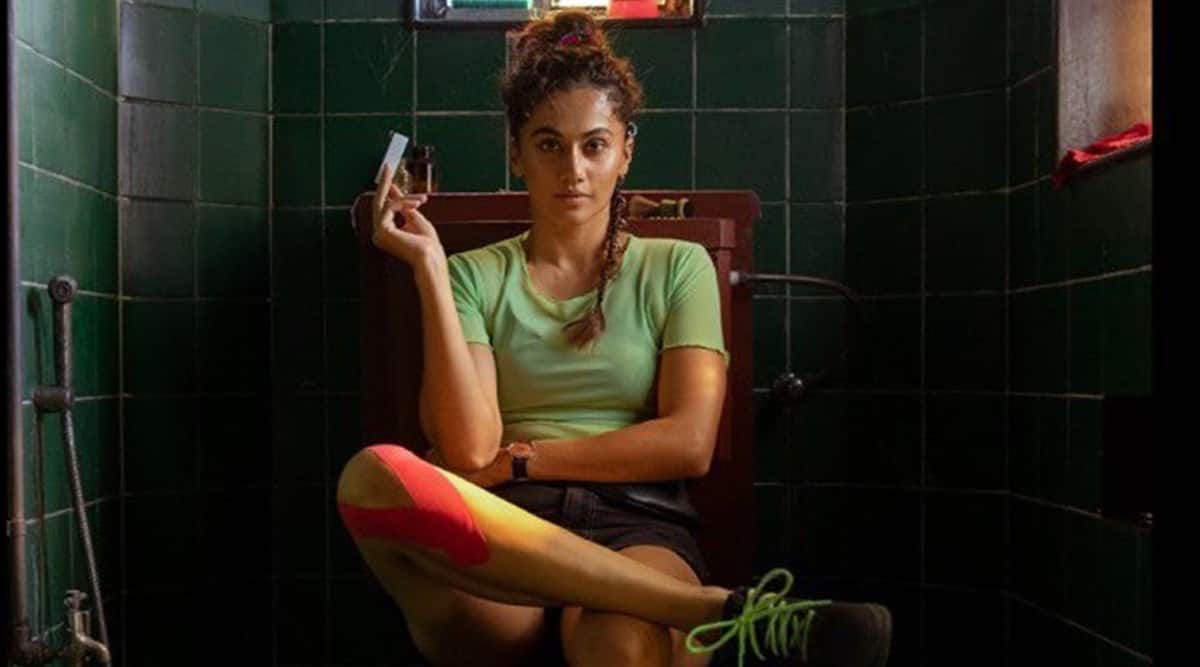 Actor Taapsee Pannu on Sunday revealed that she was reluctant to star in Looop Lapeta, the upcoming remake of German film Run Lola Run, but changed her mind courtesy the makers’ faith in her. Looking back at the journey of the film, Taapsee Pannu wrote in an Instagram post that she was sure she wouldn’t do the film when she began listening to the script, but by the end of the narration, she had changed her mind.

“I ran behind some films and some have just thankfully fallen in my lap. This (Loop Lapeta) being the latter I couldn’t be more grateful to these guys and the luck line in my palm. From entering the narration with the idea to say No, to leaving it with an immediate Yes, thanks to these gentlemen for hanging by a solid script and concept for years and being more sure of me being Savi than I was,” Taapsee wrote alongside a picture of herself with Aayush Maheshwari and Atul Kasbekar and Tanuj Garg of Ellipsis Entertainment.

Run Lola Run starred Franka Potente and Moritz Bleibtreu. Taapsee steps into the shoes of Franka and her character is named Savi. In an earlier post about the film, Taapsee had written: “When you are in between 2 perspectives, in middle of wired up chaos and what you do in the frame is going to matter… Chin up, feet up and just focus! Coz not everybody gets this privilege. (Also coz you are getting clicked by the lens man doubling up as producer).”

Looop Lapeta is slated to release later this year.