From Shah Rukh Khan's Raj to Salman Khan's Prem, here's looking at which of the popular heroes of 90s and the Noughties would fare today. 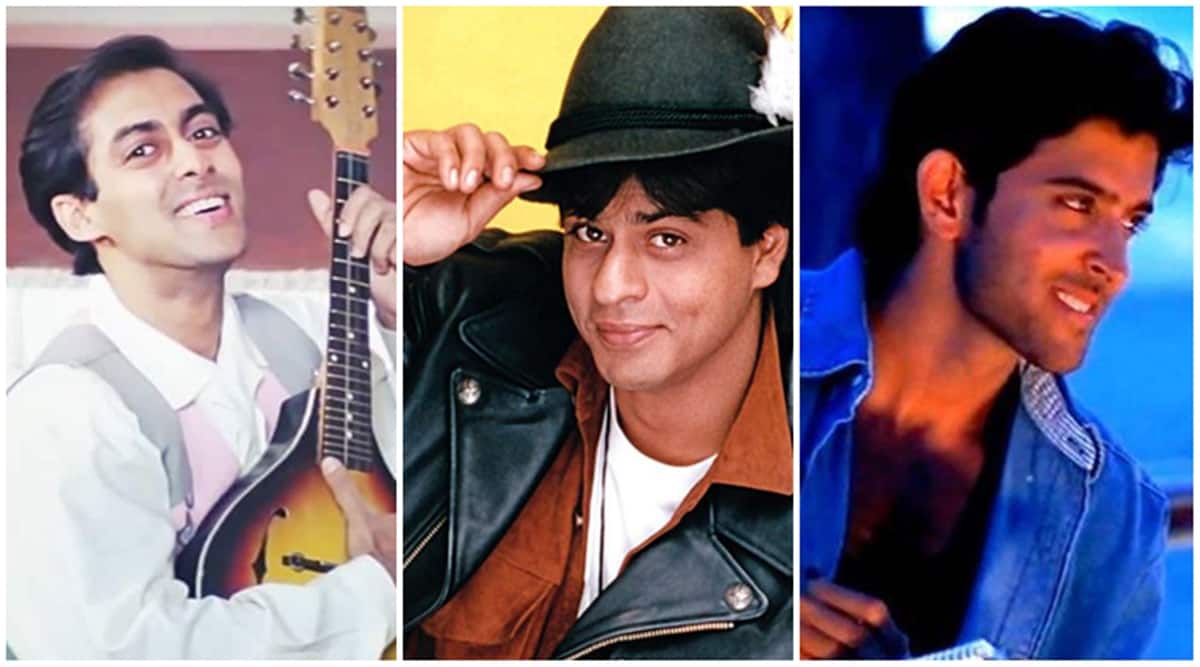 It’s amazing how your perspective on love keeps changing as you spend many years in a long-term relationship. Most girls my age grew up believing and hoping that a Raj would sweep them off their feet on an international holiday, or a Rahul would charm them in a dance school. In some cases, maybe these stories did come true, but most of us have realised over a period of time and some serious adulting, that a long-term relationship needs romance, respect, friendship, compatibility and, most importantly, realism to survive.

So as a 35-year-old married woman, who once desperately hoped to meet the love of her life on a train, plane or in a suitably accidental manner, here’s what I think about all the men I once loved on screen. 1. Raj: Naam toh suna hoga? Raj was created to be every woman’s dream. He had just the right amount of bad boy quotient to tempt a girl, he played a string instrument and wore cool clothes with matching neckpieces that somehow only he could pull off. But he also had a desi heart that beat for the girl’s bauji as much as it did for her. Raj from DDLJ was iconic because he travelled thousands of miles to win Simran and her family over. While I absolutely loved Raj back then and DDLJ will always have a soft spot in my heart, I realise now that Raj, though a nice guy, was a spoilt, entitled brat. He didn’t care about the money being spent on his education and was actually rewarded for flunking college!

His claims of being a ‘Hindustani’ man who would never take advantage of an intoxicated Indian girl, meant that he actually agreed that Simran should preserve her virginity for the man she marries. Not to forget that he feels her up to get even when she is wearing a backless dress. It makes me wonder why no one found his behaviour problematic when the film released, or it was filed away under ‘men will be men’ and actually romanticised. 2. Rahul: When he was not playing Raj, Shah Rukh was playing Rahul. The two Rahul’s I once liked quite a bit, were Rahul from Dil Toh Pagal Hain and Kuch Kuch Hota Hain. Rahul from Dil Toh Pagal Hain organised dance dramas and found his muse Maya in the slightly miscast Madhuri Dixit. While Rahul was a passionate romantic in the eyes of the teenage me, I wonder now if he fell in love with Madhuri because she was like a character he had imagined, or because she was actually someone he got along with. Also, apart from their passion for dance, did they have anything in common at all? I wonder.

Rahul in Kuch Kuch Hota Hain was a rage when the film released. From the friendship band, to the temple visits, and the ‘pyaar sirf ek baar hota hain’ resolve, Rahul was quite the dream guy. But sadly, whether it was Tina or Anjali, Rahul fell for both women after he saw them in Indian clothes and, in both cases, in a temple. Anjali had to completely change herself before he reciprocated her feelings. While one can’t really plan and plot on whom to love, to change yourself completely because the man you loved didn’t like your dressing sense, now that’s something I can’t digest anymore. 3. Prem: Who can forget saccharine sweet Prem? Quite like a chocobar, Prem had a suitably appealing chocolatey exterior, but underneath that beat the vanilla heart of a sanskaari Indian man who sang songs in praise of his shamefully overworked sister-in-law. So, while Bhabhi was a ‘Khushiyon ka Khazana’, Prem was more than happy to be mothered like a man child instead of stepping into the kitchen and actually pouring himself that glass of milk or serving himself the famous Barjatya thali of food. Prem is the poster boy for genteel sexism and sugar-coated patriarchy. I really feel sorry for poor Suman or even Nisha (where Tuffy sealed the deal) who most likely will spend a lifetime doing dhik tana dhik tana in the kitchen as they churned out bowlfuls of halwa. 4. Rohit/Raj: Kaho Na Pyaar Hain: Hrithik was like a romance reset when he made his debut in 2000. He was a muscular, sweet and almost impossibly good-looking guy who could dance like a dream. Hrithik’s Rohit-Raj double role proved that you can be a hunk next door and still spout lines like Kaho Na Pyaar Hain, Kaha Na Pyaar hain. But though I was admittedly smitten by Hrithik back in my teens, when I think about the ending of the film, I wonder whether Sonia, Ameesha Patel’s character, would have fallen for Raj or even given him a chance if he didn’t look exactly like her dead boyfriend. It is rather weird that you would agree to marry someone even when you know that your looks are the only thing holding this relationship together. The two literally know nothing else about each other before they decided to spend a lifetime together. Kaho na serious issue hain.

5. Aditya Kashyap: Now here is a guy I still like. Aditya started off broken hearted and depressed and along the way he learnt to live in the present and take responsibility for his choices from the chirpy, impulsive Geet. But even when he realises his feelings for Geet, Aditya respects what she wants and backs off. Her consent matters to him. Quite unlike the obnoxious Kabir Singh who brands a woman with ‘meri bandi hain’, Aditya only goes looking for Geet when her family requests him to. Aditya as a character was perhaps overshadowed by Geet’s exuberance, but when I think about a reel life male lead who would also make a great real life partner, Aditya Kashyap is perhaps the only one who comes to mind.