In a video released by Disney, we see Shah Rukh Khan dubbing for Mufasa in The Lion King. Along with SRK, his elder son Aryan Khan has also lend his voice to the crown prince, Simba. The live-action film releases in India on July 19. 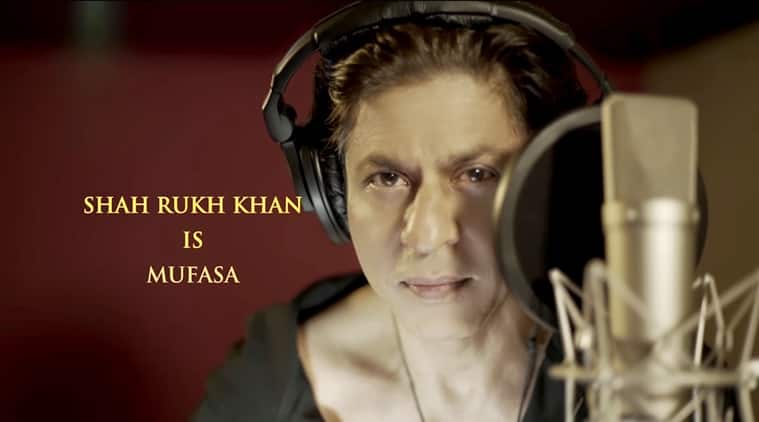 Disney on Friday released a special Hindi trailer of The Lion King and Bollywood superstar Shah Rukh Khan can be seen in his element, perfectly voicing Mufasa, the wise King of the Pride Lands. The video has aptly been titled “Rise Of The King – Shah Rukh Khan”.

The dialogue he is recording in a dubbing room is a life lesson Mufasa is giving to his son Simba before his death, to not succumb to the hardships of life and imbibe all leadership qualities to protect his tribe.

Shah Rukh Khan had recently tweeted his excitement of being part of The Lion King. He wrote, “Glad to be a part of this journey… a timeless film. Voicing it in Hindi with my own Simba. The last time we did a film was around 15 years ago and it was ‘Incredible’ and this time around its even more fun. Hope everyone enjoys it 19th July onwards. #TheLionKing”

SRK’s elder son Aryan Khan will lend his voice to the primary character Simba, the crown prince who gets exiled by his uncle Scar.

The Lion King is Disney’s upcoming live-action remake of the animated musical classic by the same name. Several talented actors have come together to dub for its Hindi version including Ashish Vidyarthi (Scar), Shreyas Talpade (Timon), Sanjay Mishra (Pumbaa) and the legendary Asrani (Zazu).

The Lion King is directed by Jon Favreau and is based on a screenplay penned by Jeff Nathanson.