Danielle's is the story of every Indian middle-class family, which has a graduate, who hasn't figured out what he or she wants to do in life, yet. 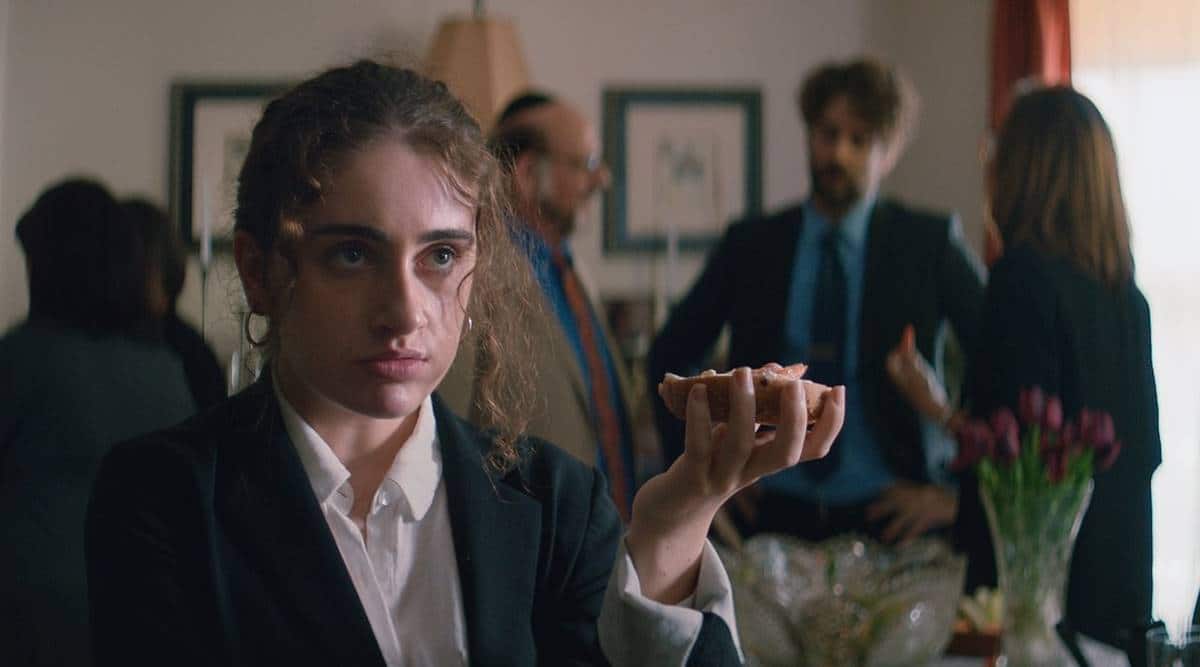 The story goes that filmmaker Emma Seligman wrote a sci-fi script for her final year thesis at the New York University. The script apparently was superficial and highly uninformed. So her professor gave her very elementary advice, “Write what you know.” And that’s what she did. She was very familiar with two things at the time — how the tightly-knit Jewish community functions and the culture of sugar dating, which she says was a major part of her college experience in New York. She combined her knowledge of these two worlds and made a sex comedy called Shiva Baby. Do you see Emma’s clever wordplay with the title? Shiva Baby rhymes with sugar baby.

Shiva Baby follows the nerve-wracking experience of Danielle (Rachel Sennott), who gets locked inside a house full of nosy relatives and neighbours. All hell breaks loose when she bumps into her sugar daddy at the shiva, which is a period of mourning in the Jewish community.

In her early 20s, Danielle is overburdened with society’s pressure on her young shoulders. She is not yet sure what she should do with her life, which career should she choose. She wants to experiment with every aspect of her life, including her vocation and sexuality. You can easily relate to her when she is constantly asked what’s she up to these days? Her overbearing parents Debbie and Joel, played by wonderful Polly Draper and Fred Melamed respectively, want her to lie to everyone at the shiva, because ‘log kya kahenge (what will people say)?’. Danielle’s is the story of every Indian middle-class family, which has a graduate, who hasn’t figured out what he or she wants to do in life, yet.

The universality of Danielle’s predicament hooks us to the narration. Your heart skips a beat every time she is waylaid by an intrusive relative, who seemingly doesn’t understand the concept of privacy. And the atmosphere gets claustrophobic with the arrival of Danielle’s sugar daddy Max, played by Danny Deferrari. If it isn’t awkward, Danielle finds out Max is married to a super successful entrepreneur and gorgeous woman Kim, played by Dianna Agron. They have a beautiful baby together, and another is on the way.

Danielle’s prying social circle makes her feel so powerless and inadequate all the time. That’s the reason she uses her sexuality to feel powerful and in control. While the awkwardness that pushes Danielle to a breaking point is unquestionably funny, the film also talks about the trauma of children who are forced to live up to the unfair standards set by a highly judgmental community. The societal pressure pushes them to make poor and regrettable choices.

The story is just about Danielle and her trauma. There is an angle to everyone. Even the characters that appear in the movie for a few seconds leave an impression. Take, for example, Max. He is a tall, handsome man, who is blessed with good things in life. Yet, he cheats on his wife. Why? Maybe it is his way of battling his insecurity of being a trophy husband to an overachieving wife. Like Danielle, he also uses sex to assert his power and control his life.

Max’s wife Kim is insecure about her husband. She seems worried her entrepreneurial success might drive him away. Perhaps, she hopes by starting a family she could stop her marriage from going astray. It is all about being in control of one’s own life.

This film is an emotionally charged roller-coaster ride, filled with vulnerability, anxiety attacks, regrets, chaos, doubts, guilt, fear, self-loathing, shame and yes, never-ending awkwardness. And yet, it is hilarious.

Shiva Baby is streaming on MUBI.