But Sunny Deol does not leave any stone unturned to make his third effort as director an all-inclusive package to launch son Karan and newcomer Sahher Bambba.

Sadly, a lot of these excesses prove to be the film’s undoing when it deviates from its simpler instincts and surrenders to tired Bollywood tropes like foul games of politically influential families and the constant reiteration for Ma ka pyaar and prayer.

In the beginning though, it evokes the nostalgia of Sunny’s own debut Betaab in how a banter-filled romance blossoms between a mild-mannered mountain boy and sassy city girl against picturesque valleys and vistas.

Truth be told, Pal Pal Dil Ke Paas is quite alright until it stays inside the lap of nature.

Deol realises the poor boy-rich girl equation is past its sell by date and creates a contemporary space for the boy and girl to meet in Jasvinder Singh Bath and Ravi Shankaran’s upbeat writing.

And so, Karan runs a trekking resort in Manali while Sahher’s a vlogger from Delhi.

The people inhabiting their contrasting worlds are equally nice, normal and undramatic.

Deol lends some nice touches to their interaction that raises eyebrows and justifies the trip’s exorbitant fee and explores the perils of an uninformed traveller.

A sense of practicality envelops their scenic adventures as the mood shifts from apprehension to awe and they start to support each other in sickness and secrets.

The actor-director’s insistence to toss in a teddy bear against Sahher’s independent girl imagery shows he still has a long way to go.

This moth-eaten mindset also insists Karan shares his sad orphan story every few minutes. But to imply his mom’s presence in spotting a snow leopard pushes it to the point of hilarity.

Anyway, it’s a matter of time before breezy songs combined with pretty sights and thrilling sports of the gorgeously shot confection (cinematography Himman Dhameja, Ragul Dharuman) do their bit.

Karan and Sahher realise they’re head over heels in love immediately after they go their separate ways and find themselves frantically texting each other on the phone.

With no real conflict to keep them apart, the narrative turns Sahher’s previously aloof ex-flame, a younger, puny Nadeem (of Shravan) fame clone into a bitter loser threatening her with dire consequences.

Her ‘name and shame’ reaction takes the movie into far wilder places than the trek in Manali.

Whatever visual pleasure or harmless chitchat Pal Pal Dil Ke Paas has to offer until this point makes way for unending, implausible drama in a series of daft complications fuelled by the usual rigmarole of social network and media.

Now that you know Pal Pal Dil Ke Paas squanders whatever potential it had, here’s the other thing you need to know.

How are the kids?

Despite tacky styling and unflattering makeup, Sahher Bambba — bearing an uncanny resemblance to an early-day Tanushree Dutta — cuts a plucky and vivacious picture.

Karan Deol is not much of an actor.

He seems like a good kid though, as Indian parents love to say, ‘acha bacha’.

But emotions simply do not flow out of him.

At times, he looks and sounds like a helpless lamb until his comfort in adventure sports and occasional Sunny-style screaming says he is capable of intensity, one that would need a better director than his dad to tap. 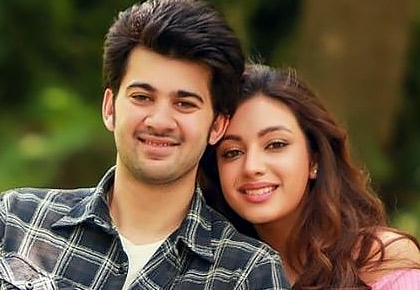 Are you a Movie buff?