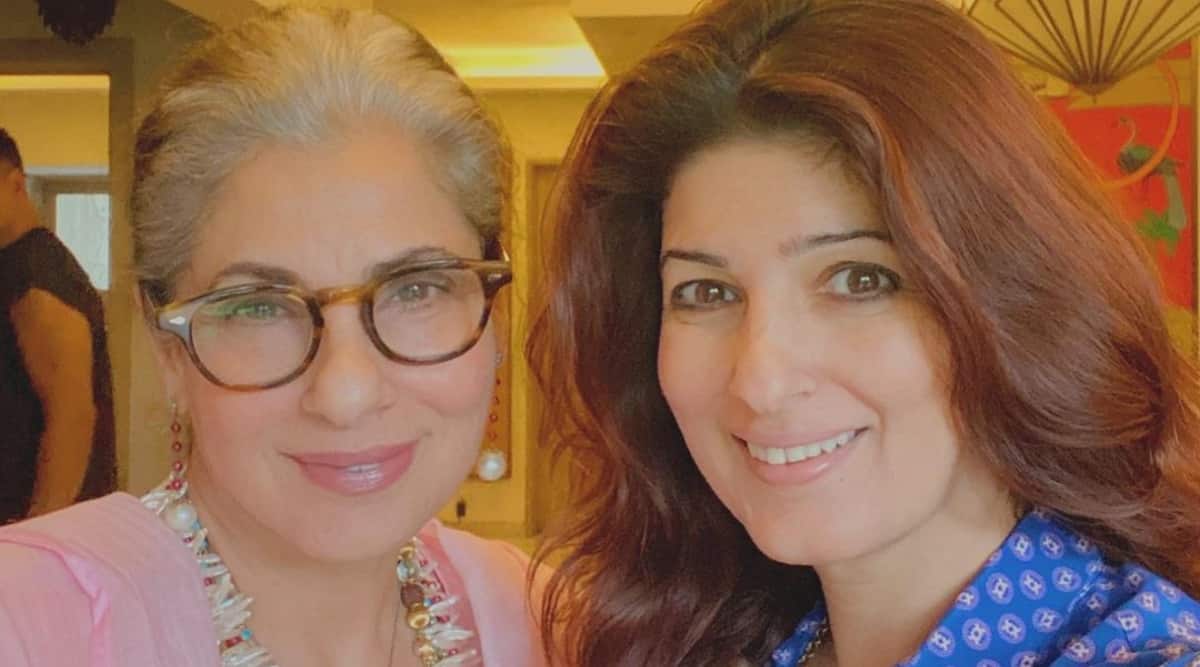 Actor-turned-author Twinkle Khanna on Tuesday took to Instagram to wish mother Dimple Kapadia on her birthday. Twinkle shared a photo and wrote a witty caption along. It read, “A certain someone photobombing our lovely birthday picture! Mother meanwhile is taking each year and turning it backwards like it’s a Nolan movie! #ageless #birthdaygirl.”

It seems like Twinkle’s husband Akshay Kumar is photobombing the mother-daughter picture.

Dimple Kapadia, who made her debut with Raj Kapoor’s Bobby, is celebrating her 64th birthday on Tuesday.

Dimple was last seen in the Hollywood film Tenet, directed by Christopher Nolan. In an interview with PTI, she spoke about her experience of working with the famed director and said, “Honestly, I was under so much pressure of my own while doing it. I was so tense that I couldn’t really appreciate or enjoy what was going on. If I think about it now, it was a beautiful dream for me.”

In a chat with Twinkle, Christopher Nolan talked about working with Dimple Kapadia. He said, “Her skill and charisma were immediately apparent, and it was very much what I wanted for that character. So I was very excited to have found someone who I knew could take what I had hoped for, what I had put on the page, and take it to the next level.”