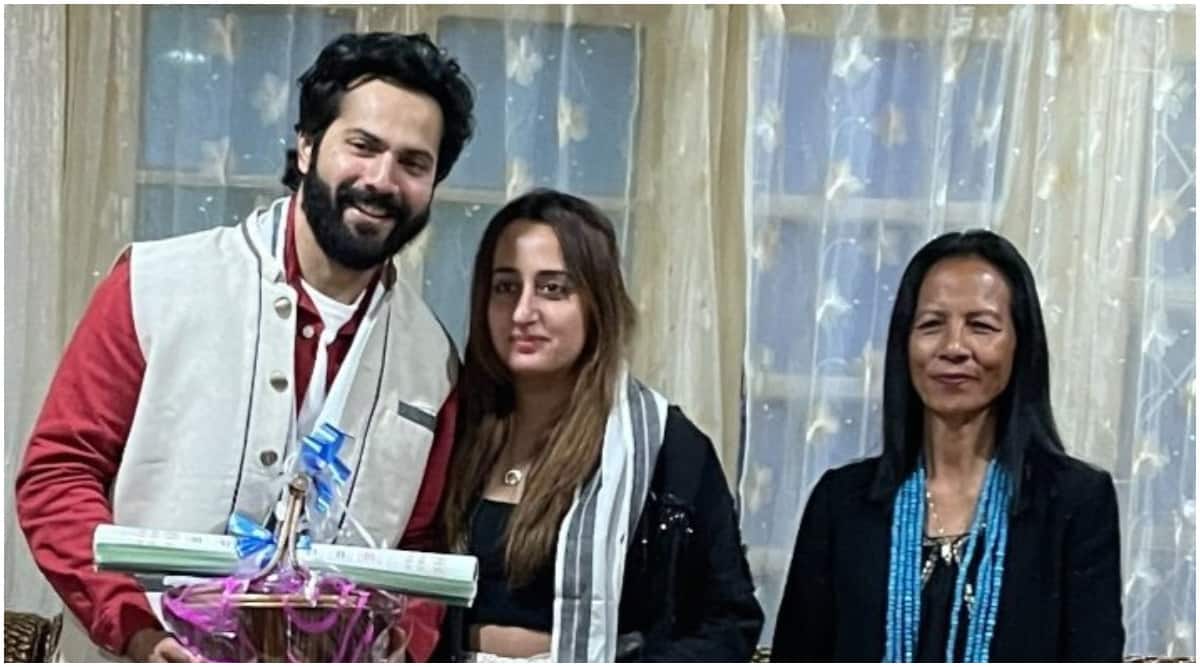 Varun Dhawan and Natasha Dalal have donated Rs 1 lakh for the relief of fire victims in Arunachal Pradesh’s Tirap and Longding districts. Varun Dhawan has been shooting in the state for his upcoming film Bhediya, directed by Amar Kaushik.

Varun handed over the amount to Ziro’s deputy commissioner Somcha Lowang, who has been overseeing the relief work for the victims in Tirap. A report in East Mojo suggests that at least two persons, including a 6-year-old child, died after a massive fire broke out at Longliang village in March. Thatched houses in the village gutted in the fire.

Varun and Natasha’s photos with Lowang were shared on Dipro Ziro’s Twitter handle, which also featured photos of actors Kriti Sanon, Abhishek Banerjee, Amar Kaushik and others from the team of Bhediya.