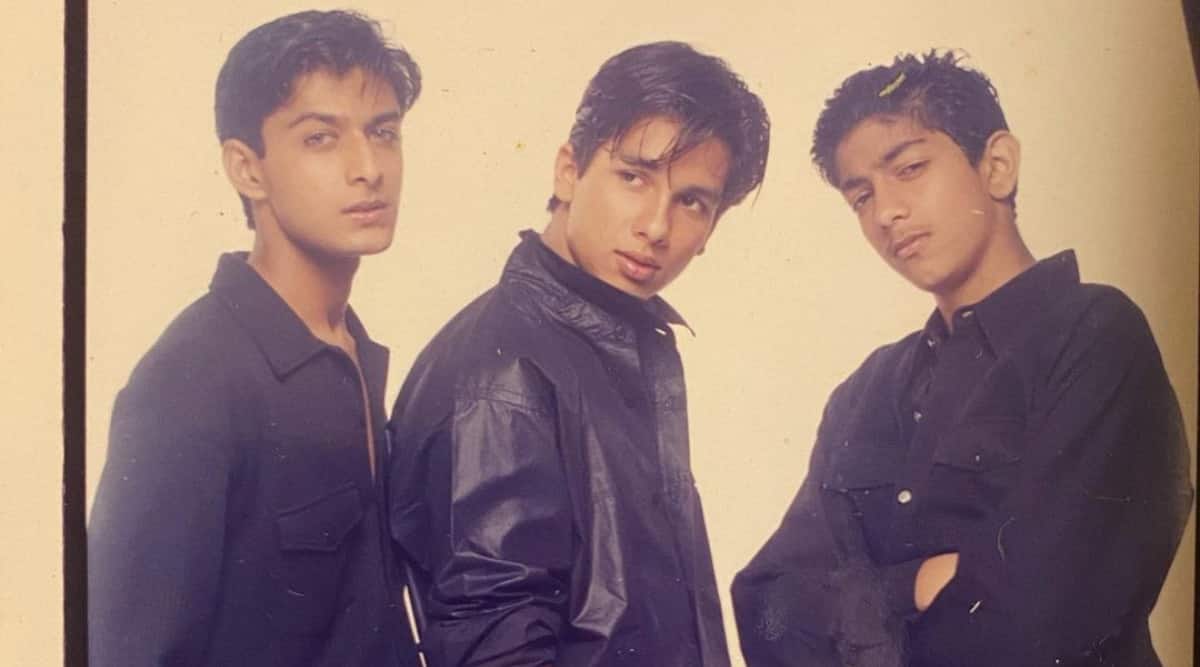 Vatsal Sheth on Sunday surprised his fans by sharing a throwback photo. Apart from seeing his younger self, fans were also treated to a young Shahid Kapoor in the photo. The picture, presumably from an ad shoot features another young man, as all three, dressed in black, pose for the camera.

Sharing the photo, Vatsal wrote on Instagram, “Blast from the past… @shahidkapoor remember this .” While Vatsal has an angry young man attitude in the photo, Shahid looks chic in his glazed shirt.

While Shahid Kapoor is yet to respond to the post, fans loved the throwback as they went ‘awww’ on Vatsal Sheth’s post. As they dropped heart emojis on the post, a follower wrote, “awww, this picture just made my day,” while another added, “Omgggg handsomes in one frame !!.”

Having started his career with Just Mohabbat in 1996, Vatsal made his big Bollywood debut with Taarzan: The Wonder Car in 2003. He went on to star in films like Nanhe Jaisalmer, Jai Ho, Heroes among more, before paving his way back to TV with Ek Hasina Thi. He followed it up with Rishton Ka Saudagar – Baazigar, Gehraiyaan, Haasil and Yeh Rishtey Hain Pyaar Ke. Last seen in Malang, Vatsal is now looking forward to the release of Adipurush. He is married to Tanushree Dutta’s younger sister, Drishyam fame Ishita Dutta.

Shahid Kapoor, on the other hand, is awaiting the release of Jersey, that’s set to hit cinema halls in December.