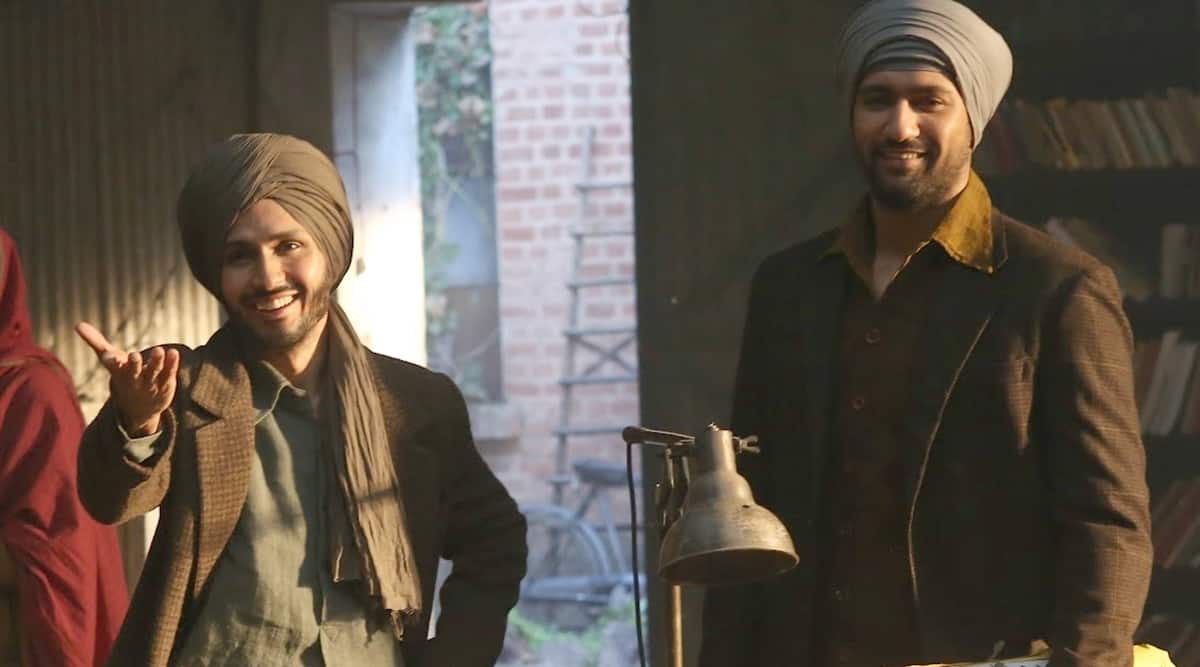 A Bollywood film around India’s freedom movement is incomplete without the reference of Bhagat Singh. And needless to say, his track is of importance in the upcoming Sardar Udham too. Ahead of the release of the Shoojit Sircar directorial, lead actor Vicky Kaushal on Tuesday introduced the first look of Amol Parashar who plays Bhagat Singh.

Vicky, who plays the title role in Sardar Udham took to his social media handles and posted a candid still with Amol from the movie. In the caption, he wrote, “My guru, my friend, my brother… Mera Bhagatya! Presenting @amolparashar as Shaheed Bhagat Singh. Glad we played this friendship Amol. #SardarUdham #SardarUdhamOnPrime Oct 16.”

Amol Parashar, known for projects like Tripling, Home, Dolly Kitty Aur Woh Chamakte Sitare, Feels Like Ishq and more, reposted Vicky’s post on Instagram. He wrote, “An honor to play this character, a privilege to work with this team and an absolute pleasure to share screen space with the brilliant @vickykaushal09 – Bhai can’t wait for the world to see your magic as Sardar Udham Singh! Thank you for an experience I will cherish for a lifetime @shoojitsircar @jogifilmcasting @ronnie.lahiri.”

Udham Singh, while imprisoned in India for carrying arms and ammunition, came in contact with Bhagat Singh, who was in Mianwali Jail for killing JP Saunders and bombing the Legislative Assembly. The two became friends and Udham Singh was so inspired by Bhagat Singh that he called him his “guru” and “best friend”.

Considering Vicky has referred to Amol as his onscreen “guru, friend and brother” we expect Bhagat Singh to inspire Udham Singh in his fight and their characters to project some heartfelt camaraderie in the period drama. As per the makers Amol has a special appearance in the film.

Sardar Udham will have its digital premiere on Amazon Prime Video on October 16.