Vijay Sethupathi has stepped into his next full-fledged Hindi project.

“We were supposed to start shooting for Merry Christmas in April, but then Katrina contracted COVID. Now we are finally working together, and it’s great fun. It’s always exciting to work with new directors and co-stars. There’s so much to learn from everyone,” Vijay tells Subhash K Jha.

Vijay’s other Hindi project is Cinematographer-Director Santosh Sivan’s Mumbaikar, a remake of the Tamil film Maanagram.

Then there is Raj and DK’s Web series for Amazon called Fakes, also in Hindi.

Vijay is brushing up on his Hindi, as he will not let anyone dub his lines in Hindi. 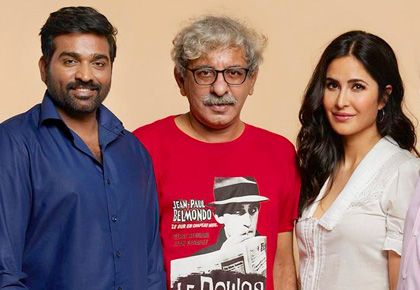