The latest episode of WandaVision had a lot of big moments and it has left us with many more questions. The latest episode of WandaVision answered a lot of fan questions as we finally learnt who was behind the Westview anomaly. With many new secrets being revealed, this latest episode of the MCU series has raised the stakes for the apparent blissful world of Wanda Vision.

Here are 5 things that must have intrigued you in this episode of WandaVision:

While this was expected by ardent fans, it still came as a surprise. Agnes, played by Kathryn Hahn, is in fact Agatha Harkness who is apparently responsible for the whole Westworld anomaly. While Wanda has been wondering how she created everything in Westview, we now know that it was ‘Agatha All Along’.

2. Who is Agatha Harkness?

In the comics, Agatha is a witch who survived the original Salem witch trials and was one of the mentors for Wanda. But, in the series, it looks like the makers have skipped ahead in the storyline where Agatha is, in fact, the villain of the story. Agatha was first introduced in the Fantastic Four comics in the 1960s.

So far, we have learnt that Monica’s mother Maris was a close confidante of Captain Marvel and it has been slightly mentioned that Monica has some unfinished business with Carol herself. But watching her realise her powers this week was a big moment for WandaVision fans. As a result of going in and out of the hex several times, the recent one being the most crucial, Monica seems to have gained some superpowers. The powers came into play when she went to face Wanda and tried to tell her the truth about the outside world. 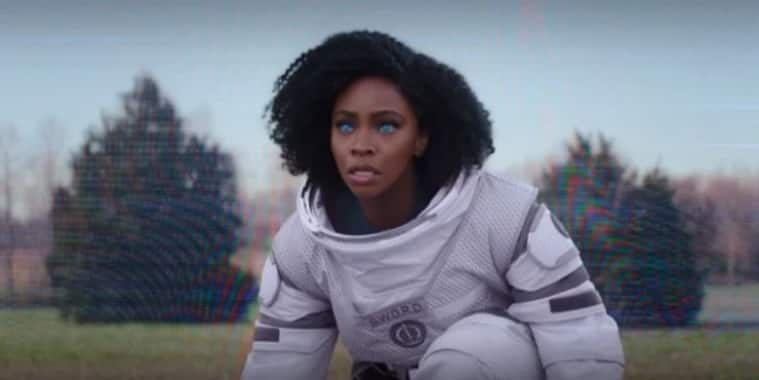 This week, there was an important post-credits scene in WandaVision. We saw Monica trying to get into Wanda’s house through a hatch but as soon as she opens the door, she can see something magical, probably as a result of Agnes’ powers. Just then, Pietro, played by Evan Peters returns to the scene. It seemed like Pietro was banished by Wanda after the events of Episode 6 but his return has opened a new can of worms. Pietro’s return is yet to be explained in the show.

While it is obvious from the first frame itself, this week’s episode drew its inspiration from Modern Family and The Office. The mockumentary format with a fairly modern setting took us to the next decade of television culture but it was quite noticeable that despite the familiar format, the makers chose to keep background music as a part of the show. The Office and Modern Family are both known to have no background music, unless absolutely necessary.