The original bad boys of the small screen, Raghu Ram and Rajiv Lakshman, return to what they do best, this time in a new format 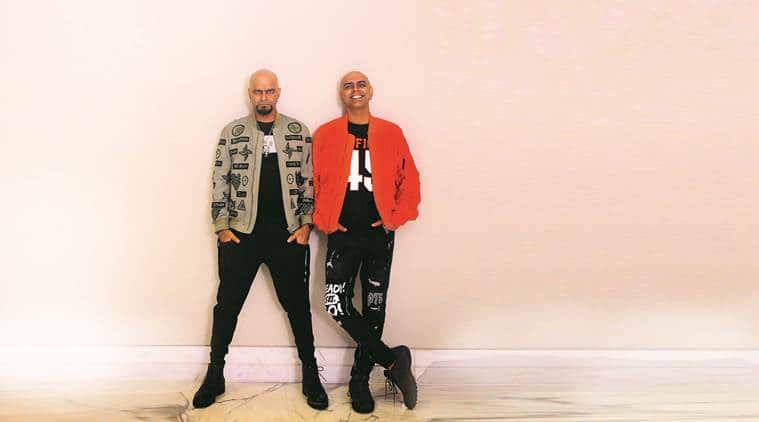 It is the original duo that earned the tag of ‘Enfant Terrible-s’ and played it to the gallery completely. In 2003, twin brothers Raghu Ram and Rajiv Lakshman screamed their way into a TV career, with profanities bleeped out as often as they opened their mouths to talk, by judging contestants for the show MTV Roadies.

Soon enough, they had cemented their place in Indian pop culture. The two became popular for calling out contestants and heaping them with abuses in the auditions. “Only the abuses are remembered, but no one remembers why we were doing it. We talked about honour killings, dowry and live-in relationships.

When we would see someone being judgmental about dark skin, or being homophobic, or someone who needed to be schooled, we did what was needed. I think we were the first unapologetic loud liberals. We don’t see them now. Everyone is scared,” adds Raghu. “Tough love. That is what it was. We would create a hard, negative world and the test was, could you survive it? Agar British rule nahi hota, toh Gandhi bhi nahin hote. Heroes are only born out of adversity,” recalls Rajiv.

Collectively, the words and work of the two had riled up many people and some even hated them. They even faced an attack by the Akhil Bhartiya Vidyarthi Parishad (ABVP). The outfit had cited that abuses were not a part of Indian culture. “We were just having a conversation with kids, which the grownups were not able to.

The adults were offended and taken aback. But so many people, who are now adults, share with us that they watched Roadies on the sly because their parents didn’t allow them to. We had an impact — they hated to love us — we couldn’t be ignored. But you cant inspire by playing safe and blending in,” share the brothers. They are 44 and complete each other’s sentences often.

TV critics may have panned them but the people wanted to watch. The hard-to-please judges are now making a come back together after a long hiatus. Their latest venture is Skulls and Roses, a reality show which streams on Amazon Prime, starting today.

The show which is shot in Knysna in South Africa, has 16 boys and girls as participants. They have been divided between Rose Island where they are encouraged to bond and fall in love, and then the scene shifts to Skull Island where the very same bonding is then tested for its fortitude and authenticity. Fear Factor meets Love Island, we feel.

Raghu disagrees. “You don’t have a frame of context for this. You have never seen something like this. We have brought the ‘we vs me’ template in play here. The instinct to love, care and nurture vs the instinct to self preserve — two of our very primitive instincts,” shares Raghu. Rajiv nods in agreement. “This will make you uncomfortable, it will get awkward and yes it will shock you,” he adds.

Raghu and Rajiv were in the middle of reality TV boom in India. The music was pulled out of MTV and one saw a plethora of reality shows. The two produced Roadies and later produced MTV Splitsvilla and MTV Dropout Private Ltd. “MTV in the late ’90s and early 2000s was a madhouse run by mad people. We all started together, Cyrus Broacha — with his Bakra — a mad Parsi.

But that’s how he was in real life and the place let him be. We never knew what our ratings were,” adds Ram. “Once we got a business sheet for the decade, and we saw losses for nine years, except this one year where it reflected some profit. Everyone was scratching their heads, ki humne kiya kya.” says Rajiv.

The brothers were born and brought up in Delhi’s Munirka and have their roots in Andhra Pradesh. Born to a chartered accountant father and a journalist mother, the two were very active in the cultural societies during their stint at Delhi University. “We had an acoustic band and choreographed performances. Those were simpler times.

There were trees to climb and streams to swim. We thoroughly enjoyed ourselves. We forgot to study and, are, essentially, college-drop outs. We have always carried Munirka with us. People who saw the auditions remarked ‘thoda Munirka ka feel aa raha tha,” share the twins.

Raghu and Rajiv began their careers as spot boys for a project, and then made the most of the cable boom that captured India during the mid-90s and early 2000s. They did every kind of job possible with the BBC and TV 18 among others. “We are thankful to our parents who let us be. And we want every young person out there, who’s trying to make it, and wants to make their parents proud, to just be happy and be comfortable in who you are. One doesn’t need much else,” says Raghu.

We wonder if the duo will elicit their choicest abuses and dole out their signature brand of tough love, especially in times of social media, where everyone can abuse anyone without a second thought. “Today it’s all weaponised. There are organised attacks on people. Everyone is a bully. We would confront racism — which is very different than a misogynistic and structured attack on a woman’s weight, dress and choices. Please don’t club us together. As for social media, it is like switching on a bulb in a very dirty room. It’s not the light bulb’s fault — the filth was already there. The light bulb is just illuminating that fact. That is what social media is,” he adds.