The viral videoclip has Bobby Deol asking brother Sunny Deol to maintain social distancing lest he also gets sick. It then shows him putting a Q-tip up Aishwarya Rai's nose, as if for an RT-PCR test. 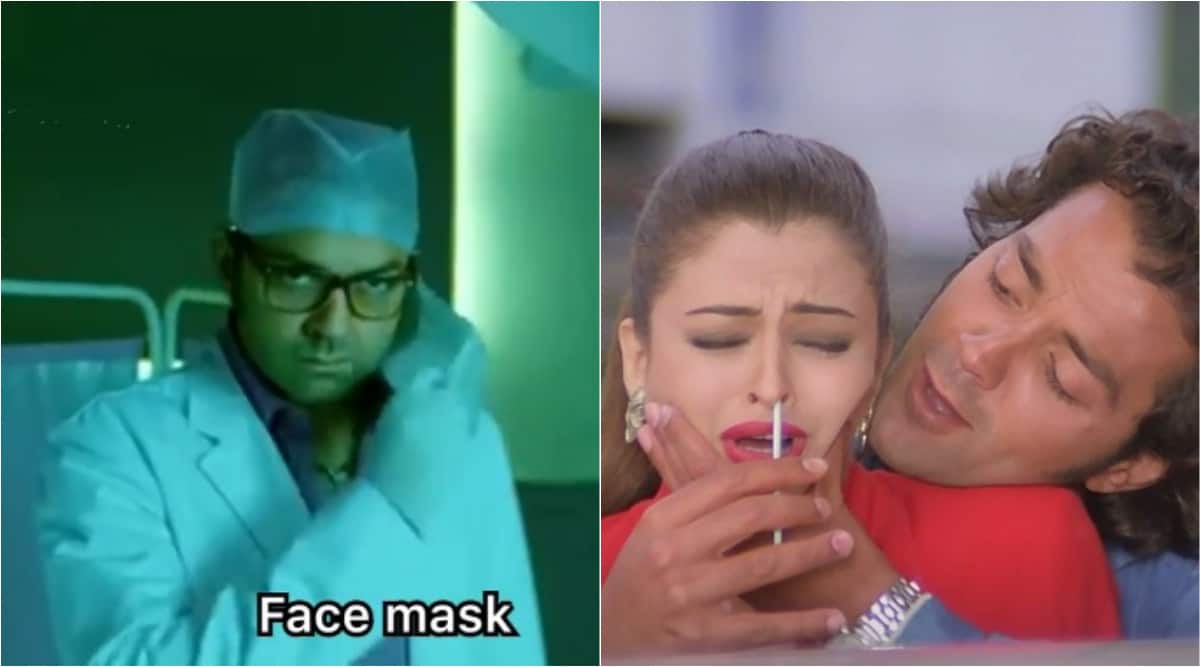 Bobby Deol seems to have become a favourite among memers as someone created a video with clips from his films, that shows how the actor had known about COVID-19 all along. In the hilarious video, Deol also seems to be propagating the safety precautionary measures.

The video opens with Bobby Deol saying that he can see things clearly even though other people are turning a blind eye. A clip from Dillagi follows where he asks brother Sunny Deol to maintain social distancing lest he also gets sick. It then shows him putting a Q-tip up Aishwarya Rai’s nose, as if for an RT-PCR test.

It’s followed by clips from Bobby Deol’s other films where he dons a face mask, washes his hands and even locks up his door to maintain quarantine.

A meme page Bollywoodunderworldposting shared the video with the caption, “Lord Bobby predicted COVID-19 and told us to follow the safety precautions.”

The video also received hilarious response as fans hailed ‘Lord Bobby’ and his prophecy. A user bruhmos wrote, “Lord Bobby was way ahead of his time,” while another added, “I believe in Lord Bobby Supremacy.” A fan got everyone amused when he wrote, “Bobbyshield vaccine kab aayegi?”

Apart from making a wave on social media through memes, Bobby Deol has also been hailed for his performance in his recent work Aashram and Class of ’83.

Talking about his recent career choices, Deol in an interview to indianexpress.com said, “As you know, I was away for sometime, and the young generation is not so aware of who Bobby Deol is. So I have a chance to start from a clean slate and create a new image for myself as an actor who does different kinds of roles.”

The actor will be next seen in Ranbir Kapoor starrer Animal, Love Hostel and Akshay Kumar’s Bachchan Pandey. He is set to also team up with brother Sunny Deol and father Dharmendra for Apne 2.