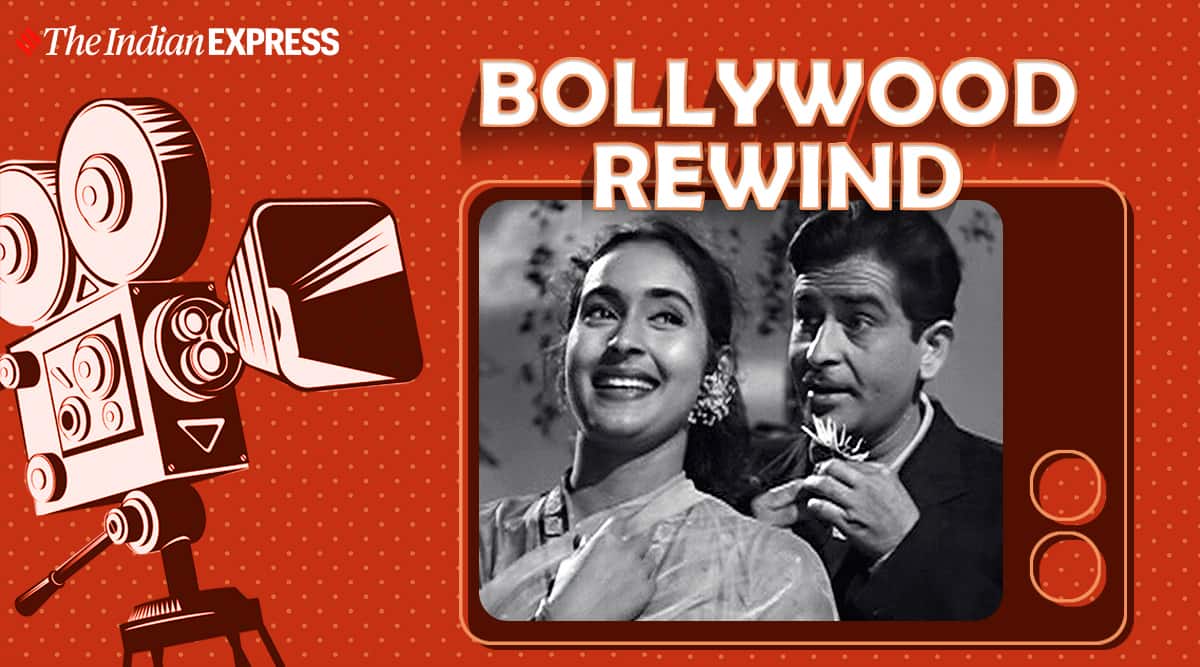 In this weekly column, we revisit gems from the golden years of Hindi cinema. This week, we revisit the 1959 release Anari.

After revisiting many popular films of the 1950s through the Bollywood Rewind series, it is evident that the filmmakers of the time were heavily focused on the rapidly increasing gap between the rich and the poor. Another recurring element that we see in many of these films is that a person’s economic stand and moral values are often shown as inversely proportional – if one goes down, the other goes up. This element of money and morality becomes the main conflict of Hrishikesh Mukherjee’s 1959 film Anari.

Starring Raj Kapoor, Nutan, Lalita Pawar and Motilal, Anari was the second directorial venture of famed filmmaker Hrishikesh Mukherjee, who was already an established editor in Hindi movies at the time. Raj plays Rajkumar, an extension of his character from Awara and Shree 420. He is lost in life, unemployed, and disappointed with the unjust world that favours the rich. Rajkumar loses a job at a restaurant because he believes that patrons should not be eating food that has bugs in it, his manager thinks otherwise.

When Raj luckily gets Rs 1000 for painting a portrait, his hands start shivering. The scene where he is caressing the note and looking at it with wide eyes makes you appreciate his humility and when seconds later, he gives that bill to Nutan’s character believing she needs it more than him, it tears you up, just a little bit. Even though he hasn’t kept that money for himself, he has a skip in his step because for the first time after ages, he has gotten a chance to be kind towards someone else. As he sings “Kisi ka dard mil sake to le udhaar, Jeena isi ka naam hai,” it forces you to reevaluate your priorities in life.

Anari’s initial conflict starts off as a comedy of errors. As Rajkumar and Aarti, played by the charming Nutan, are falling in love, she tells him about her struggle with poverty, which could not be farther from the truth. Nutan’s Aarti is the niece of a rich pharmaceutical businessman who happens to be the boss of Rajkumar as well. When Raj finds out the truth, he feels deceived and as he sings the lines “Sab kuch seekha humne, na seekhi hoshiyari. Sach hai duniyavalo ki hum hain anari”. He realises the extent of his naivety and his place in a world where the rich can’t get enough of their schemes. The film’s moral dilemma is strangely timely. Here, the world is in the midst of a flu outbreak that could be deadly, unless treated. So when Seth Ramnath’s (Motilal) company decides to amp up the production of the medicine, it is with a hope that the disease will spread far and wide. These scenes appear a bit tasteless, and not just because of their content, but also because of their no-holds-barred approach in trying to satanise the rich.

When Raj has to pay the price for Seth Ramnath’s immoral actions, the film enters a familiar Hrishikesh Mukherjee territory. Seth Ramnath is the closest thing to the film’s villain here so when Aarti accuses him of being dishonest because of his financial standing, he promptly says that it is not the money that has changed his morality, but rather it’s his love for her that has compromised his honesty. This scene is probably one of the few ones from this era that offers a bit of nuance to the ‘rich have no morals’ generalistion that was frequently seen in films at the time.

Anari was one of the biggest hits of the year. The film rests on Raj Kapoor and Nutan’s shoulders. Raj, by this time, was quite settled in playing such characters so we don’t see anything that we haven’t seen before. For Nutan, she brings in a sort of freshness that elevates Anari. The performance of Motilal is to be noted here because his character goes from white to black to grey so swiftly that it is hard to put him in a box.

Anari was one of those musical hits where an entire album can be enjoyed in one go and 62 years later, it continues to have the same effect. Apart from “Jeena Isi Ka Naam Hai” and “Hum Hain Anari”, the other evergreen gems from the album include “Woh Chand Khila Woh Tare Hanse”, “Dil Ki Nazar”, “Ban Ke Panchhi Gaaye Pyar Ka Tarana”, “Tera Jaana” – all musical masterpieces composed by Shankar Jaikishan, with lyrics by Shailendra and Hasrat Jaipuri.

Anari does not work as effectively as it did six decades ago. The film’s moral conundrum still raises some interesting questions but watching it in 2021, it all seems a little too simplistic.