Shah Rukh Khan and Kajol did not have an easy time filming Jaati Hoon Main from the 1995 film Karan Arjun, as they couldn't stop laughing. 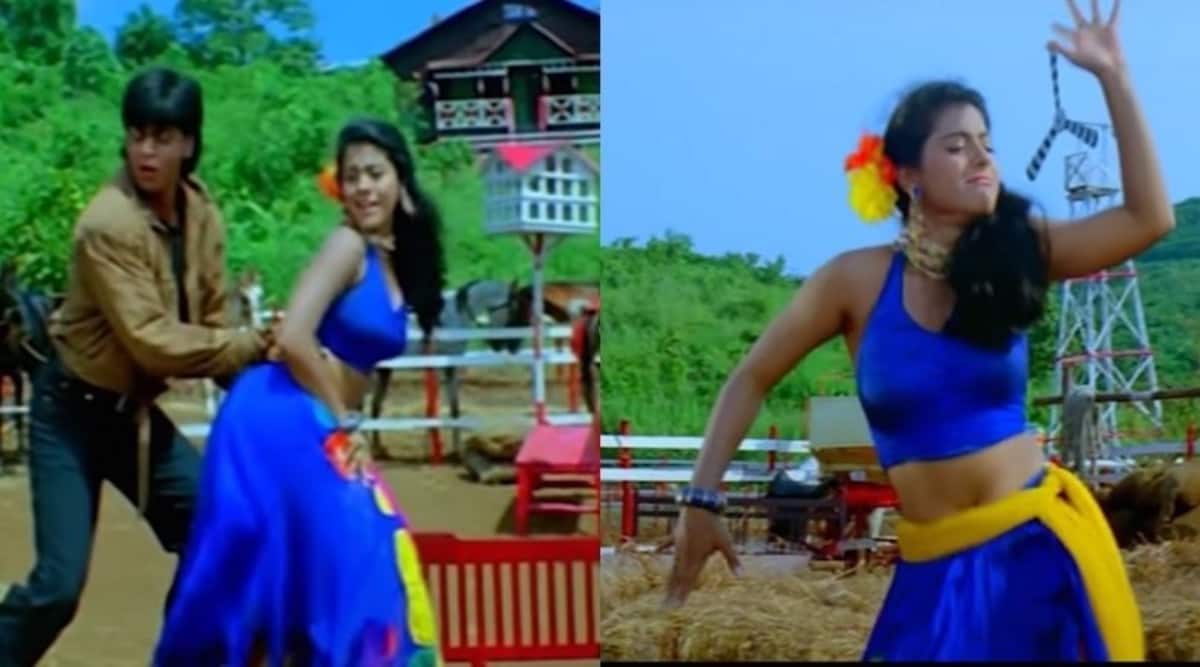 Karan Arjun, featuring Shah Rukh Khan, Kajol, Salman Khan and Mamta Kulkarni, is an iconic film of the 90’s, as it ticked all the checkboxes of that era — action, brotherhood, overwhelming emotion, fiery romances, and a pumping soundtrack to boot. It was also another film that bolstered Kajol and SRK’s image as the defining on-screen couple of the era. The duo was back after Baazigar with the revenge drama Karan Arjun, and in 1995 itself, Dilwale Dulhaniya Le Jaaenge established them as a leading pair of the industry.

However, while their chemistry appears effortless on screen, it wasn’t quite so easy for them. In a series of old interviews, Kajol and SRK discussed the awkwardness behind the shooting of their song, Jaati Hoon Main from Karan Arjun. While the song is intended to be sensuous, it is also remembered for its rather unusual dance moves. In an old interview with CNN-IBN, Karan Johar recalled how ‘distraught’ Kajol was on the set. “Chinney Prakash and Rekha Prakash were giving them very acrobatic and semi-vulgar moments to do.” At this point SRK jokingly interjected saying, “I was okay with it.” KJo continued, “But she was angry. She was sitting and reading a book on that set with her glasses, snarling, that she had to do this very in-your-face (pun intended) song.”

SRK also added, “I had to take a blade of grass and run it down her back, and the expression was to be given by the back. She was finding it difficult, I don’t know why, it’s such an easy thing to do,” he added sarcastically. He continued, “It was so funny, because Kajol kept saying ‘I can’t feel it’. It was very strange. I was trying to be helpful, but it was really strange.”

In another interview during the promotions of Dilwale, Shah Rukh Khan and Kajol had referenced the song again saying, “We had never done a song like this. Both of us were the most awkward.” Kajol added, “I can’t tell you how much we laughed.”  SRK and Kajol have many such hilarious stories together, including their song from Baazigar, where Kajol was expected to let out a sensuous gasp, but she was unable to make it as exaggerated as the makers wanted. So he was advised to give her a pinch, and she got the shot right. “For one moment, I’ve worked with her enough, but for that one moment I felt, is she going to think I’m that kind of hero, taking advantage and pinching her?”

Yet all said and done, their chemistry oozes superbly on screen and their fans are waiting for them to recreate their magic again. The duo last worked with each other in Dilwale.