But critics say the online grocers could upend the landscape of the city, where running to the corner bodega for orange juice or knowing deli workers by name has long been part of daily urban life. The explosion of internet commerce has transformed New York City, with same-day delivery of a couch, a television or the latest laptop just a few clicks away as more companies compete for faster delivery.

Now the nation’s largest city has become the biggest laboratory for the latest evolution in rapid e-commerce — a surge of online companies promising groceries at your door in 15 minutes or less, so no one has to worry about running out of milk or missing powdered cinnamon for a pound cake recipe.

“The first couple of times it certainly blew my mind at how quickly it came,” said Nick O’Keefe, 30, a construction project manager in the East Village of Manhattan. “I’d order, and within 10 minutes they were already up there, knocking on my apartment door.”

He may never go back to the supermarket. “The convenience of it far outweighs anything else,” he added. “It’s the future.”

Ultrafast grocers are already a growing part of the online market in London, Paris, Moscow and other cities. These companies are now landing in New York, drawn by its density, which provides access to many shoppers at once, and buoyed by the larger pandemic boom in e-commerce, industry experts said. But critics say the online grocers could upend the landscape of the city, where running to the corner bodega for orange juice or knowing deli workers by name has long been part of daily urban life. Some worry that the online grocers will siphon business away from local bodegas and supermarkets, and send more delivery workers onto crowded city streets already filled with food app workers racing to deliver hot meals.

“We’ve been here forever and they come from nowhere and grab a market that is our market,” said Francisco Marte, the founder of the Bodega and Small Business Association, which represents 2,000 bodegas in New York City, including some that offer online shopping.

Gale Brewer, the Manhattan borough president, questioned if companies were pushing the need for speed too far. “Who the hell needs an apple in 15 minutes?” she said. “If you want something in 15 minutes, go to the store.”

Still, online grocers are finding enthusiastic takers. They have expanded a so-called instant needs market in urban deliveries, seeking to find a niche between a stroll to the nearest store and getting a week’s worth of goods from online delivery services like FreshDirect or Instacart.

“I think about it, I buy it and it shows up,” said Deborah Weinswig, founder and CEO of Coresight Research, a firm that studies this market. “It used to be fine if it got there that week, and then it was two days, and then same day. Now, it’s like blink and it’s here.” 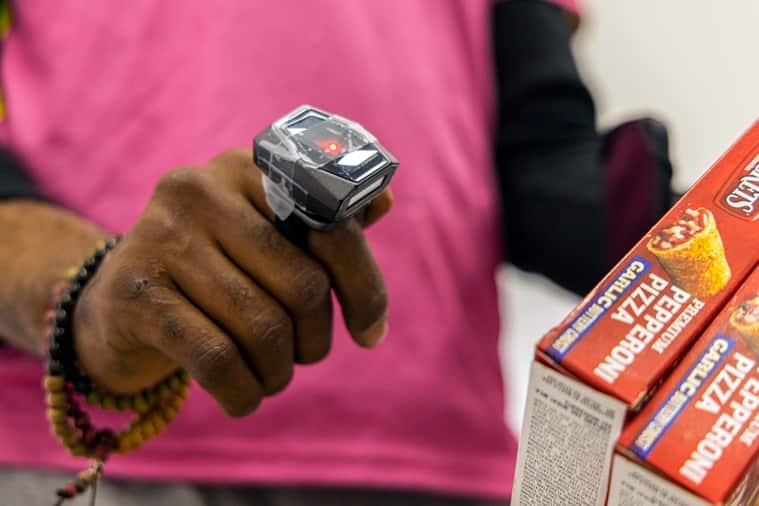 But some retail experts are skeptical that the business model can be sustained long-term, and said that the companies may eventually have to raise prices. Some companies have advertised heavily and offered steep discounts in an effort to lure customers and build market share.

“At the end of the day, how are they going to make money?” said Mark Cohen, an adjunct professor and director of retail studies at Columbia Business School. “This is the crisis of technology crashing into reality.”

Cohen said grocery companies cannot realistically deliver in 15 minutes every time as their order volumes increase, or hold on to customers who may give them a try but grow disappointed with the limited selection of products.

Yet at least half a dozen ultrafast grocers — Buyk, JOKR, Gopuff, Gorillas, 1520 and Fridge No More — have spread across Manhattan and parts of Brooklyn, Queens and the Bronx in the past year.

The stakes are high. Online grocery shopping accounts for 12% of all grocery sales nationwide, up from about 2% before the pandemic, according to Weinswig.

Buyk, which is financed with $46 million from investors, has grown to more than 1,350 orders a day since it started in August and predicted it would hit 20,000 orders a day by the end of the year, said Rodion Shishkov, its co-founder.

JOKR, backed with $170 million from investors, arrived in New York in June and has seen demand rise 15% to 20% every week to several thousand orders a day, said Ralf Wenzel, founder and CEO.

Gopuff, which was founded in 2013 in Philadelphia, expanded to New York in October with deliveries in 30 minutes or less. The ultrafast grocers operate from a network of micro hubs that are close to customers and often limit deliveries to 1 1/2 miles or less. Each hub typically stocks between 1,500 and 5,000 items, compared with 35,000 products in a supermarket. Most hubs are “dark stores” not open to the public.

Several companies, with investors funding their operations for now, said they were able to offer free or low-cost delivery and avoid marking up prices by keeping their overhead low. They buy in bulk directly from manufacturers and suppliers, save on rent because their hubs are small and do not require prime locations, and tightly control inventory to minimize waste. Dark stores also do not need employees to check out or help customers in person.

Buyk has opened 20 hubs in Manhattan, Brooklyn, Queens and the Bronx since August, and plans to have 100 across the city by the end of the year. Shishkov said he saw the growing network of dark stores as the “water pipes” for a modern delivery infrastructure system.

“It’s something that sits all over the city, generating the entry point to every household,” he said. “This entry point happens to be not for water, but for everything else you need, starting with your everyday groceries.”

This business model, Shishkov said, has already proven profitable in Russia, where he co-founded another ultrafast grocery company, Samokat, in 2017 that delivers nearly 200,000 orders a day in Moscow alone.

But Brewer criticized the dark stores for taking away neighborhood retail space that should be open to everyone, and has called on city agencies to look at whether companies are illegally operating in residential neighborhoods.

Avi Kaner, a co-owner of Morton Williams, which has 15 grocery stores in Manhattan and the Bronx, said each store draws about 2,500 customers a day and generates foot traffic for nearby businesses.

The 15-minute grocery service is “absolutely bad for the city,” he said. “In the unlikely event it was successful, it would eliminate the primary location in each community that is a gathering spot.”

“It’s the price of convenience,” Holguín-Veras said. “But I feel like I’m going against a tsunami because once you get used to that, why do you want to walk to the local store or plan ahead to buy groceries for the week?”

They also said their model of hyperlocal deliveries is more environmentally sustainable and fairer to workers. Some companies, including Buyk, JOKR and Gorillas, make deliveries only on foot and by electric bike or scooter and hire delivery workers as hourly employees, starting at or above the $15 minimum wage, plus tips and incentives, instead of using gig workers.

In interviews with more than a dozen workers, many said the hubs used technology that sped up the packing process and made their jobs easier. Buyk workers wear rings that are used to scan every item they pack to make sure they don’t grab the wrong one.

Delivery workers said it could get very busy but they did not feel overly stressed because they traveled relatively short distances. “I did 18 orders in 10 hours,” said Levar Johnson, 44, who rides an e-bike for Buyk, acknowledging that nevertheless “it’s a long day.”

Wenzel, a software engineer, said JOKR’s mission was not simply to deliver groceries in 15 minutes — the company plans to offer a range of delivery options from 15 minutes to next day — but to make e-commerce more convenient for customers by providing access to local products they want when they want it.

“It’s not only the fast delivery that motivated us,” Wenzel said. “We think there’s an opportunity to look into making commerce overall and retail become more personalized.”

Still, some New Yorkers are unimpressed by 15-minute groceries. “I prefer to shop for things myself,” said Jose Pereira Jr., 86, who lives in the Chelsea area of Manhattan.

But Juliana Jamieson, 39, was recently making Ajiaco soup in her apartment in Sunnyside, Queens, when she realized she was out of cilantro and placed an order. It came in less than 10 minutes.

“If you’re making something, and you open your fridge and you don’t see what you need,” she said, “now you can get it right away.”