The girl was pronounced dead upon arrival at a hospital. The five adults who were wounded did not have life-threatening injuries, the police said. 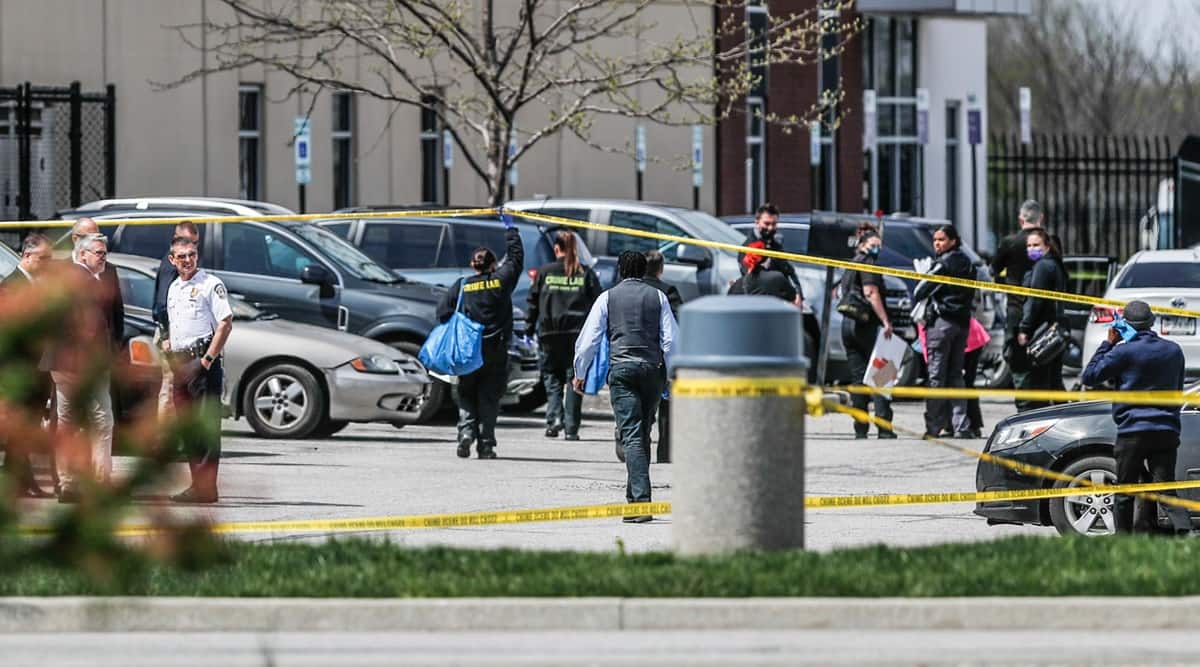 A 6-year-old girl was killed and five adults were wounded in a late-night shooting Friday in Washington, horrifying residents and frustrating investigators who pleaded with the public to help them catch those responsible.

At a news conference Saturday evening, city leaders mourned the loss of a young life, identifying the girl who was killed as Nyiah Courtney, who would have started first grade in the fall.

She had been riding her scooter on the sidewalk when she was shot.

“I am heartbroken,” said Robert J. Contee, chief of the Metropolitan Police Department. He said those responsible were “cowards who came into the community without any regard for human life,” adding, “I am sick and tired of being sick and tired.”

Police said shots had been fired from a gray sedan that quickly fled the scene.

Nyiah was pronounced dead upon arrival at a hospital. The five adults who were wounded did not have life-threatening injuries, the police said.

Officials implied that the shooting had resulted from a personal dispute but said they could not confirm a motive. Police officers were already near the scene at the time, officials said, noting that an officer had stepped out of a car 34 seconds after the first shot was fired.

“That should tell you the brazenness of the individuals involved,” Contee said.

Gunfire was reported at 11:11 p.m. near an intersection in the capital’s Southeast quadrant.

Ashan M. Benedict, the department’s executive assistant chief of police, said at a separate news briefing earlier Saturday that officers had heard gunshots on Martin Luther King Jr. Avenue and had rushed to the scene.

Speaking with anger and urgency, officials pleaded with the community to take responsibility to help make their neighborhood safer.

“Nyiah was killed; somebody else could be killed tonight,” Mayor Muriel Bowser said. “It’s also very important that while we look for the killers of Nyiah, we also prevent the next murder, and that is within our sphere of influence as a community.”

A team of officers organized a bike patrol in addition to about a dozen patrol cars that were stationed in the area. But police leaders made it clear that increased patrols would not be enough.

Martin Luther King Jr. Avenue is lined with retail stores. But the main thoroughfare branches off into narrower tree-lined streets, with hundreds of homes behind chain-linked fencing. As early evening set in and a light rain fell, a bouquet of balloons tied on the street corner in remembrance of the victim had grown to several dozen.

Novella Holiday, who lives near where the shooting occurred, said she had not been surprised by the violence. During the day, the shops and the sidewalks along the avenue are largely filled with families, most with young children, but at night shootings are common, she said.

“It saddens me,” Holiday said Saturday morning as she sat on her front porch. She said that since she had moved into her home four years ago, she had heard gunshots many times.

“It’s very disturbing,” Holiday said. “If I had it my way, guns would disappear.”

Ephrame Kassaye, the longtime owner of Mellon Market, a convenience store a block from where the shooting happened, said he had known Nyiah, who called him “Curly.”

“She had a sister who was 4, 5 years old,” he said. “I don’t know how they’re going to explain to her where her sister went.”

The shootings left several residents with a sense of despair over how to curb the violence. Some noted that the shooting had happened one block from where a patrol car had been parked.

“The issue isn’t a lack of police presence,” said Salim Adofo, who chairs the advisory neighborhood commission. “The issue is that people don’t care.”

Homicide rates in large U.S. cities last year were up by more than 30% on average, according to criminologists. With coronavirus pandemic restrictions receding across the country, police departments have been concerned about the potential for a rise in violence this summer.

In Washington, data from the Metropolitan Police Department indicates that as of Friday, the number of homicides so far this year — 101 — is exactly the same as it was at this point in 2020.