UN Secretary-General Antonio Guterres appealed to the Taliban to stop breaking its promises to allow women to work and girls to have access to all levels of education. 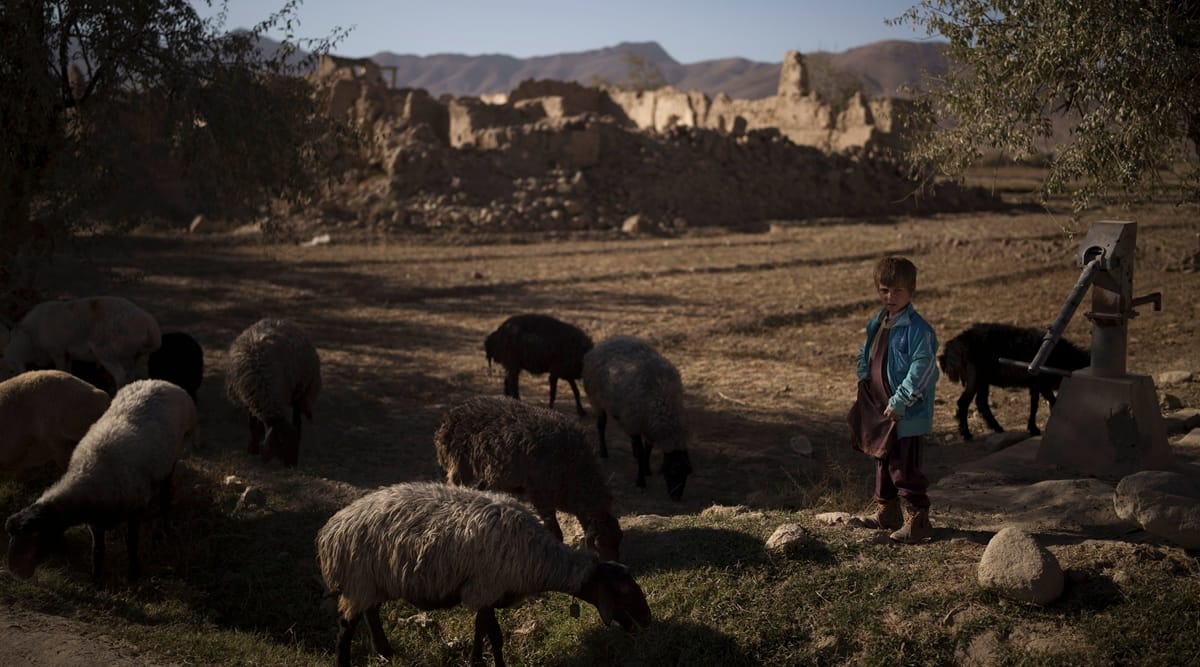 Warning that Afghanistan is facing “a make-or-break moment,” the United Nations chief on Monday urged the world to prevent the country’s economy from collapsing.

Secretary-General Antonio Guterres also appealed to the Taliban to stop breaking its promises to allow women to work and girls to have access to all levels of education.

Eighty percent of Afghanistan’s economy is informal, with women playing an overwhelming role, and “without them there is no way the Afghan economy and society will recover,” he said.

He said the UN is urgently appealing to countries to inject cash into the Afghan economy, which before the Taliban takeover in August was dependent on international aid that accounted for 75 per cent of state spending.

The country is grappling with a liquidity crisis as assets remain frozen in the US and other countries, and disbursements from international organizations have been put on hold.

“Right now, with assets frozen and development aid paused, the economy is breaking down,” Guterres told reporters at UN headquarters in New York. “Banks are closing and essential services, such as health care, have been suspended in many places.”

The UN chief said that injecting liquidity to prevent Afghanistan’s economic collapse is a separate issue from recognition of the Taliban, lifting sanctions, unfreezing frozen assets or restoring international aid.

Guterres said cash can be injected into the Afghan economy “without violating international laws or compromising principles.”

He said this can be done through UN agencies and a trust fund operated by the UN Development Program as well as non-governmental organizations operating in the country. He added that the World Bank can also create a trust fund.

Leaders of the world’s 20 largest economies — the G-20 — are holding an extraordinary meeting to discuss the complex issues related to Afghanistan on Tuesday.

On the issue of “the injection of liquidity in the Afghan economy,” Guterres said, “I think the international community is moving too slow.”

The Taliban overran most of Afghanistan as U.S. and NATO forces were in the final stages of their chaotic withdrawal from the country after 20 years. They entered the capital, Kabul, on August 15 without any resistance from the Afghan army or the country’s president, Ashraf Ghani, who fled.

Guterres pointed to promises by the Taliban since the takeover to protect the rights of women, children, minority communities and former government employees — especially the possibility of women working and girls being able to get the same education as boys.

“I am particularly alarmed to see promises made to Afghan women and girls by the Taliban being broken,” he said, stressing that “their ability to learn, work, own assets, and to live with rights and dignity will define progress.”

However, Guterres said “the Afghan people cannot suffer a collective punishment because the Taliban misbehave.”

He said the humanitarian crisis in Afghanistan is growing, affecting at least 18 million people, or half the country’s population.

Guterres said the UN has been engaging the Taliban every day on the safety and security of its staff, unhindered humanitarian access to all Afghans in need, and human rights — especially for women and girls.

“Gender equality has always been an absolute priority for me,” he said.

As an example, the secretary-general said, the UN has been engaging the Taliban province by province, to ensure that the UN’s female humanitarian staff have unimpeded access, and “we will not give up.”

In September, Guterres said, the UN reached agreement with the Taliban on freedom of access for women staffers in six provinces, up from three at the beginning of the month.

It reached “partial agreement” in 20 provinces, up from 16 on September 1, and no agreement in four, down from six at the beginning of the month, he said. It hasn’t been able to engage in four provinces.

While humanitarian assistance saves lives, it won’t solve the country’s crisis unless an economic collapse is avoided, Guterres said.

“Clearly, the main responsibility for finding a way back from the abyss lies with those that are now in charge in Afghanistan,” he said.

Nonetheless, he warned, “If we do not act to help Afghans weather this storm, and do it soon, not only they but all the world will pay a heavy price.”