After the Western withdrawal and the collapse of Afghanistan's former government, Taliban militants are struggling to define their purpose as the group switches from fighting to governance. 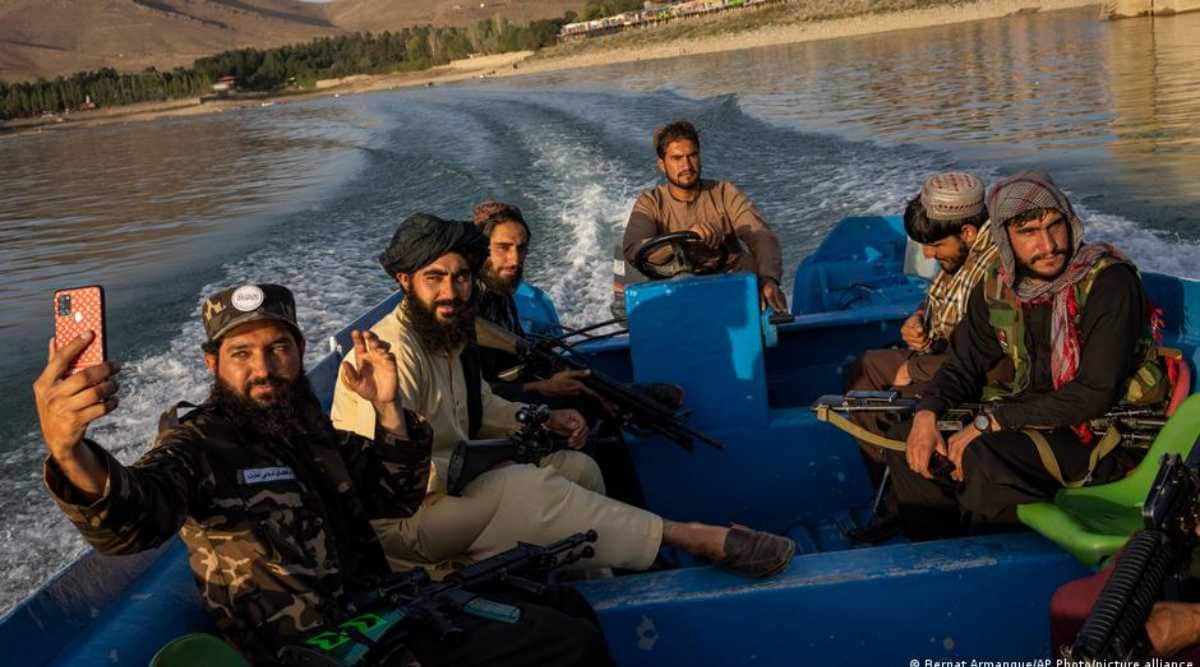 In the first half of August, Taliban forces toppled the previous, internationally backed Afghan government in a lightning offensive.

This swept Taliban fighters, who had spent years “in the mountains” — an often literal euphemism for waging guerrilla warfare — into cities, towns, and regular army bases abandoned by former government forces.

Now, the militant group wants to build “strong security forces,” as one Taliban commander put it to DW.

However, he and other group leaders struggle to articulate what exactly their purpose is, as their primary enemies have left the battlefield.

“The [Taliban] special forces units were not only established to fight the former government, but any group that poses a risk, such as Daesh,” Usman Jawhari, the long-serving commander of Taliban special forces in the remote eastern Afghan province of Nuristan, told DW.

Daesh is the Arabic acronym for the self-declared Islamic State (IS).

Who is Taliban still fighting in Afghanistan?

While IS has been active in Afghanistan since at least early 2015, the group has remained largely confined to the provinces of Kabul, Nangarhar, and Kunar.

In these provinces, the Taliban have conducted operations targeting IS in the past and have continued to do so since they took power.

However, these kinds of operations are not numerous enough to keep the entire Taliban force busy. In Nuristan province, IS has yet to claim or carry out any attacks.

“In Nuristan, there is no Daesh. Currently, there is no enemy at all around,” said “Janat,” a member of the Taliban special forces in Nuristan.

Jawhari also acknowledged that threats to the Taliban have decreased. “Compared to before, they are less than 1%,” he said.

However, he added that Afghanistan “as any other country, needs a strong army” in order to protect itself against anyone who might want to threaten it.

Asked about specific threats to the Taliban’s self-declared “Afghan Emirate,” Jawhari said “time will tell.” However, he added that the US withdrawal removed the Taliban’s main foreign adversary.

In this context, he also reiterated the Taliban’s official line that the group does not pose any threat to other countries and that their plans are confined to Afghanistan.

What is the Taliban’s plan?

The lack of clarity about the objectives of Taliban forces after the defeat of the Afghan Republic is not limited to Nuristan province.

For example, after the Taliban announced new “martyrdom-seeking” special forces units in the northeastern provinces of Badakhshan, Takhar, and Kunduz to protect Afghanistan from “enemies,” local sources in Badakhshan told DW that the Taliban did not specify who these enemies are and that it remains unclear what exactly these units are doing.

In this absence of a clear enemy and mission, the men of Nuristan’s Taliban special forces unit are, according to one of them, busy with military training, religious studies, training to drive heavy vehicles, and building maintenance. They also patrol, but only in the vicinity of their compound, Jawhari said.

Although the Taliban announced commanders for their new military corps on October 4, the exact structure of the force remains unclear.

Before the Taliban took control of the Afghan government, fighters were under the command of the military commission, Jawhari said. This Taliban commission was responsible for all Taliban fighters.

The Ministry of Interior Affairs in Afghanistan’s former, toppled government was responsible for maintaining police special forces throughout Afghanistan. The Ministry of Defense did, in general, not have a monopoly on military forces. It remains to be seen if the Taliban will also rule under a similar setup.

“While accounts of unclear military structures are numerous from across the country, this is most visible in Kabul, where, for example, several commanders claim to be responsible for the same area or issue,” an Afghanistan-based security analyst told DW under condition of anonymity for security reasons.

“When these commanders come from different areas of the country — which is common — competing claims can result in political, at times even violent, disputes,” the analyst said.

Elizabeth Threlkeld, the Director of the South Asia Program at the Stimson Center in Washington DC, told DW that “the transition from fighting to governing is particularly challenging for groups like the Taliban’s special forces.”

“They were key in securing the Taliban’s military objectives, but their future mission is less clear now that the war has largely been won. While the Taliban have proven adept at maintaining cohesion, continuing to do so going forward will require defining their future role,” she added.