The new law had been months in the planning but was hurried through Parliament after an extremist inspired by the Islamic State group grabbed a knife at an Auckland supermarket on Sept. 3 and began stabbing shoppers. 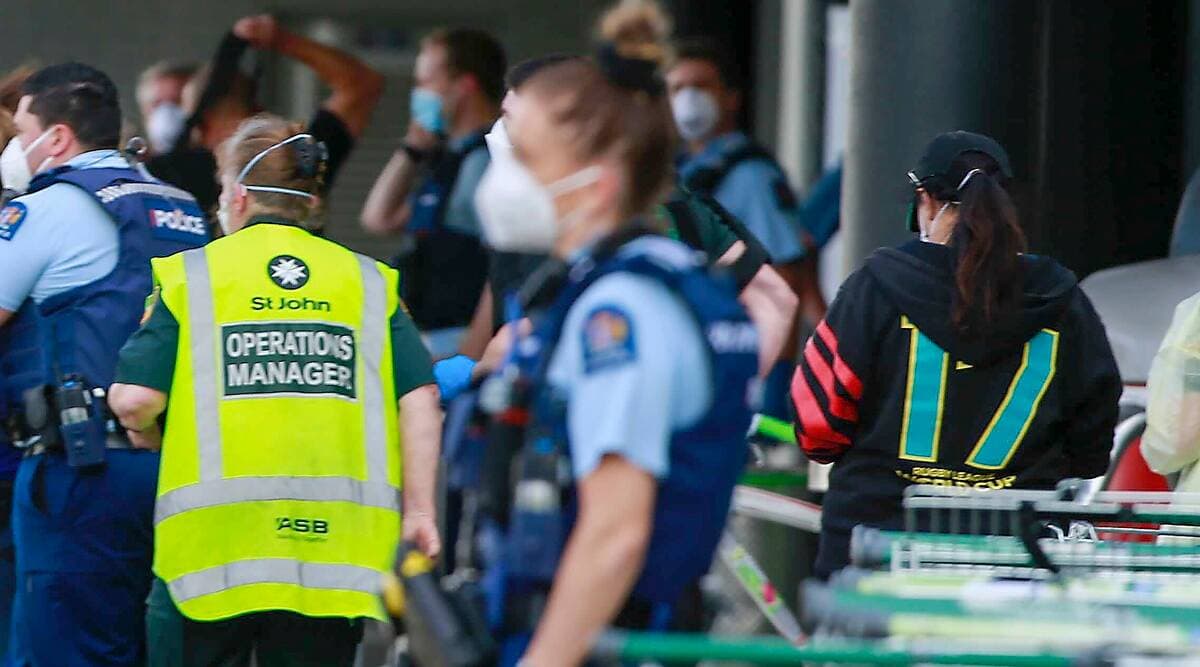 New Zealand politicians on Thursday passed a law that makes plotting a terrorist attack a crime, fixing a legal loophole that was exposed earlier this month by a violent knife attack.

The new law had been months in the planning but was hurried through Parliament after an extremist inspired by the Islamic State group grabbed a knife at an Auckland supermarket on Sept. 3 and began stabbing shoppers. He wounded five while two others were injured in the chaos. All have been recovering.

Police officers shot and killed the extremist, Ahamed Aathil Samsudeen, after they said they confronted him in the supermarket and he charged at them with the knife. Authorities had been following him for 53 days straight, worried he planned to launch an attack at any moment after he was released from prison in July. However, police had found no legal reason to detain him.

A year earlier, prosecutors had unsuccessfully tried to charge Samsudeen with terrorism after he bought a large hunting knife and was found with violent Islamic State videos.

Prosecutors argued there was evidence he purchased the knife with the intention of killing people and to further an ideological cause. But a judge ruled the act of buying a knife wasn’t enough to proceed with the case.

The judge found New Zealand’s anti-terror laws didn’t specifically cover plots. That “could be an Achilles’ heel,” the judge acknowledged at the time, adding that it was not up to a court to create new laws.

After the attack this month, Prime Minister Jacinda Ardern vowed to pass the new legislation by the end of September. But Ardern also said that even had the new law been in place, it may not necessarily have stopped Samsudeen.

“This bill strengthens our counterterrorism laws to better prevent and respond,” said lawmaker Ginny Andersen, from the liberal Labour Party. “And these changes will also enable police to intervene earlier. If it saves lives, and makes New Zealanders safer, I believe that is a good thing.”

New Zealand’s terrorism laws date back to soon after after the Sept. 11, 2001, attacks in the US Changes were recommended after a 2019 attack, in which a white supremacist gunman killed 51 Muslim worshippers at two mosques in Christchurch during Friday prayers.

The conservative National Party joined Labour in voting in favor of the bill, which passed by 98 votes to 22. But some of Ardern’s traditional liberal allies in Parliament voted against it.

The Green Party said their members were worried the new law had been rushed through without enough consultation, and that the definition of terrorism had been expanded to the extent it risked capturing “direct action, activism, and protest.”

The Greens said they were also worried that some experts had characterized the new offense as a “thought crime,” and that accompanying powers allowing authorities to carry out warrantless searches increased the risk for human rights abuses.

The new crime of planning a terrorist attack comes with a maximum penalty of seven years’ imprisonment. The bill also criminalizes travel to or from New Zealand to carry out an attack, and weapons or combat training for a terrorist attack.

Ardern has also been examining whether changes are needed to New Zealand’s deportation laws and policies after authorities canceled Samsudeen’s refugee status on the basis of fraud in 2019 and ordered him deported back to Sri Lanka. An appeal by Samsudeen was still pending when he launched his attack.