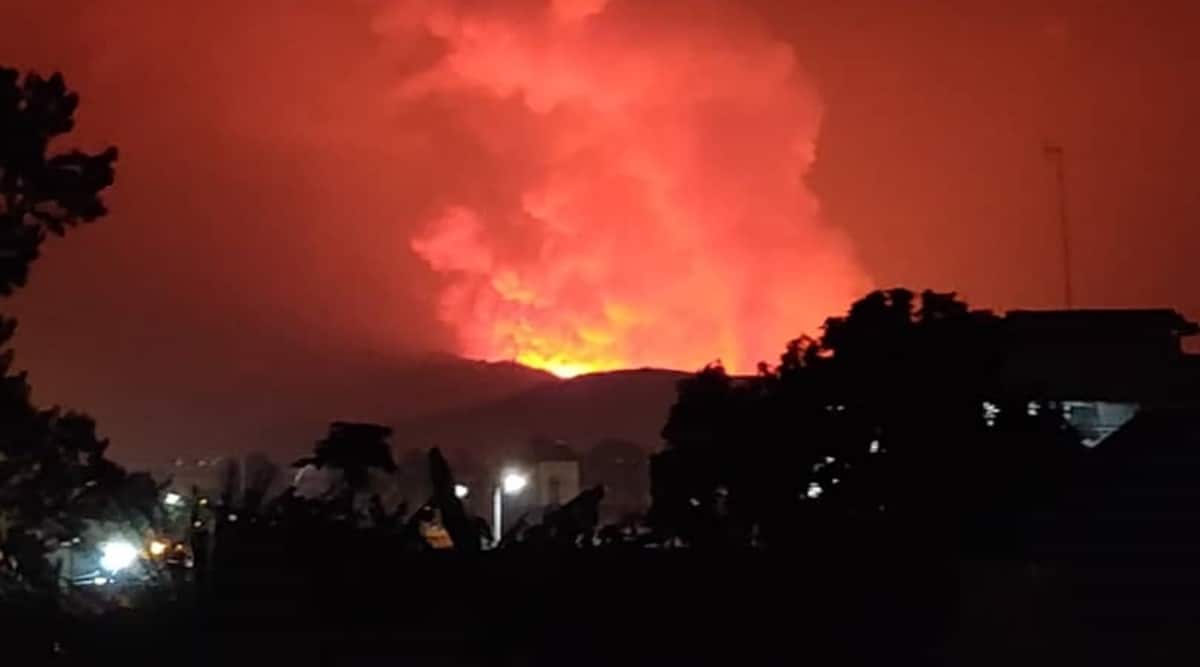 When 24-year-old Pravallika Reddy looked outside her window towards Goma she couldn’t understand what was happening. “I didn’t hear any sound. Then the sky turned red and suddenly the watchmen and local police came running saying there was a volcanic eruption,” Reddy recalled the frightening incidents of May 22. Lava had started spewing from Mount Nyiragongo, forcing thousands in the Congolese capital to flee to safety across the border into Rwanda.

Heeding local government orders calling for evacuation of the city, thousands of people began fleeing on foot and in vehicles, carrying whatever little belongings they could. Crossing the international border into Rwanda was a safer bet for many as Goma is bracketed between the volcano and Lake Kivu. The international border runs through the urban sprawls of Goma and Giseyni in Rwanda. The Rwandan capital of Kigali is over 160 km further down.

Reddy, her husband Vishal and their employees who live next door, packed a small bag with essentials, passports and some money and left their home. But crossing the border was impossible on that day because of the crowds— Goma is a city of 2 million residents. The Reddys were forced to seek accommodation in hotels near the border and try again the next morning. 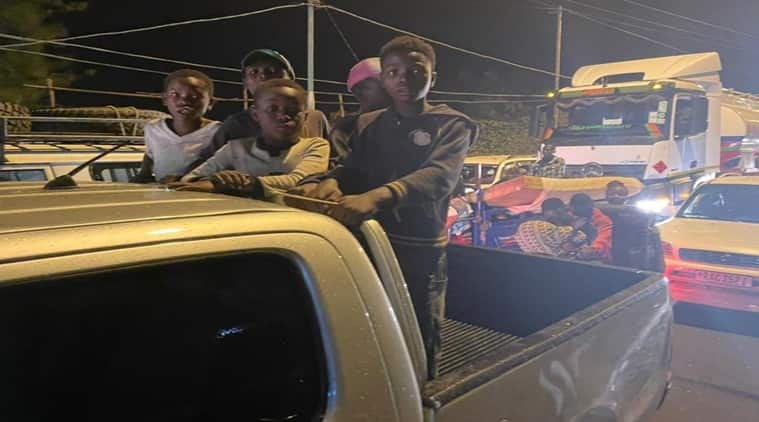 Although the lava flow stopped, aftershocks continued through the week, with the Goma Volcanological Observatory issuing a warning of the possibility of a new eruption, making people desperate to leave. News reports and videos from Goma showed heavy traffic on the main exit roads from Goma, with people moving in all directions, mostly on foot, carrying whatever they could. Some took to boats to keep Lake Kivu between them and the volcano. Many in the small Indian community in Goma, comprising mostly business owners and their employees, have chosen to cross over to Rwanda, in part because they have acquaintances in Kigali, where help would be easier to find unlike elsewhere in the Congo, the community told indianexpress.com. 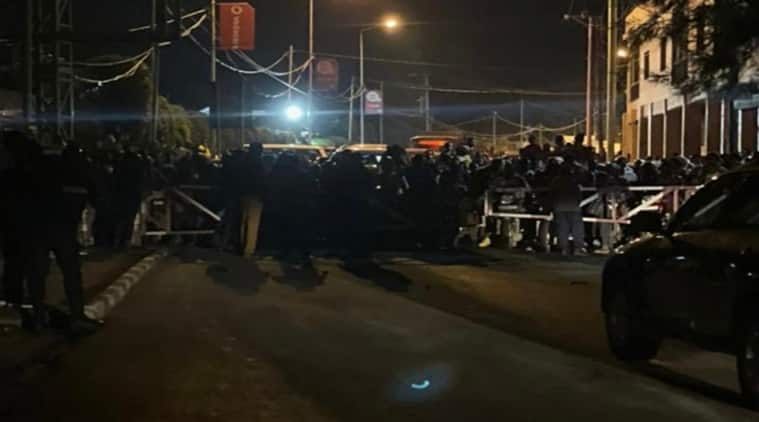 “People are crossing over if they have friends and family in Rwanda so that they have food, shelter etc. Local residents are going to Sake, but it is a mountainous area and there are no houses there. People are just taking mattresses and trying to find shelter there and most of them are stranded without food and shelter,” said Reddy, of the region an hour’s drive from Goma.

Although Jignesh Raiyarela has lived in Goma for close to two decades with his family, this was the first time he had seen Mount Nyiragongo erupt. When it had last erupted in 2002, it had claimed at least 100 lives. In 1977, its deadliest eruption on record had killed over 600 people, a Reuters report said. 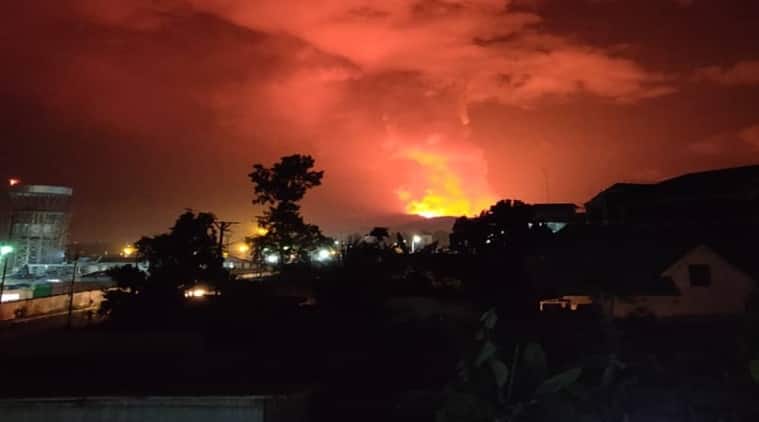 Raiyarela was in his restaurant on the evening it erupted, turning the skies above a deep orange. “It looked like a ball of fire was sitting on top of the mountain,” he said. Over the past week, Raiyarela was unwilling to leave the city because it would have meant closing his restaurant and uncertainty of how and when a return would be possible.

“We can rush to the border in two to three minutes so we decided to stay in the restaurant. We thought if lava approached downtown, then we would leave as well, but luckily it stopped. I have a 3-year-old child and we are really concerned. If it had approached the restaurant, we would have been forced to leave the town and go to Rwanda,” Raiyarela.

But not all Indians are looking to flee. There is the fear that their businesses and residences would be looted if they leave and the losses they would incur in the process. But five days after the first eruption, as strong tremors reached up to 4.9 magnitude on the Richter scale, there were concerns that the aftershocks could cause more lava to escape from the cracks in the mountain, forcing the Governor of North Kivu to order residents to evacuate as a precautionary measure, leaving residents with no choice but to leave the city.

The Indian community in Goma is relatively small—some 130 people live here with a few dozen crossing over from Rwanda every day for work and returning in the evening. Two days after the first volcanic eruption, many in the Indian community who had evacuated to Rwanda had returned to Goma, said Raiyarela. “People have returned after crossing the border, because in Rwanda they have to shelter in an open stadium. So there isn’t any place for them to go.”

The community said they have also struggled with access to information and have received little assistance from local government authorities and have been left to fend for themselves. 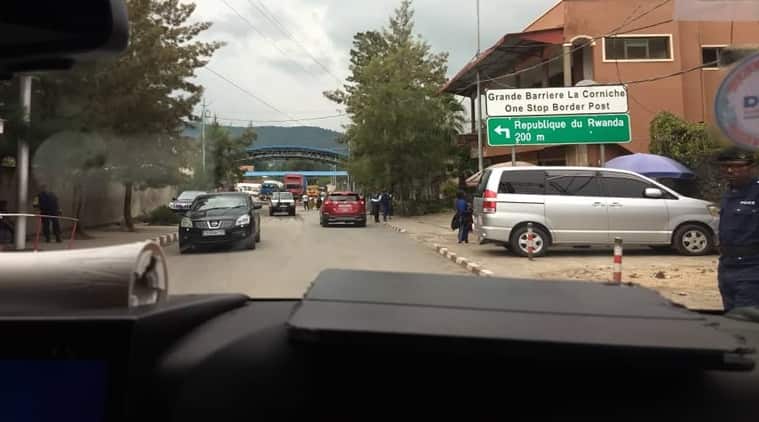 Community groups on WhatsApp and other social media platforms for Indian nationals in Goma have stepped in instead to offer assistance and updates. When Reddy and her family crossed into Rwanda on Monday, they evacuated with six of their employees. “There was another tremor on Monday and we decided to cross over in whatever way was possible. There was some damage to our office, but we closed the shops,” Reddy said of the family business that runs diversified operations in Goma. 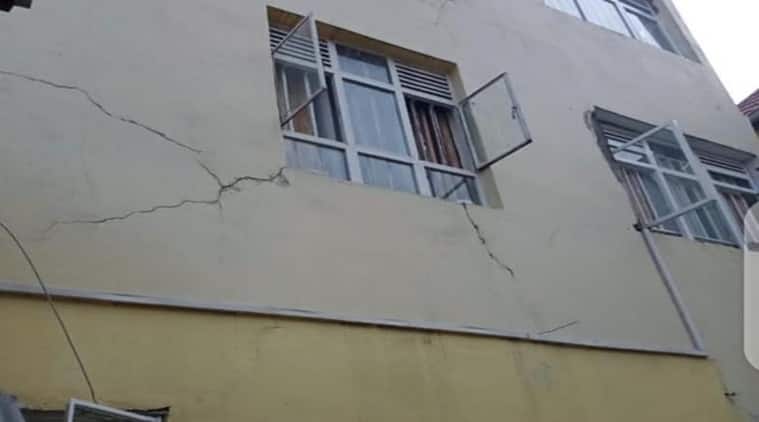 “When the volcano first erupted, they didn’t ask people for Covid-19 tests. But when we tried crossing on Monday, we had to sit for rapid tests at the border crossing,” Reddy said. That process took close to five hours after which the family drove for another three hours to reach an acquaintance’s home in Kigali, over 160 km from Goma. 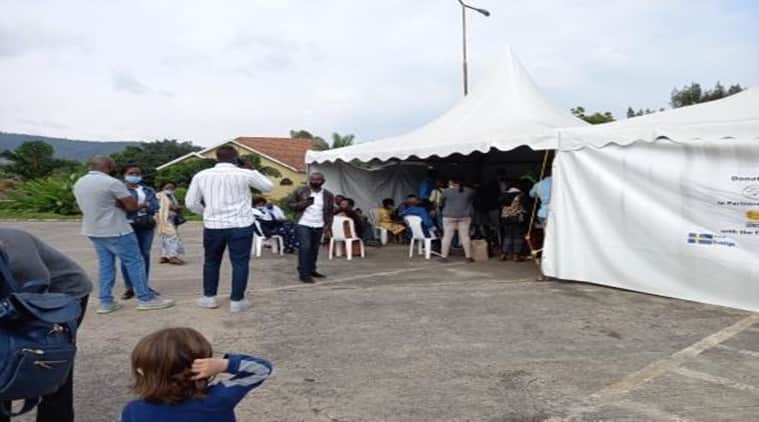 It is unclear how many residents have left Goma, but the UNHCR had estimated that approximately 400,000 people may have been potentially affected by the evacuation order. Like other residents of Goma, the Indian community is unclear when they can return home but they anticipate being away for at least another week. “It has been a worrying situation here. We’ve all been providing support to each other because many are experiencing it for the first time,” said Raiyarela.